A PENARTH café has been vandalised again, for the second time in the space of a year.

Willmore’s 1938, on Stanwell Road, is owned by Matthew Holland and Charlotte Court. Just last week, the side of their building was vandalised with what looks like initials.

The shop owners say they have had their “fair share” of “tagging” and would not call what has been done to their cafe graffiti, but “a mess”.

“The last time we were tagged we tried to make a positive out of a negative and commissioned a local artist to draw over the tag,” they said.

The previous vandalism on their cafe building, which they later had covered.

“Now this has been done and we won’t be able to remove it due to the cost of putting up scaffolding.

“The health and safety issue is a nightmare. They could have have killed themselves.

“The roof is nearly 100 years old and has been damaged. You’ve upset us, caused us emotional hurt.

“We totally understand young people’s frustration at the lockdown. We’d have hated if it was us in locked at a young age. But this is someone’s business that has struggled during lockdown, supported the community and tried to do our best through the pandemic. 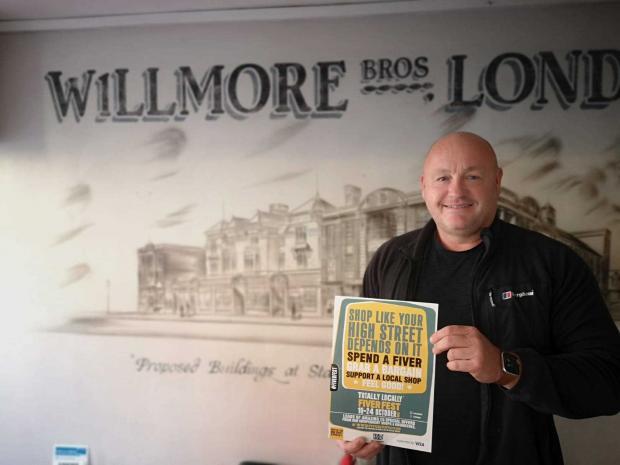 “A family member of one of the people involved in the top tag had contacted us anonymously through social media saying they were sorry and were dealing with the person involved.

“They were offering to paint over one night again but the risk of being hurt is our concern. We really appreciate the person reaching out to us and we do understand.

“We feel upset, angry and annoyed. How are we going to get it off? It will probably be there for a very long time.”

Vandalism is defined as the deliberate destruction of or damage to public and private property. With business premises, one of the most common forms of vandalism is smashed windows and graffiti.

The Vale of Glamorgan council have no duty/authority to remove graffiti from private property (unless offensive and only with the permission of the owner).

It is the legal responsibility of the land or building owner.

A spokesperson for South Wales Police said: “Police in Penarth have been made aware of graffiti to the side of a building on Stanwell Road, Penarth.

“Graffiti is a real blight on our community and we hope that members of the public can help us to identify those responsible for this damage.

“Anyone with information is asked to contact South Wales Police on 101 or Crimestoppers anonymously on 0800 555 111.