The Earl and Countess of Wessex will visit Northern Ireland and the Princess Royal will visit Scotland with all the members of the monarchy attending public events marking the Platinum Jubilee.

The Prince of Wales and Duchess of Cornwall are likely to be in the capital attending events over the four-day weekend in June and it is not know which engagements the Duke and Duchess of Sussex will participate in.

Harry and Meghan confirmed on Friday, also their son Archie’s third birthday, that they were “excited and honoured” to attend the commemorations for the monarch’s milestone in June with their eldest child and his sister Lilibet.

During her Diamond Jubilee celebrated in 2012 the Queen and Duke of Edinburgh made an extensive tour of the country over a three-month period.

Details have been released about some of the arrangements for the Platinum Jubilee with the gathering of royals on the Buckingham Palace balcony, after the Trooping the Colour ceremony, limited to just working royals and with the Duke of York and Harry and Meghan omitted from the line-up.

The monarch’s decision to only include royals carrying out official public duties was taken “after careful consideration”, Buckingham Palace said. 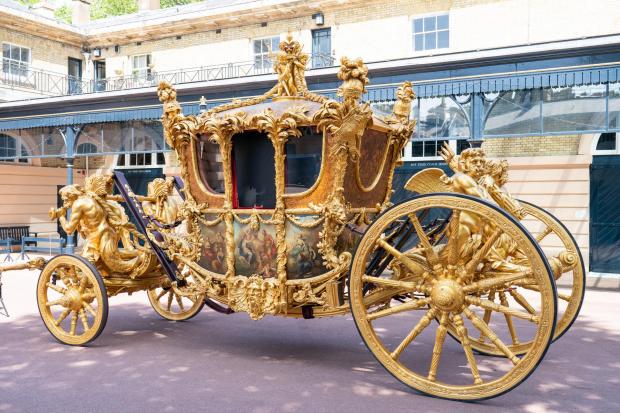 The symbolic move is likely to be interpreted as a snub to the Sussexes, who quit the monarchy for a new life in the US two years ago, and to Andrew, who was cast out of the institution over his civil sexual assault case.

A Palace spokesman said: “After careful consideration, the Queen has decided this year’s traditional Trooping the Colour balcony appearance on Thursday, June 2 will be limited to Her Majesty and those members of the royal family who are currently undertaking official public duties on behalf of the Queen.”

There will be no ceremonial journey to the service of thanksgiving at St Paul’s Cathedral on Friday, June 3, and the 96-year-old monarch, who is facing mobility issues, will use a different entrance rather than scaling the steep steps. The full results in Gwynedd local elections 2022: Plaid strengthens its position at the expense of Labour and independents