White House oncologist and Obamacare architect wants to die at 75

A world-renowned oncologist and one of the architects of Obamacare will refuse any medication in 10 years to achieve his goal of dying at 75 – including antibiotics, chemotherapy and even pain meds.

Unlike many elites with ambitions of immortality, Dr Ezekiel Emanuel, 65, will act as if medical leaps made over the last 200 years never happened and make no efforts to cheat death.

The physician dedicated large parts of his career to saving the lives of elderly Americans, but his personal belief is that old age is a burden on society and loved ones. Dr Emanuel, who served in both the Obama and Biden administrations, says there is also a lack of dignity when aging past 75. 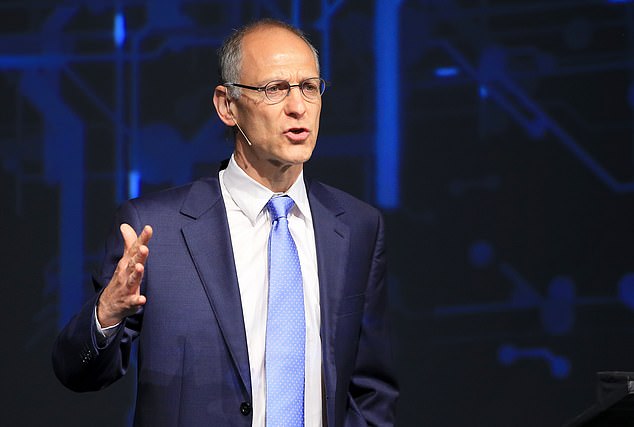 Dr Ezekiel Emanuel (pictured), a former Obama Administration official, said he plans to swear off all medical treatment after age 75 so he can die while he is still healthy and vibrant

The doctor, who is in good health now, first wrote about his goal in a morbid essay published in The Atlantic titled ‘Why I hope to die at 75’ in 2014.

It has recently resurfaced after Dr Emanuel interviewed with the British press now that the deadline is ten years away.

Major medical advancements have allowed people in the Western world to live significantly longer now than in previous decades, with the average American living in 2023 expected to reach the age of 77 compared to just 59 a century ago.

Dr Emanuel notes that while people have more years of life now than before, the amount of years they are healthy has not increased much.

‘There is a simple truth that many of us seem to resist: living too long is also a loss,’ he wrote in his essay .

‘It renders many of us, if not disabled, then faltering and declining, a state that may not be worse than death but is nonetheless deprived.

‘It robs us of our creativity and ability to contribute to work, society, the world.’

The degradation of health someone goes through in old age can also rob a family of valuable time and resources.

According to the US Bureau of Labor Statistics, more than 40million Americans provided unpaid care to an elderly person in 2018 – the most recent available data.

Around half of them provide care to an elderly person – usually a family member or other person in the household – either every day or several times per week. In nearly 40 percent of cases, the person receiving the care is aged 85 and older.

Dr Emanuel also notes when a person lives especially long – into their 90s or even 100s – their children may have to spend their own retirement caring for a parent.

At this point in life they are not who they once were, either.

Dr Emanuel said people whose health slowly degrades over time will be remembered for who they are at the end of their lives rather than in their prime.

The version of their lives that will remain in loved ones’ minds will be someone who is feeble, needy and ‘even pathetic’ – not vibrant and full of personality.

The irony of his claims are that he is best known for his work with the Obama Administration when he served as chief of the Clinical Center’s Department of Bioethics at the National Institutes of Health.

He worked closely with the president to craft the Affordable Care Act – which proved to be one of the nation’s largest expansions of public healthcare in 2010.

The expansion of Medicaid and a slew of other changes to US health care that came alongside the law undoubtedly helped millions of elderly Americans extend their lives.

Despite his wish to die soon after the next decade, he does not support euthanasia – saying he thinks resources used for assisted suicide care could go towards end-of-life counseling.

Dr Emanuel does not want to die at age 75, but wants to go ‘naturally’, as he puts it, after that age. 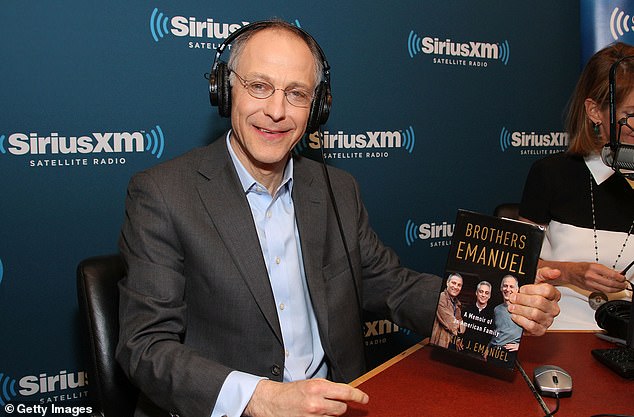 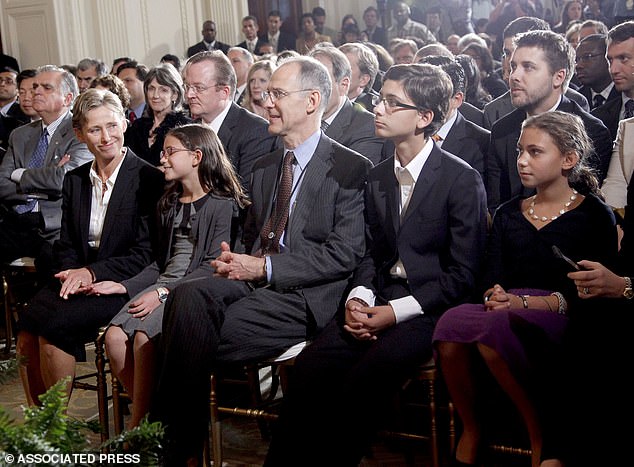 A major genetic analysis of people, rodents and fish found the length of their DNA was directly linked to their biological age.

Shorter genes were associated with shorter lifespans, while longer genes were linked to better health and longevity.

Scientists believe if they can hijack this mechanism, it could pave the way for a fountain of youth drugs that could slow — or even reverse — aging.

Dr Thomas Stoeger, lead author of the study from Northwestern University in Illinois, said: ‘I find it very elegant that a single, relatively concise principle seems to account for nearly all of the changes in the activity of genes that happen in animals as they age.’

Therefore a very long gene yields a large protein, and a short gene yields a small protein. A cell needs to have a balanced number of small and large proteins to achieve homeostasis, and problems occur when that balance gets out of whack.

If he develops cancer, for example, he will not seek treatment and instead just let the disease kill him.

He also plans on receiving his last cancer screening at age 65.

The physician admits that his own daughters are not happy with his plans, and he hopes that he will renege once he is staring down the prospect of dying ten years from now.

His mother is still alive at age 89, and his father lived to 92 before passing away. She is also uncomfortable with his decision, The Times reports.

Rahm Emanuel, Ezekiel’s brother who served as Obama’s chief of staff and as mayor of Chicago, jokingly asks regularly how many years he will still need to put up with his brother.

His family, and others around him, often cite examples of high-profile people still finding success and showing mental acuity past 75.

Dr Anthony Fauci, a leading figure in America’s fight against Covid, just retired from his post at the ripe age of 82.

President Joe Biden was sworn into office at 79, and despite some speculation that he is cognitively declining, he has maintained the role in office.

Dr Emanuel considers cases like Dr Fauci and President Biden to be outliers, though, saying it is unlikely for a person to remain in great cognitive health that far into their life.

He says that in most cases, people of Fauci’s age are a burden on public resources.

For example Medicare, America’s public health service available to those 65 and older accounts for more than 20 percent of America’s health spending.

In 2021, the most recent data from the Center for Medicare and Medicaid Services (CMS), $900billion was spent on Medicare.

The CMS projects a 7.8 percent growth in Medicare spending in the US between 2019 and 2028 – making it the fastest growing health expenditure in America.

This because Americans both live longer and because of the rapidly rising costs of common medications.

In peer nations such as Canada and the UK – which also have expanded public health systems – average residents live past 80 years old.

Dr Emanuel has also taken aim at what he calls ‘immortals’, who invest in longevity – saying many forget the world can, and will, continue without them.

Interestingly, Dr Emanuel is not a proponent of euthanasia or assisted suicide – a practice becoming more common in the western world.

He says that many people who opt for euthanasia are not doing so because of an unbearable disease, but instead to die on their own terms and avoid psychological distress.

Instead, he thinks resources spent on assisted suicide should instead be put towards counseling and other near-end-of-life services for the elderly.

Donation will provide 350,000 free breakfasts for children across the UK