What being hit by lightning really looks like: Gruesome injuries of 50-year-old

You’ve got up to a one in a million chance of being hit by lightning.

But, despite the phenomenon being extremely rare, it does still happen.

Doctors in Italy have shared shocking pictures of the devastating injuries a lightning bolt can cause.

The images are of a 50-year-old man who was struck while riding his bike in a forest during a summer rainstorm. He later died. 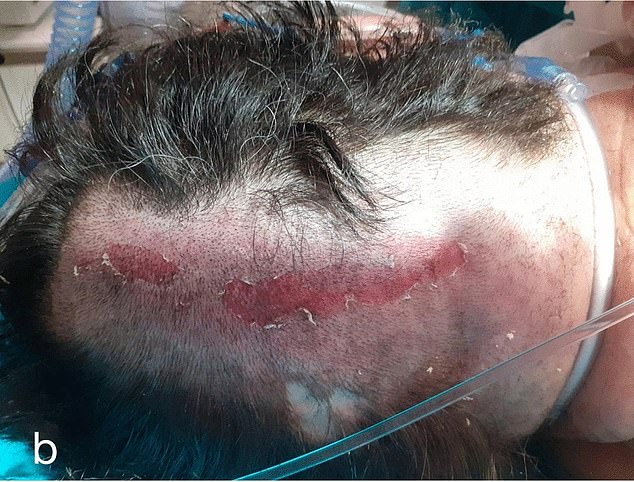 A 50-year-old man from Italy was struck by lightning while riding a bike in a forest during a summer rainstorm. Pictured: The injuries to his head 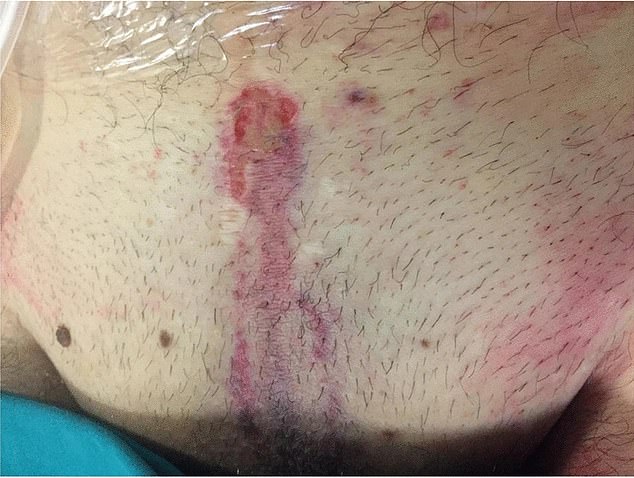 He also had burnt skin and hair in his pubic area (pictured), which medics believed was caused by the white hot bike frame hitting him when he was struck

What makes lightning strikes deadly and how rare are they?

Although rare, lightning strikes are incredibly deadly, killing up to 30 per cent of victims.

They damage the body in four ways:

The sharp flash of light can cause eye damage, causing long-term damage with cataracts, as well as short-term issues like retinal detachment.

Lightning can cause temperatures of up to 8000C in the milliseconds during the immediate impact, causing serious skin and hair burns.

Electricity in the strike causes nerve and heart damage, killing nerves and leading to cardiac arrest, when the heart starts pumping.

This can lead to reduced blood flow to vital organs and, eventually, death.

How rare are they?

At the time of being struck by the bolt, the unidentified man immediately went into cardiac arrest and lost consciousness.

Bystanders did not attempt to save his life, for reasons unknown.

It was only by luck that a doctor hiking nearby, in a forested area n the outskirts of the city of Trieste, was on hand to start CPR.

Paramedics turned up 15 minutes later, transporting him to hospital.

When there, doctors checked his injuries and found a small black area of singed tissue on his head, where they believed the lightning had hit him.

His hair was singed from the bolt and doctors described a burning smell coming from him.

Burnt plastic from his bike helmet was found on the area of shredded skin on his head.

Lightning can cause temperatures of up to 8000C in the milliseconds during the immediate impact, causing serious skin and hair burns.

He also had burnt skin and hair in his pubic area, which medics believed was caused by him sliding onto the white hot bike frame when he was struck.

His eardrum had burst and CT scans revealed bleeds on his brain.

Surgeons operated on him and stemmed the bleeding, before he went to intensive care.

After surgery, he was sedated and given further tests while still unconscious.

Another CT scan the day after he was admitted showed brain damage, which got significantly worse as the days progressed.

He died on the tenth day after he entered hospital from the reduced blood flow to his organs caused by the cardiac arrest and bleeds, having never woken up.

His brain had also been directly damaged from the electric current in the lightning strike.

Doctors who treated the man reported his case in the Journal of Medical Case Reports. 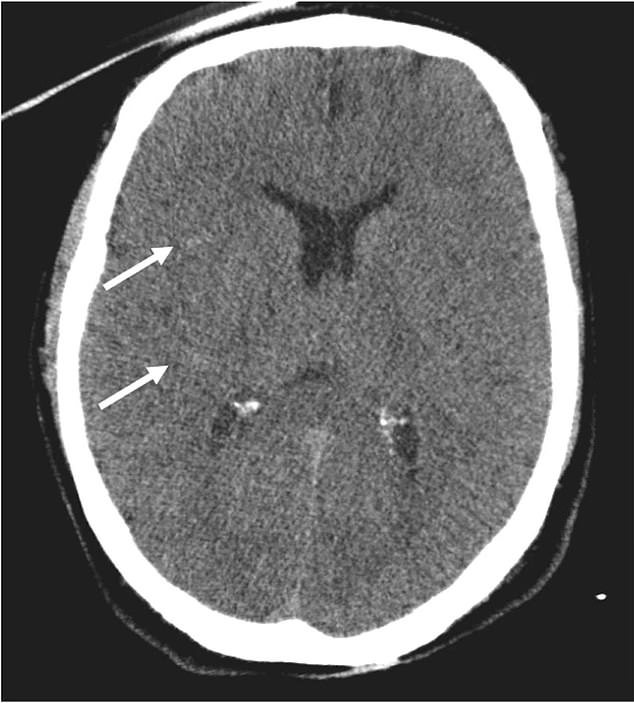 Writing in the journal, they said: ‘Lightning strikes cause injuries through different mechanisms.

‘A direct strike is a lightning bolt that directly hits a person, and this was the main mechanism of injury in the patient reported here.

‘Survival of persons after a direct lightning strike who suffer [cardiac arrest] is a rare event.’

Lightning strikes cause around 300 injuries and 100 deaths per year in the US. In Britain, 30 to 60 people are hit a year, with around three dying.

Around 30 per cent of people hit by lightning die, usually an hour later from an abnormal heart rhythm or breathing difficulties.

Up to three quarters of survivors are left with permanent disabilities.

Having SEX could help ease agony of gout, say experts