Doctors today raised concerns about a new weight-loss shot that was approved with much fanfare for obese children.

The weekly injection Wegovy won approval from the Food and Drug Administration on December 23 for obese Americans under 20. Experts hailed it as a revolutionary change in obesity treatment and a welcome addition to their field.

But more skeptical doctors warned that children could be rushed onto a medication with a price tag of more than $1,300 per month, as well as a host of side effects including nausea, diarrhea, vomiting and, in severe cases, severe instances, pancreatitis.

Doctors are also concerned that patients and medical professionals will view Wegovy as a quick fix instead of a healthy diet and exercise routine, which also lower the risk of high blood pressure, diabetes, and heart disease. 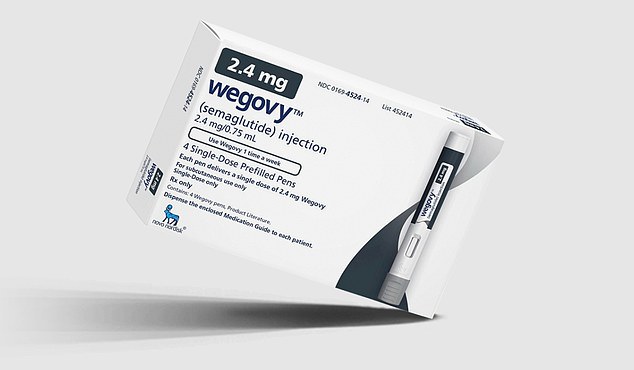 Wegovy works by mimicking a natural hormone the body releases when a person eats food. That hormone targets areas of the brain that regulate appetite and food intake which helps people feel satiated earlier

Dr Robert Lustig, an expert in pediatric endocrinology at the University of California, San Francisco, told Stat News: ‘I’m concerned that doctors are going to rush to judgment and employ a medication that is very expensive and has its own side effects without giving proper consideration of what the actual cause of the problem is.’

Obesity is a result of various genetic, environmental and behavioral elements.

Low self-worth, depression, and disordered eating all contribute to obesity, as do certain genes, a person’s level of physical activity, alcohol consumption, socioeconomic status, and diet.

Dr Lustig added: ‘Treating the downstream symptoms of the problem is only putting a Band-Aid on the problem, it’s not fixing the problem… I’m worried that Wegovy is a Band-Aid.’

Roughly 200 children participated in the clinical trials, the results of which were published in the New England Journal of Medicine.

The children aged 12-19 who took the weekly injections lost an average of almost 15 percent of their body weight – or about 34 pounds.

In comparison, those who got a placebo and nutrition and physical activity counseling gained about 5 pounds. Experts do not yet have data reflecting its efficacy in the long term.

Studies have shown that while Wegovy is highly effective at helping people shed pounds, users pile the pounds back on just months after coming off the drug and most will need to keep taking the injections forever to maintain their results.

A study by the University of Liverpool in the UK, published in April, found patients who used Wegovy for 68 weeks dropped 18 percent of their body weight. But, after halting the weekly injections, users would put back on two-thirds of the weight within the next year.

Still, its approval marks a major step in addressing the childhood obesity crisis that is steadily worsening.

The drug was initially intended to treat type 2 diabetes. 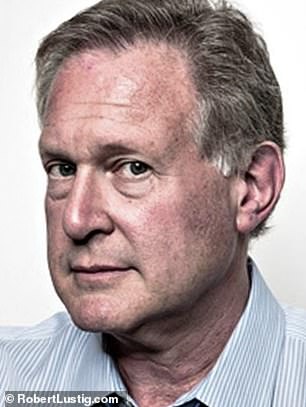 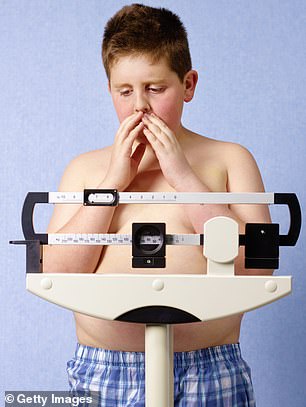 A celebrity and influencer-fueled stampede caused a global shortage of the drug this year, imperiling people who rely on it to treat their type 2 diabetes. Dr Robert Lustig, top left, fears that Wegovy will be seen as a band-aid

Wegovy is the brand name for a drug called semaglutide.

A 1mg dose of semaglutide is already approved in the UK as a treatment for people with type 2 diabetes.

But studies have found a 2.4mg of the drug works effectively as a weight loss drug.

It works by triggering the body to produce a hormone called glucagon-like peptide-1 that is released naturally from the intestines after meals.

The hormone helps control blood sugar and makes people feel full so they know when to stop eating.

Results from a study of 2,000 people over 15 months show participants lost 15 per cent of their body weight on average, equating to 15.3kg.

The group received individual counselling sessions from registered dietitians to help them stick to a reduced-calorie diet and exercise plan, alongside the weekly injections.

Volunteers reported improvement in their quality of life and a reduction in risk factors for developing heart disease and diabetes, such as reduced waist circumference, blood fats, blood sugar and blood pressure.

But the drug triggered side effects include mild or moderate nausea and diarrhoea, but researchers said these were short-lasting and resolved themselves.

Semaglutide – the generic name for Wegovy – works by helping the pancreas release the right amount of insulin when blood-sugar levels are high.

But scientists found it also had the side-effect of reducing appetite leading to weight loss.

When people eat food, cells in the intestine start releasing a hormone called glucagon-like peptide-1 (GLP-1), which targets areas of the brain that regulate appetite and food intake.

Celebrities and influencers had already been singing its praises, causing it to explode in popularity.

Reality TV star Kim Kardashian told Vogue magazine in May she lost 16 lbs in three weeks so she could fit into a dress that once belonged to Marilyn Monroe, and rumors began to circulate that she had used semaglutide.

Yet the celebrities endorsing the medication rarely discuss the side effects that range in severity.

The main side effects of this class of medications are gastrointestinal — nausea, vomiting, diarrhea, constipation, and abdominal pain.

Wegovy can also have some rare but severe side effects such as possible thyroid tumors, pancreatitis, gallbladder problems, and kidney failure.

Doctors caution that users must also maintain a healthy lifestyle to reap the most benefits.

Dr Fatima Cody Stanford, an Obesity Medicine Physician-Scientist at Massachusetts General Hospital told DailyMail.com: ‘The goal is to recognize that lifestyle was always going to be something that is helpful, regardless of your size, or regardless of your history. And that should be emphasized accordingly.’

The high-profile praise, in addition to supply chain issues, drove a nationwide shortage.

And celebrity endorsements do not include important caveats that affect how the medicine works, such as a person’s ability to inject the right dose properly, and possible negative reactions.

Dr Stanford said: ‘I would not take my advice in terms of my health care from some celebrities with no knowledge of disease.

‘Celebrities do garner a lot of attention and make significant impact in terms of what they say and do in the public eye, but the fads that they are on often pass, whereas for us as physicians we consistently have to understand the long term implications of these.’