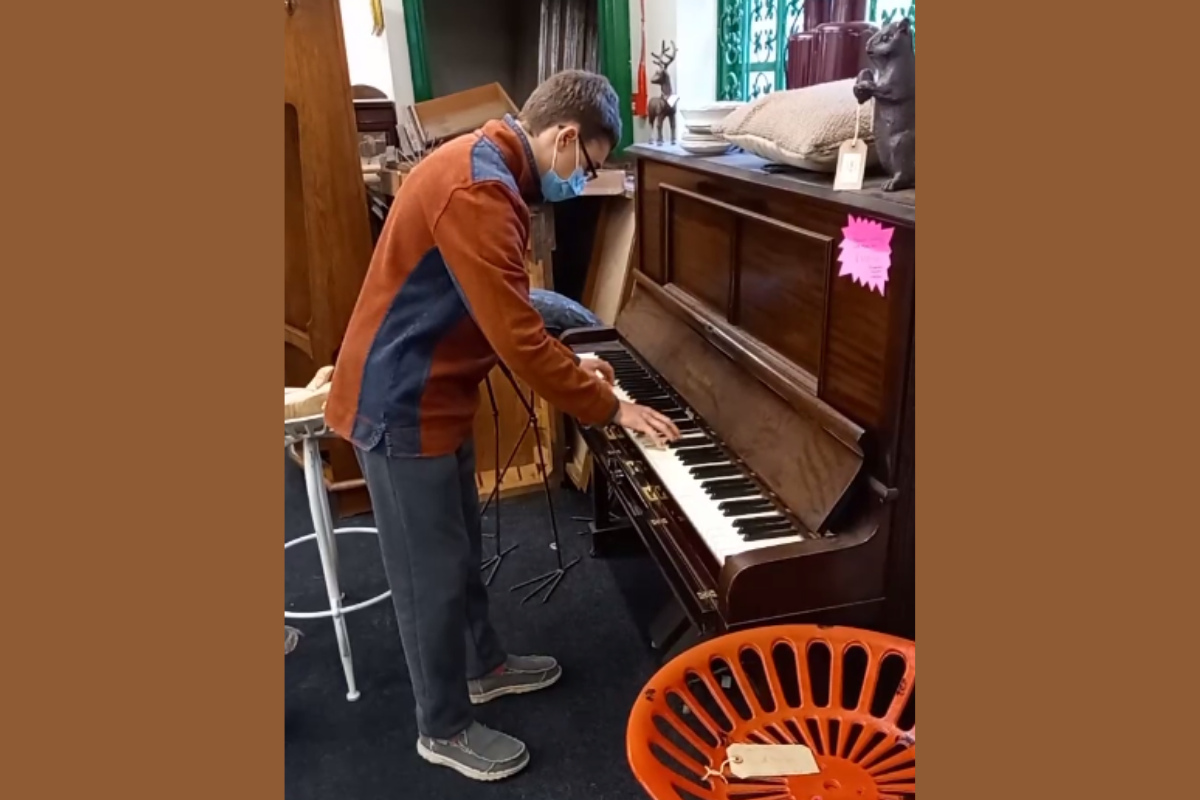 A TEENAGERS impulsive live performance in Barry has been watched by thousands of people.

16-year-old Charlie Wilson recently gave a spontaneous piano performance at The Pumphouse in Barry; a video shared of his performance has already had more than 2,000 views.

Charlie, who has played classical piano since he was seven and has taught himself other genres, said: “It was a really good big of fun performing at The Pumphouse.

“The views total on the video kept going up and up, which I thought was really nice.”

The grade five pianist, who will soon be doing his grade six exam, has made his parents – including mum Kelly Wilson – very proud.

Ms Wilson said: “When Charlie was seven he said he wanted to learn to play piano – it’s quite an expensive hobby, so I said he would have to stick with it.

“For a few years he just got on with it like others, but one day something clicked and he really enjoys it. His teacher is really good and lovely.

“The whole family enjoys music, but none of play an instrument like Charlie. He’s been playing classical piano since he was seven, but has self-taught himself music  like blues, boogie woogie and rock ‘n’ roll.”

Charlie, who is currently doing his GCSEs, taught himself other genres of music through YouTube videos and often entertains his family with musical numbers on his electric piano.

A performance he gave at Barry’s Memo Arts Centre when he was 14 ‘went down a storm’ according to Ms Wilson, who hopes he’ll have the opportunity to perform live in future.

His classical piano teacher is from Razzle Dazzle Theatre School.

Accessibility and outdoor socialising: 'I feel unwelcome in my own city'