Desperate plans are being made to provide alternative sleeping arrangements for Wally the Walrus who has caused thousands of pounds worth of damage amid his latest sighting near the UK.

Since travelling along the coast of western Europe, being spotted in France, Spain and the UK, Wally has now been spotted off the west Cork coast.

The arctic animal is making do with the lack of sea ice near UK coastlines by taking over people’s boats for his midday snooze.

People have flocked to the Cork harbour town to catch a glimpse of the wayfaring walrus sleeping on a local boat, with his exact location not being shared in hopes to not draw more people to disturb him.

Onlookers watched from the shore as he took respite on the small boat about 500 meters from the harbour.

A warning to the public

“The biggest things are to maintain safe distance of at least 100 metres, and to observe quietly.

PLEASE RESPECT WILDLIFE FROM A SAFE DISTANCE: This image shows one of many boats today that came dangerously close to the walrus as he attempted to rest on a boat in the West Cork area. pic.twitter.com/e90ljmESqa

“If people are startling him and stressing him, it could cause him to cause damage to property.”

Wally has been causing thousands of pounds worth of damage and plans are being put in place to bring an end to the carnage.

Melanie Croce added: “We do know that he has sunk a few boats, and he’s capsized a few boats.

“This is because it’s an Arctic species, so usually they rely on holding out on sea ice.

“Since we don’t have sea ice, he is being opportunistic and climbing up on the next best thing, or the closest thing, which would be boats and ribs.”

To prevent Wally sinking more boats, some onlookers dressed in Where’s Wally costumes tried to lure him onto a nearby raft. 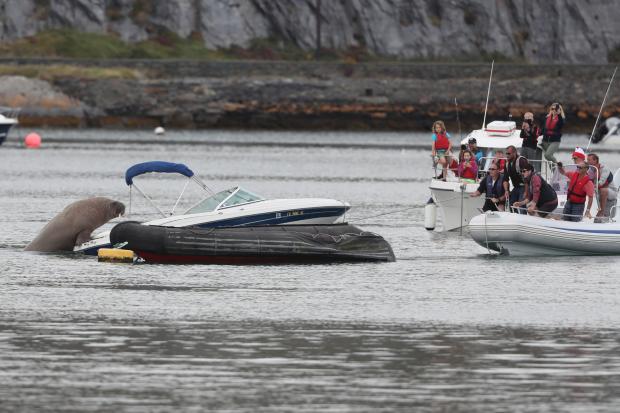 Wally is already showing signs of injury on his flipper, so Seal Rescue have strongly urged the public to keep their distance to prevent him being startled and jumping in and out of boats causing himself more injury.

“Please, please respect him from a distance” she told PA news agency.

While Wally’s journey has provided great entertainment and speculation, it is feared his unusual expedition could be linked to climate change.

Croce continued: “I’m pretty sure when he went as far south as Spain, that’s the most south any walrus has been documented going. So he’s not really following any rules. He’s kind of making them up as he goes.

“I would certainly suspect that sea ice melting due to climate change has displaced him.

“You know, animals like walruses and polar bears, ringed seals, hooded seals, these are all species that rely on sea ice.

“Due to climate change, we’re losing huge amounts of sea ice, and so they’re losing habitats.”

“We really want him to be back home with his own kind, in his own native habitat.

“We do hope that he makes his way northward up the west coast of Ireland and keeps going and eventually makes it to the Arctic.” 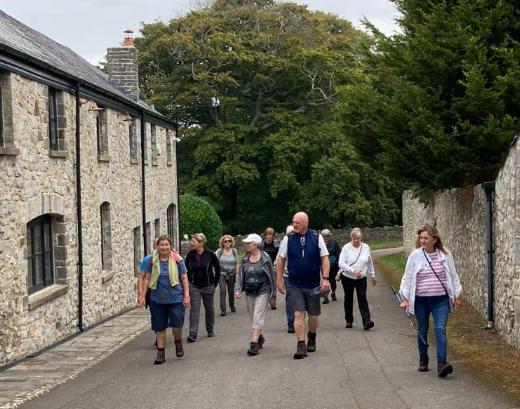