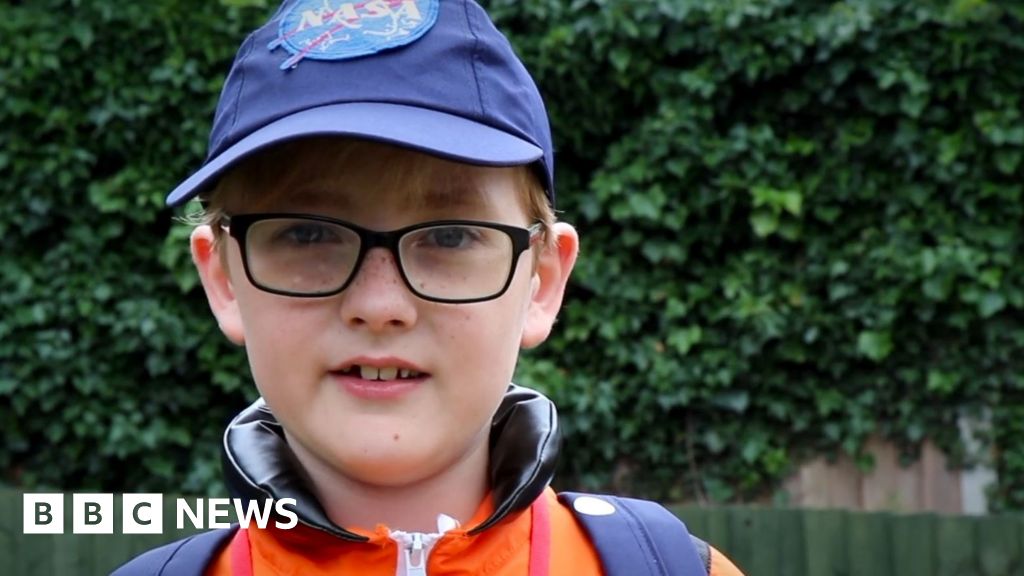 A nine-year-old with a rare genetic condition which causes his joints to dislocate has walked the distance between Earth’s atmosphere and the boundary of space.

Tim, who has hypermobile Ehlers-Danlos syndrome and autism, walked 62 miles (100km) around his hometown of Tuxford, Nottinghamshire, over six weeks to raise money for charity Newlife.

The charity provided him with a “life-changing” sleeping pod to keep him safe at night after his old bed became unsuitable.

“He only sleeps for about three to four hours a night,” Tim’s mum, Laura, said.

“He’s very sensory-driven so he would eat anything he could get his hands on, whether that was edible or not and let himself out of the door and go for a walk up the street.”

Tim received a message of support from his hero astronaut Tim Peake which he said was “amazing”.