Another round of Covid booster vaccines should be dished out this autumn, No10’s scientific advisers said today.

Health bosses also called for extra jabs in the spring for the most at-risk Brits, which would likely include the elderly and immunosuppressed.

It would be the seventh and eighth vaccine offer for tens of thousands of society’s most vulnerable, if ministers accept the recommendations. 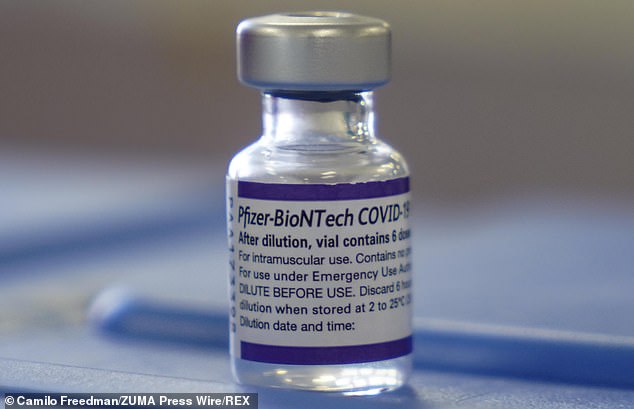 Another round of Covid booster jabs should be dished out this autumn, the Government’s scientific advisers said today. Those who are older and those who are immunosuppressed should also receive an extra booster vaccine dose this spring, they advised 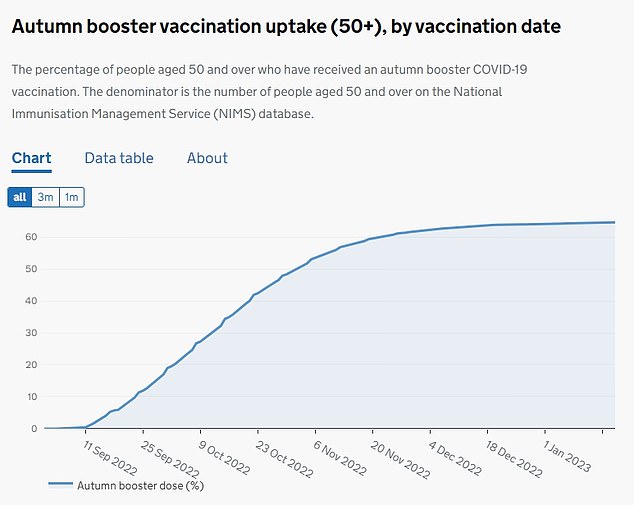 Latest government data shows that 64.5 per cent of those aged 50 and over have received their autumn booster jab 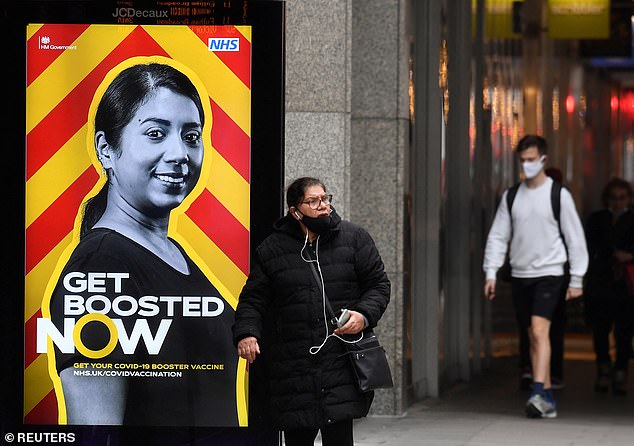 Britain’s historic inoculation campaign, which began in December 2020 — less than a year after Covid emerged, has drastically blunted the threat of the virus and saved tens of thousands of lives.

It has allowed the country to press ahead with a post-pandemic life.

But the JCVI also warned today that an emergency surge vaccine response may be required if a new variant with ‘clinically significant biological differences’ compared to the Omicron variant emerges.

The autumn 2023 Covid booster campaign should be offered to those ‘at higher risk of severe Covid’, the JCVI also said.

Who is eligible for a Covid booster vaccine?

The JCVI announced today that ‘those at higher risk of severe COVID-19’ will be eligible for the autumn 2023 Covid booster campaign.

A smaller group of people, including those who are older and those who are immunosuppressed, will also be eligible for an extra booster vaccine dose in the spring 2023 booster campaign.

It is expected to set out further guidance on who will be eligible for the spring campaign as well as next autumn’s shortly.

Under the 2022 autumn Covid booster campaign which began in early September last year, over-50s, residents and staff at care homes for older adults and frontline health and social care workers are eligible for a jab.

On top of these groups, five to 49-year-olds who are a clinical risk group, live with an immunosuppressed person or are carers have also been offered a booster – similar to that for the annual flu vaccine.

Under the 2022 autumn Covid booster campaign which began in early September last year, over-50s, residents and staff at care homes for older adults and frontline health and social care workers are eligible for a jab.

On top of these groups, five to 49-year-olds who are a clinical risk group, live with an immunosuppressed person or are carers have also been offered a booster – similar to that for the annual flu vaccine.

In England, the closure of the autumn booster campaign and the first booster offer will be on February 12.

The JCVI also advised that the booster third dose which became available in 2021, will no longer be offered to those aged between 16 and 49-years-old who are not in a clinical risk group, from February 12, ‘as the transition continues away from a pandemic emergency response towards pandemic recovery’.

‘That is why we have advised planning for further booster vaccines for persons at higher risk of serious illness through an autumn booster programme later this year.’

She added: ‘We will very shortly also provide final advice on a spring booster programme for those at greatest risk.’

NHS director of vaccinations and screening, Steve Russell, also said: ‘Over the last two years the NHS covid vaccination programme has administered almost 145 million doses and as a result, the public have widespread protection from Covid-19 and its variants – a remarkable achievement.

‘Following the decision by the government to accept JCVI advice today, I would encourage anyone who has not yet had their covid booster to book an appointment in the next couple of weeks and make the most of the offer available.’

He added: ‘Once the NHS receives updated guidance for the next phase of the vaccination programme, our fantastic NHS staff will make sure the vaccine is as accessible and convenient to those eligible as it has been in each of the previous campaigns.’

The NHS will continue to operate a smaller scale vaccine offer from mid-February onwards to ensure those eligible for first and second doses can still get their jabs, it also said today. The NHS Covid-19 vaccination programme has delivered 144.5 million doses of the vaccine since Maggie Keenan became the first in the world to receive an approved jab. Pictured above, Mrs Keenan receives her spring booster shot at University Hospital, Coventry in April 2022 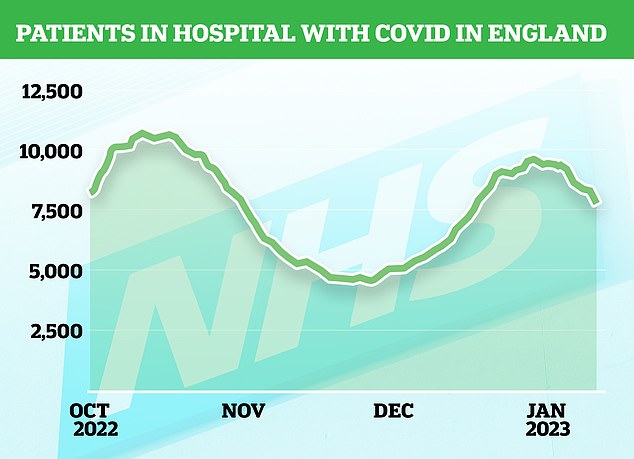 Heath bosses are yet to decide which vaccine will be used.

But Britons have been given doses of Pfizer or Moderna in previous booster rollouts.

During the autumn 2022 campaign, some were also offered an updated combination version of the booster vaccines, which include a half-dose of the previous vaccine combined with a half-dose of a vaccine against the Omicron variant.

A total of 45million and 43million first and second doses of the vaccine have been administered in England, according to the latest data.

Some 33million booster doses have also been given.

Britain has remained restriction-free since then, despite two more Covid peaks.

Covid infections have flattened off in recent weeks, with health chiefs crediting the vaccine uptake for stunting the latest influx.

But scientists have raised the alarm over Omicron sub-variants CH.1.1 and XBB.1.5, which have swept across England in recent weeks.

Latest surveillance data shows how the CH.1.1 strain Orthrus — nicknamed after a mythical two-headed dog – accounted for 36.1 per cent of all Covid tests analysed in England on January 14.

Maps suggest it now accounts for 100 per cent of genomic tests of the virus in many regions.

XBB.1.5 — nicknamed ‘Kraken’, after a mythical sea monster — currently accounts for 3.9 per cent of cases in England, according to the same data and is thought to be the most transmissible strain yet.