The top British scientist who played a central role in crushing suggestions that Covid could have originated in a laboratory privately condemned ‘Wild West’ research being carried out in Wuhan, the Chinese city that saw the world’s first outbreak of the virus.

Sir Jeremy Farrar’s damning indictment, sent to two leading scientists in the United States, shows that the head of the Wellcome Trust admitted to fears the new virus emerging in China might have been tied to research even as he coordinated an influential paper dismissing ‘any type of laboratory-based scenario.’

The emails released under Freedom of Information rules also disclose that the then chief medical adviser to the White House, Anthony Fauci, was so alarmed by one unusual feature detected on the coronavirus that he advised colleagues they might need to tip off the FBI and MI5.

The revelations are the latest unsettling developments in the unsolved mystery over whether the pandemic was caused by a laboratory leak, sparked by scientific engineering or crossed over naturally from animals infected with a bat virus. 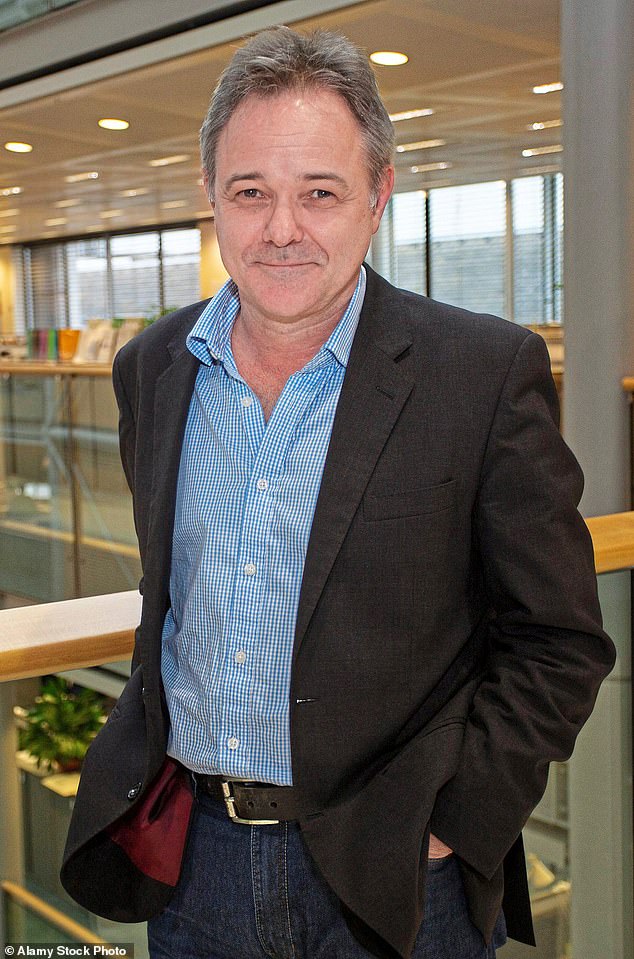 Sir Jeremy Farrar’s damning indictment, sent to two leading scientists in the United States, shows that the head of the Wellcome Trust admitted to fears the new virus emerging in China might have been tied to research – even as he coordinated an influential paper dismissing ‘any type of laboratory-based scenario’. Pictured: Jeremy Farrar 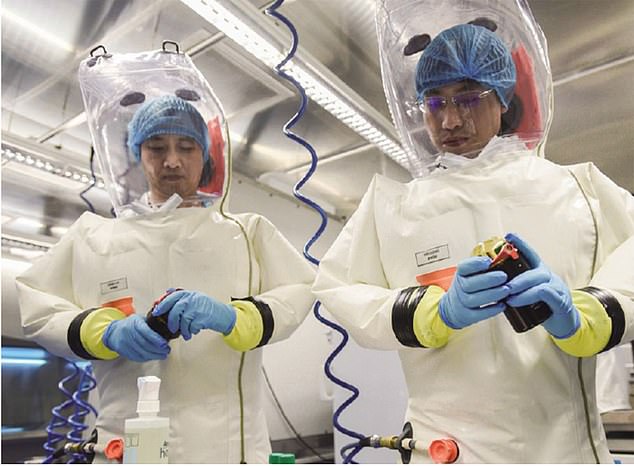 The emails released under Freedom of Information rules also disclose that the then chief medical adviser to the White House, Anthony Fauci , was so alarmed by one unusual feature of coronavirus that he advised colleagues they might need to tip off the FBI and MI5. Pictured: A lab in China

Bob Seely, the Tory MP and member of the Commons foreign affairs committee, said: ‘It is depressing and alarming that influential scientists seem to have had private concerns over the possibility of the pandemic emerging from a laboratory even as they publicly denied such ideas.

‘One of the most serious issues emerging from this sorry saga has been the role of senior figures in science stamping on any questioning of the origins or open sense of transparency. It beggars belief what has gone on.’

The latest disclosures fuel concerns that the scientific establishment colluded to stifle suggestions that Sars-CoV-2 – the virus that causes Covid-19 – might have resulted from cutting-edge research the US helped fund in China.

The email discussions took place among an elite group of scientists rounded up by Fauci and Farrar after the media began to probe research into bat coronaviruses at the Wuhan Institute of Virology, where scientists were engaged in ‘gain of function’ experiments that can boost infectivity. Such work was banned for three years in the US amid fears it might spark a pandemic.

Although the Wuhan laboratory was the first in China with maximum-level biosafety clearance, the group of experts confirmed that researchers there carried out risky experiments under ‘BSL-2’ conditions with much lower level safety protocols.

Their work included transferring viruses in mice engineered to contain the human version of a receptor protein on cell surfaces used by some coronaviruses to infect our bodies. 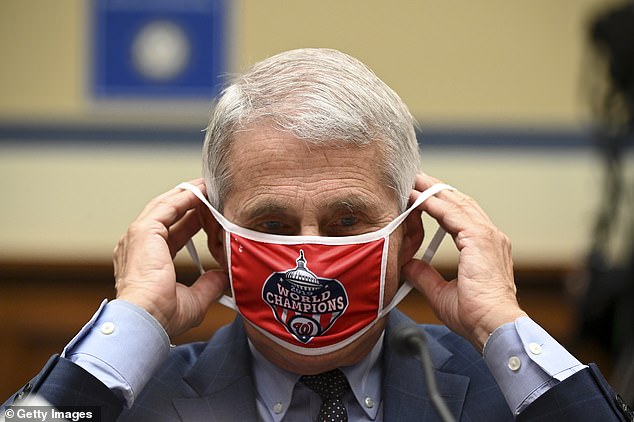 The emails released under Freedom of Information rules also disclose that the then chief medical adviser to the White House, Anthony Fauci, pictured, was so alarmed by one unusual feature of coronavirus that he advised colleagues they might need to tip off the FBI and MI5

‘Surely that wouldn’t be done in a BSL-2 lab.’ commented Francis Collins, head of the main US research body that funded Wuhan Institute of Virology’s research through EcoHealth Alliance, a New York based body led by British scientist Peter Daszak.

Their emails, on February 4, 2020, followed a teleconference four days earlier that Farrar led at Fauci’s request as the pandemic exploded across the planet. It was joined by Collins and Sir Patrick Vallance, Britain’s chief scientific adviser.

It subsequently emerged that several participants – including Farrar, the director of British’s biggest private research funding body that has backed work in Wuhan – believed beforehand that Covid may have been linked to research.

Yet after the teleconference, their public stance changed with strange speed given the lack of fresh data from China or any firm evidence the virus might have natural origins– and key figures began attacking ‘conspiracy theories’ about lab links.

Farrar later admitted co-ordinating an influential statement by five experts, including four of the participants, published by Nature Medicine. ‘The proximal origin of SARS-CoV-2’ stated firmly that the authors ‘do not believe that any type of laboratory-based scenario is plausible.’

Yet it has emerged that even the lead author feared some features on the virus looked potentially engineered. Now, these emails show that even as the scientists shared early drafts of this article, some still feared a laboratory link. 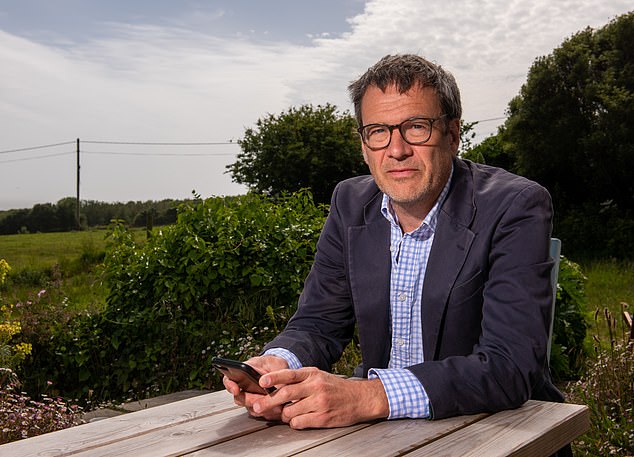 Bob Seely, the Tory MP, pictured and member of the Commons foreign affairs committee, said that it is depressing and alarming that scientists had concerns over the possibility of the pandemic coming from a laboratory even though they denied the ideas publicly

Farrar, who wrote that he ‘tidied up’ the statement, said they ‘probably’ ruled out deliberate engineering of the virus but that Eddie Holmes, an Australian virologist, was ‘60:40 lab side’ while ‘I remain 50:50.’

Holmes wrote on February 8 that he had worked extensively in China and knew many people there were convinced by ‘suggestions the virus escaped from the Wuhan lab…and believe they are being lied to.’

He has since been among prominent voices pushing the idea that the pandemic can be traced back to a wet animal market in Wuhan.

The discussions show Fauci was so alarmed by a feature in SARS-CoV-2 called a ‘furin cleavage site’ – which allows more efficient entry into human cells and is not found on similar types of coronavirus – that he warned the group they might need to inform the FBI and MI5.

It is understood Vallance did tip off UK intelligence agencies about their concerns.

EcoHealth Alliance, a long-term partner of Wuhan Institute of Virology, sought funds from a US defence agency in 2018 to insert a ‘furin cleavage site’ into bat coronaviruses. There is no evidence such work obtained Western funding. 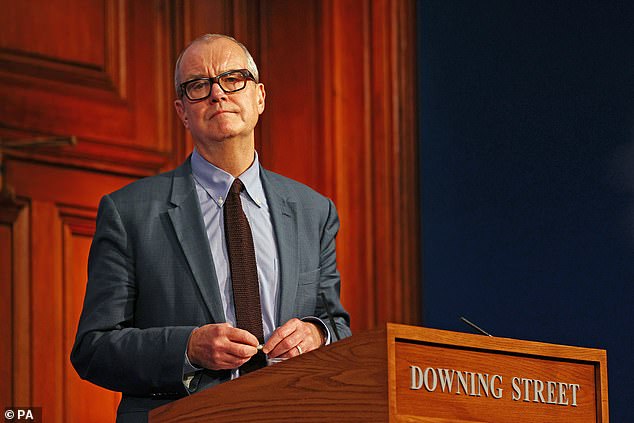 Their emails, on February 4, 2020, followed a teleconference four days earlier that Farrar led at Fauci’s request as the pandemic exploded across the planet. It was joined by Collins and Sir Patrick Vallance, pictured, Britain’s chief scientific adviser

The emails show that Ron Fouchier – a Dutch scientist behind some of the most controversial gain-of-function experiments – advised on the Nature Medicine statement. Accessed 5.7million times, it has been called one of the most influential scientific articles in history.

He said that accusations of a lab link would have to be backed by ‘strong data, beyond reasonable doubt’ and warned that debating such claims would ‘distract’ researchers and ‘do unnecessary harm to science in general and science in China in particular’.

Fouchier told a TV documentary that he discussed the new disease in the first week of December 2019 with a colleague – although China claims the first confirmed case emerged the following week. He later told me he was confused over the dates.

Marion Koopmans, his departmental boss, also argued against publishing any mention of lab escape. ‘Putting that in the public domain as a hypothesis in my view will be read as ‘see, they also thought so too,’ she said.

Alina Chan, a US-based molecular biologist and co-author of a book on Covid’s origins, questioned why this influential statement in a respected journal hid the involvement of top scientists. ‘This effectively obscured the involvement of funders of the Wuhan scientists and experts who had advocated for gain-of-function virus research,’ she said.

China covered-up the virus in its early stages with disastrous global consequences and has consistently rebuffed efforts to share data. Yet Wuhan’s biosafety chief admitted to concerns over China’s laboratories since maintenance costs were ‘neglected’ and part-timers performed the work of skilled staff, which ‘makes it difficult to identify and mitigate potential safety hazards’.

Farrar and two Wellcome Trust colleagues joined 24 other signatories to another key statement in the Lancet medical journal that condemned ‘conspiracy theories suggesting that Covid-19 does not have a natural origin’. It was later discovered to have been covertly organised by Daszak, who spent years working with his friend Shi Zhengli, the infamous ‘Batwoman’ expert at Wuhan Institute of Virology.

Although Farrar has called for transparency to build trust in science, a spokesman for the Wellcome Trust declined to answer questions on the latest revelations, instead referring back to their director’s previous statements on origins of the virus that stress the importance of remaining ‘open-minded’.

‘It is important we understand how all pathogens emerge so that we can prevent future pandemics. In my view, the scientific evidence continues to point to SARS-CoV-2 crossing from animals to humans as the most likely scenario,’ he said. 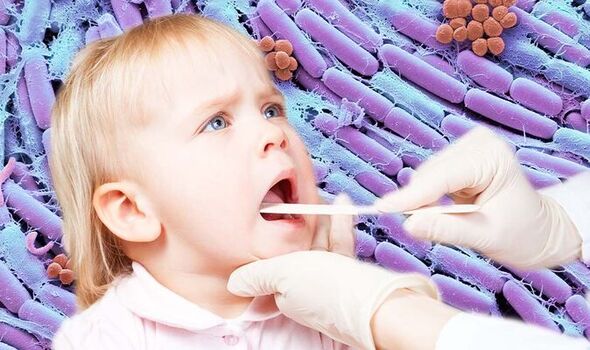