Energy prices are soaring, and it’s likely a sign of things to come.

The rise can be blamed on a variety of things, including the demand rebound after the lockdowns ended, a drop in renewable electricity output from a lack of wind in Europe during most of 2021, and increasingly costly climate policies.

But while the pandemic will end and the wind will blow again, climate policies to achieve “net-zero” emissions will keep hiking prices.

Barack Obama acknowledged in 2008 that electricity prices “would necessarily skyrocket” under his proposed climate policies. He was more candid than many of today’s politicians and advocates.

Limiting the use of fossil fuels requires making them more expensive and pushing people toward green alternatives that remain pricier and less efficient.

In the U.K., real electricity prices have doubled since 2003, after dropping fivefold over the 20th century. British climate policy had already added more than £10 billion annually to the national electricity bill by 2020.

Even before last year’s energy price hikes, 50 million to 80 million people in the European Union couldn’t afford to heat their homes sufficiently.

That’s likely to get worse, as this year European energy bills are expected to increase by almost $400 billion.

And in the U.S., gasoline prices soared to a seven-year high in October, while gas heating is predicted to be 30% more expensive this winter than the previous one.

Costs will continue to rise if politicians remain bent on achieving net-zero emissions globally. Bank of America finds that achieving net-zero globally by 2050 will cost $150 trillion over 30 years—almost twice the combined annual gross domestic product of every country on earth.

The annual cost ($5 trillion) is more than all the world’s governments and households spend every year on education. Academic studies find the policy is even costlier.

The largest database on climate scenarios shows that keeping temperature rises to 2 degrees Celsius—a less stringent policy than net-zero by midcentury—would likely cost $8.3 trillion, or 3.3% of world GDP, every year by 2050, and the costs keep escalating so that by the end of the century taxpayers will have paid about $1 quadrillion—a thousand trillion—in total.

These estimates are based on the heroic assumption that climate policy costs will be spread efficiently, with big emitters China and India cutting the most.

New Delhi says it will only keep moving toward net-zero if the rest of the world pays it $1 trillion by 2030, which won’t happen. Other developing nations are showing the same understandable reluctance.

This means that achieving global net-zero emissions by 2050 will be impossible. Those cuts that are enforced will most likely occur in rich countries, taking a smaller notch out of global emissions at a high cost.

Though the EU, the U.K., the U.S., and others have adopted national net-zero emissions goals, few have undertaken rigorous cost estimates. The official independent assessment done in New Zealand shows achieving net-zero by midcentury will cost 16% of its GDP annually by 2050.

That is more than its entire current budget for social security, welfare, health, education, police, courts, defense, and the environment—combined.

For the U.S., one recent study in Nature found reducing emissions by only 80% by 2050 will cost more than $2.1 trillion in today’s money annually by midcentury. That is more than $5,000 per American a year.

The cost of achieving 100% reductions would be far higher. And this study assumes reductions will be carried out in the most efficient way possible—namely using a single national, steadily increasing carbon tax—but that’s unlikely, and with less-than-ideal policies, the price would be still higher.

Climate activists may not want to acknowledge these costs, but voters will force them to eventually. If you divide Bank of America’s annual cost for net-zero emissions globally, it comes to more than $600 a person—including the world’s poorest, in India and Africa.

Even in a rich country like the U.S., most voters are unwilling to give the government more than about $100 a year to fight climate change, and a couple of hundred dollars is the limit for a majority of voters in many other countries, such as China and the U.K.

France has already seen sustained protests against gasoline price hikes of only 12 cents a gallon. Imagine the backlash against policies enforcing net-zero emissions. 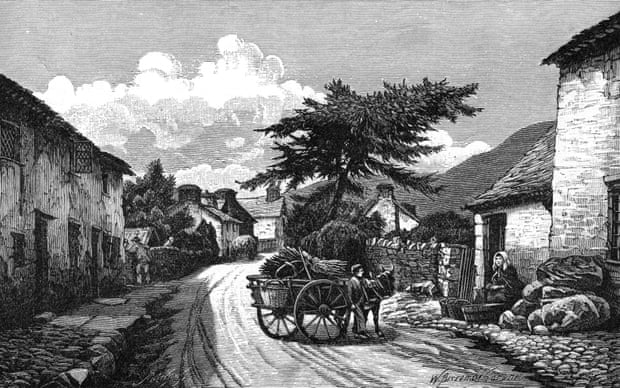