When it comes to media coverage, alarmism easily dominates the headlines.

Due to a 24/7 news cycle, many important topics—especially as it relates to the environment—often get overlooked by the public.

Here are three environmental news stories to be aware of this week.

The Good: Virginia to Withdraw from RGGI

What would continued participation in this so-called carbon “market” deliver for Virginia ratepayers? An additional $52.44 per year in added costs.

Recent State Corporation Commission (SCC) filings revealed continued participation in the RGGI program will increase energy costs by $4.37 a month, or $52.44 per year if enacted by next September.

Coupled with the estimated $800 yearly increase to energy bills if the Virginia Clean Economy Act (VCEA) proceeds, that’s not sustainable.

If Youngkin follows through, this will be a win for all Virginians.

The Environmental Protection Agency (EPA) announced it repealed the Trump-era Navigable Waters Protection Rule (NWPR) and would likely be reverting to 2015’s Waters Of The United States (WOTUS) rule.

As I wrote at Independent Women’s Forum blog, the 2020 rule narrowly defined “navigable waters” to make it less susceptible to abuse by government bureaucrats:

The Trump-era rule narrowed down and clarified the definition of “jurisdictional waters” by creating four distinct categories including “territorial seas and traditional navigable waters; perennial and intermittent tributaries that contribute surface water flow to such waters; certain lakes, ponds, and impoundments of jurisdictional waters; and wetlands adjacent to other jurisdictional waters.”

Many critics worry the EPA will use a broadly-defined rule to go after perceived opponents. The most prominent WOTUS case involved late Navy veteran Joe Robinson, who was fined and jailed for digging ponds on his property.

The WSJ documented Robinson’s case in 2019:

Robertson, a Navy veteran who died in March at 80, spent 18 months in prison for getting the definition of “navigable waters” wrong.

The land he owned in the Montana mountains was more than 40 miles from the nearest genuinely navigable river, but a trickle ran through it: the combined force of two garden hoses meandering down the slope in a channel about a foot deep and a foot wide.

Before he died, Robertson and his wife, Carrie, dug ponds in the path of their modest mountain trickle. The Environmental Protection Agency declared it a “navigable water” subject to the Clean Water Act and prosecuted him for “discharging” pollutants without a permit. He was found guilty in 2016. In addition to his 18 months in prison, Robertson was ordered to pay a $130,000 fine.

On Tuesday, the Fairfax City Council in Northern Virginia voted 4-2 to enact a “stormwater utility fee” – or rain tax – that’ll cost taxpayers over $5 million dollars. Worse, it’ll soak the poor the most.

One of the two dissenting members, Councilman Sang Yi, told me this “fee” will penalize folks and not bolster Chesapeake Bay conservation efforts.

“The rain tax is something that the government will come and measure the number of impervious surfaces you have at your home or your business, which are hard surfaces where there’s stormwater runoff and the water that goes into, you know, the streams and eventually the Chesapeake Bay watershed here,” said Yi.

“I always say this too: the Chesapeake Bay does not really care if money is coming towards it from a rain tax or a bag tax,” the two-term councilman observed. “It doesn’t even care if you give it $200 million or $20 million.”

“What it cares [about] is that the water is properly treated and that it’s kept healthy.” 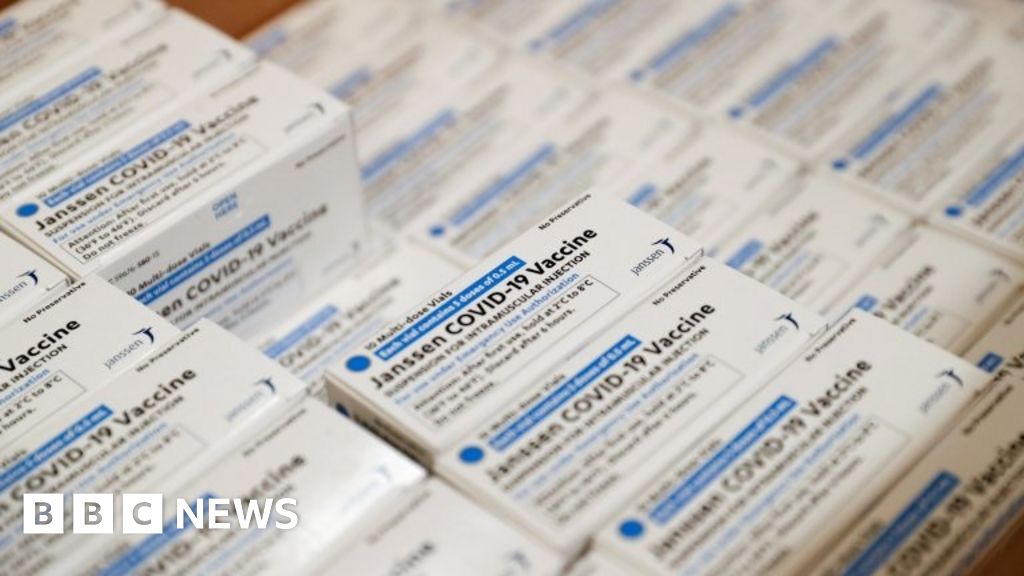 US panel recommends J&J shots be sidelined after clot deaths

PS5 stock drop at Currys in the UK