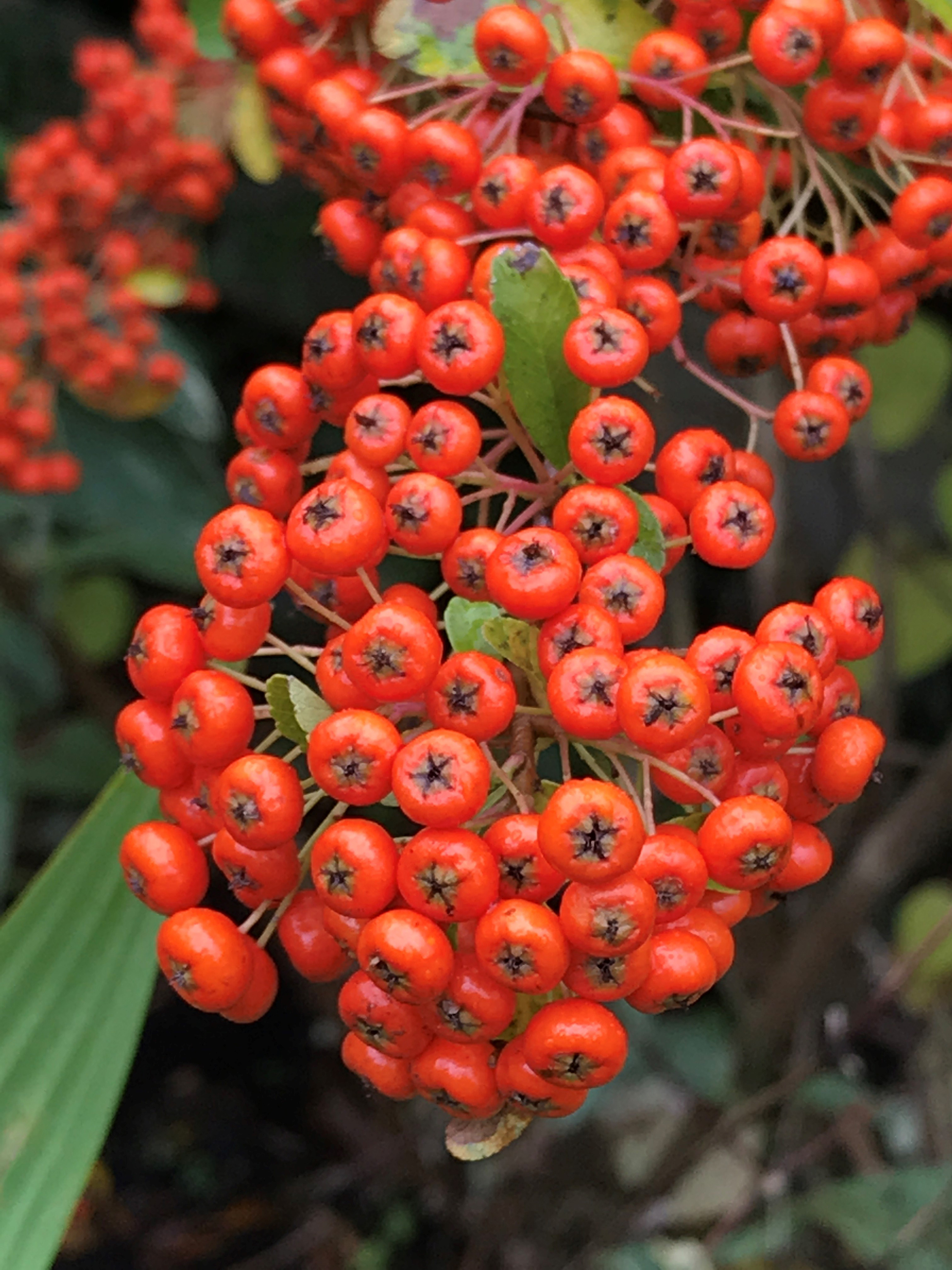 So, it’s berry season, as a vibrant mix of autumnal glossy berries in colours of red, yellow, orange and even purple, adorn shrubs and trees, creating sharp bursts of colour during the cooler months.

There are so many from which to choose, from the spiky Pyracantha ‘Orange Glow’ and Cotoneaster ‘Cornubia’ to the unusual, vivid purple berries of Callicarpa bodinieri ‘Profusion’ and the striking black or red berries of the common hawthorn.

“At this time of year birds will be fetching their babies out, and the babies need to know how to find their own food,” says conservationist and ornithologist Dan Rouse, author of How To Attract Birds To Your Garden (DK, £16.99).

“Berries provide a natural food source and the extra vitamins and fibre they need, particularly during the cooler months when we won’t have the grubs or the larvae or the caterpillars which birds rely on for food,” she says.

For some species, such as blackbirds, redwings, fieldfares, and song and mistle thrushes, berries are the main source of food through the winter, notes the RSPB.

The RSPB reports that different species will feed on different kinds of berries – thrushes and waxwings prefer berries with smaller seeds, like rowan, as they tend to only eat the flesh of the berry.

Hawfinches, on the other hand, eat the seed itself, so are attracted to berries with big seeds such as hawthorn, blackthorn (which grows the sloes that make ‘sloe gin’), cherries, and bullace (wild plum). The size is also a consideration – some berries, like dog-rose hips, are too large for birds smaller than, say, a blackbird.

Bullfinches and mistle thrushes like to feast on the bright red berries that appear within the colourful autumn foliage of the guelder rose (viburnum opulus), Rouse adds.

If you want to help birds out in your garden, the winter is a great time to be planning fruit and berry-bearing trees. Consider native species such as holly, elder, honeysuckle, or ivy, or shrubs such as cotoneaster, pyracantha and berberis to attract a wide range of birds, the RSPB advises.

These will also provide food for a range of insects and other animals – hedgehogs, badgers, mice, squirrels, and even foxes will happily munch on berries.

She also recommends crab apples. When the fruits (small apples) appear in autumn and winter, they are a magnet for blackbirds and different types of thrushes.

“Holly, hawthorn and blackthorn berries are very long-lasting. They don’t just come out for a month, they come out throughout the winter. They will feed the migratory birds which need to fill up, such as redwing and fieldfares, as well as birds which come into your gardens from their breeding grounds such as goldfinches and siskins. People will be seeing more of them in their garden now,” says Rouse.

Sparrows and finches prefer seeds, tits prefer fat, and starlings will eat pretty much anything, according to the RSPB. So if you’re trying to care for a variety of birds that visit your garden, it’s always good to put out alternative food sources as well, the charity advises.

This can be your traditional bird seed, suet balls, mealworms, or even leftover foods such as fruit, grated mild cheese, or pastry.

Will berries last well into winter?

“Many trees and shrubs produce berries and fruits in autumn that last through winter. Some roses produce hips that are loved by birds,” says Rouse.

“These winter fruits and berries are a vital source of calories; one bundle of ivy berries has almost the same number of calories as a chocolate bar. Birds naturally aid in the distribution of seeds as the indigestible seeds inside fruits come out in their droppings.”

Be aware that most berrying shrubs need a female and a male specimen planted near each other for pollination to take place and generate berries. The sex of the plant should be listed on the label when you buy it.

However, if you only have room for one berrying plant, there are some self-fertile ones that don’t require a pollinating partner. Good choices include Gaultheria mucronata ‘Bell’s Seedling’, which produces dark red berries, Skimmia japonica ‘Reevesiana’ and Ilex aquifolium ‘J.C. van Tol’ (a spineless green holly).

The decline of cash during the coronavirus pandemic | Discover