In the late 60’s almost half the films produced in Italy were westerns, with a greater sense of operatic violence than their American counterparts, the run of spaghetti westerns (western all’Italiana) lasted just a few short years before packing up its saddlebags.

The spaghetti western style was defined in 1964 with A Fistful of Dollars Sergio Leone’s remake of Akira Kurosawa’s Yojimbo put the then unknown TV actor Clint Eastwood on the map and established his style with the moody close-ups, vast desert scenes and the use of Ennio Morricone’s extraordinary music.

Its sequel, For a Few Dollars More (1965), is bigger, louder and even more stylish. Clint Eastwood returns as the man with no name, is joined on set by Klaus Kinski and Lee Van Cleef and Ennio Morricone’s score can only be described as majestic.

Hailed to be THE spaghetti western The Good, the Bad and the Ugly (1966) completes the Dollars trilogy. with the addition of Eli Wallach as the bandido this lengthy but incredible western has one of the greatest final western shootouts of all time. The three-way show down between Eastwood, Van Cleef and Wallach in a deserted cemetery is a legendary piece of cinematic history. 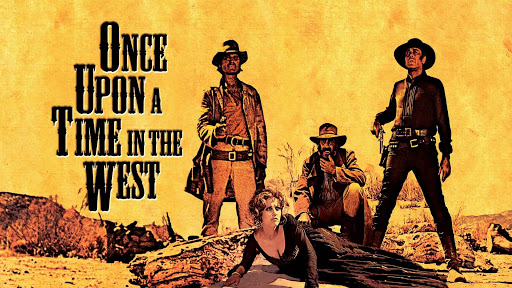 Once Upon a Time in the West (1968), was made to be the spaghetti western to end all spaghetti westerns and is regarded as one of the greatest westerns ever filmed. It is where Sergio Leone turns Henry Fonda into a bad boy and cleverly lets Ennio Morricone give themes to all the characters, which along with Fonda include Charles Bronson, Claudia Cardinale and Jason Robards.  It is also probably the only western where the harmonica is just as famous as its stars.

Many more westerns such as Django, A Bullet for the General, Death Rides a Horse, Day of Anger, The Great Silence, Sabata were made in this genre until the spaghetti westerns began to become parodies of themselves with such films as They Call Me Trinity (1970) with Terence Hill and the Olympic swimmer Bud Spencer and its sequel Trinity is Still My Name (1972) and My Name is Nobody (1973). These comedy-westerns were extremely popular in Italy with Trinity is Still My Name becoming the highest grossing spaghetti western ever made.