South Western Ambulance Service has declared a critical incident due to ‘extreme pressure’ with nearly 500 patients desperately waiting to be taken to A&E.

As of 11.30am this morning, 482 patients were stuck waiting for ambulances across the South West.

A further 106 patients were awaiting handover at A&Es in the region, which covers Cornwall, Devon, Somerset, Dorset, Bristol, Wiltshire and Gloucestershire.

Earlier this month on December 20, the service also declared a critical incident after it reported having 700 calls waiting to be dispatched across its area.

It comes the day after North East Ambulance Service made the same declaration due to ‘unprecedented’ pressure after the holidays. 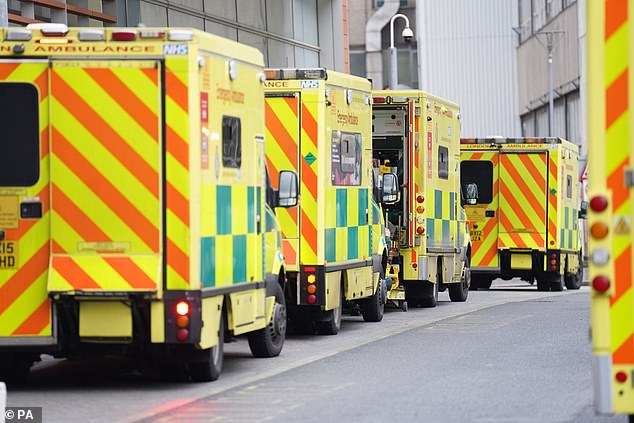 As of 11.30am this morning, 482 patients were stuck waiting for ambulances across the South West

It was the second time in nine days the North East Ambulance Trust declared a critical incident due to significant delays for more than 100 patients waiting for an ambulance, as well as a reduction in ambulance crew availability to respond because of delays in handing over patients at the region’s hospitals.

Wayne Darch, deputy director of operations for the South Western Ambulance Service, said: ‘Please help us to help the patients who need us most by only calling 999 if a patient has a life-threatening condition or illness.

‘If the condition of a patient is not life-threatening we may direct them to an alternative service. So please help us by accessing the right service for the care you need.

‘We are doing all we can to manage these winter pressures and we are sorry that we are unable to respond to some patients as quickly as we would like. We will get to you as soon as we can.’

Mr Darch asked people not to call 999 back to ask for an estimated time of arrival of an ambulance as it cannot be provided and will block the line for other callers.

The majority of ambulance services across England declared critical incidents last week ahead of the busy Christmas period and planned industrial action which saw more than 10,000 workers across England and Wales walk out. 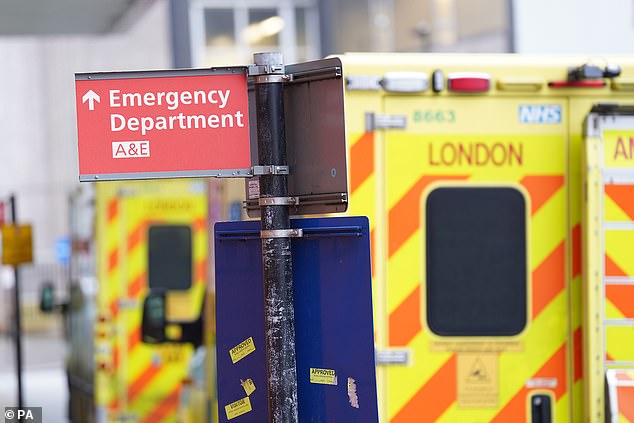 The union postponed and re-scheduled the industrial action planned for Wednesday December 28 to January 11 next year as a ‘thank you to the public’ for their ‘incredible support’, according to a GMB statement.

Paramedics, control room staff and support workers, who are members of the Unison, and Unite unions, have also decided to take strike action.

It comes as the Royal College of Nursing began its first ever national strikes in its 106 year history.

Earlier this month on December 15 and 20 thousands of nurses across 176 hospitals in England, Wales and Northern Ireland walked out. 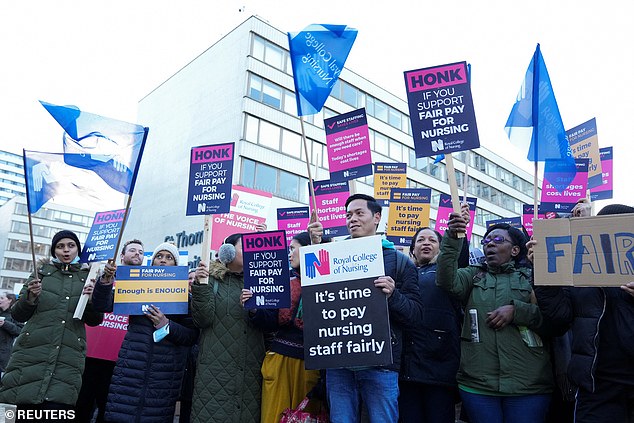 Earlier this month, thousands of nurses walked out of 176 hospitals in England, Wales and Northern Ireland, as part of the Royal College of Nursing’s industrial action

This resulted in more than 40,000 patient appointments and procedures being rearranged.

The union, which is hoping for an above-inflation pay rise, has since announced it will be holding further industrial action on January 18 and 19 unless negotiations begin again.

Sandwell and West Birmingham NHS Trust said it was seeing ‘immense pressure’ on its services and has had to declare a critical incident due to ‘exceptionally high numbers’ of patients awaiting treatment in its A&E departments.

Surrey and Sussex Healthcare NHS Trust said it has taken the same action after seeing ‘record numbers’ of patients in A&E, calling 999 and 111 and accessing GP services.

Many ambulance services and hospital trusts across the UK have urged members of the public on their websites and Twitters to only dial 999 in ‘list-threatening’ emergencies, and encouraged people to call 111, contact their GP or visit their local pharmacists.