A PENARTH woman whose son died suddenly has channelled her grief into something positive.

Mason Lee James Ah-mun, moved to Penarth with his mother Maxine Ah-mun, when he was four years old and the family had “many happy years there”.

But, in March 2020, when Mason was 21 years old his mother received news that no mum ever wants to hear: her son had collapsed on Masefield Road and, within 30 minutes, died.

“Mason always told me that he was going to develop an app,” said Maxine Ah-mun.

“He spent hours with his friends trying to think of something that would be successful and useful to the public,

“Following his sudden death, I decided to fulfil his dream, so he would not be forgotten. It was a productive way to channel my grief and do something Mason would be proud of.”

MAS App aims to promote diversity and equality, allowing people to move around safely. It has the ethos: ‘Be You, Be Free, Be Safe, Saving Lives’.

It allows people to locate and promote Welsh businesses and services which treat people equally – regardless of skin colour, disabilities, size, culture, or sexual orientation – and will also highlight the locations of accessibly defibrillators.

Ms Ah-mun is an ambassador for Calon Hearts who shared their list of defibrillators to add onto the app – they will inform her when new ones are placed so she can add them to the MAS App.

“If someone collapses time is of the essence,” said Ms Ah-mun.

“The app will walk you to your nearest available defibrillator and have demonstrations on how to use the defibrillators – with information kindly shared by British Heart Foundation.”

Businesses who operate under the MAS App ethos will be asked to sign up to the free MAS App and an icon will be placed on their websites with stickers for windows.

Ms Ah-mun and a team of volunteers have helped raise funds for this project, and will provide more community defibrillators in the future.

The app will launch at Baroque, on Windsor Road, at 3pm on February 3, with a launch party in the evening. 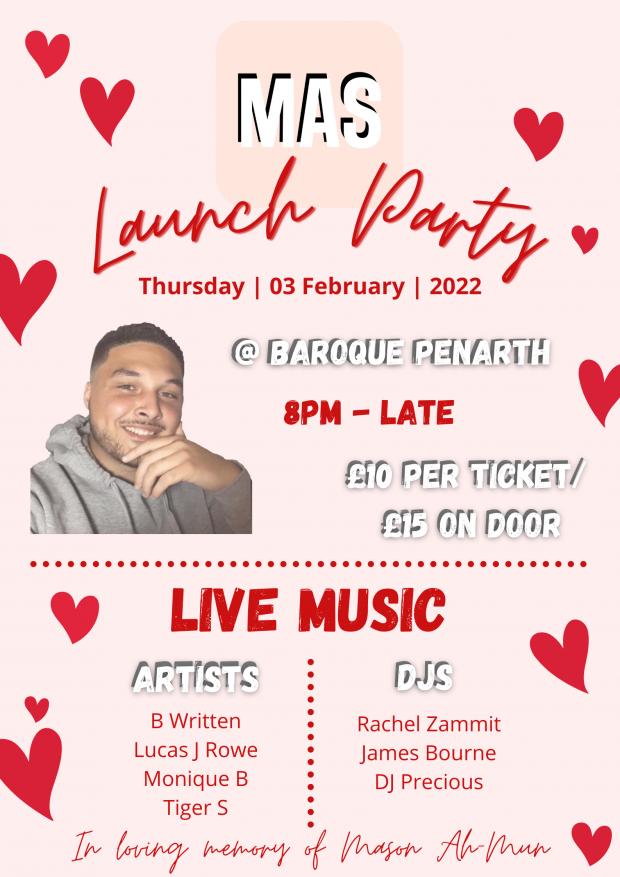