A PENARTH church foodbank has urged more people to “come forward and get help” if they’re struggling as the cost of living crisis tightens its grip on households.

The Tabernacle Baptist Church food bank on Plassey Street, which is run by Claire Grafton and her team of volunteers, says it has seen a rise in people using the service in recent weeks.

READ MORE: Cost of living crisis UK: Our mission to help you save money

“But what we’re also seeing is regulars with longer lists of items which is concerning.”

Mr Lee believes that the perception of foodbanks may also be discouraging more people from coming forward for help.

“There’s still a stigma that exists around using a foodbank,” he said.

“Particularly those that have always earned a living and have maybe lost their job or are trying to deal with rising living costs – the last thing they want to do is go to a foodbank.”

MORE FROM THE YOUR MONEY MATTERS CAMPAIGN:

The foodbank has previously spoken about how the covid pandemic uncovered previously “hidden” poverty issues in Penarth.

Hundreds were helped by the service during lockdown and it continues to see regular use of its services.

“Penarth is a place where you look around and think everything is fine,” Claire Grafton said previously.

“There is that tag. Everything isn’t fine, there are significant hidden issues here that have been uncovered by this period.” 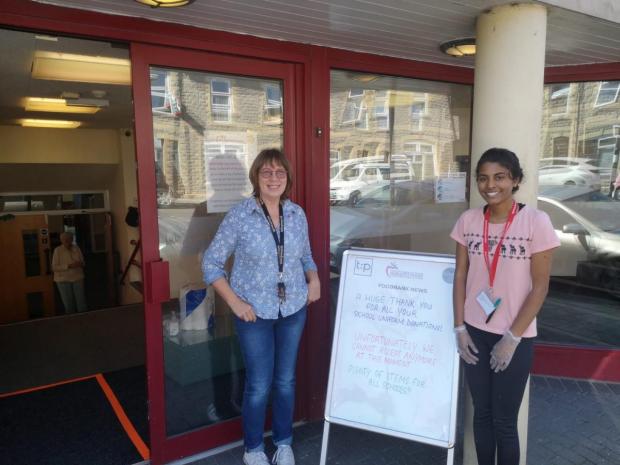 Claire Grafton and Christina Kulamannage, volunteers at the food bank.

And with more households on middle incomes feeling the squeeze of rising living costs in recent weeks, the foodbank is keen to help in any way it can.

“It works to provide help and support to those who are homeless or are threatened with homelessness in the Vale of Glamorgan – so we refer people to this.

“But we’re also doing a lot to provide emergency food to essentially tide people over.

“We’ve been speaking to a lot of people who struggle to get through to their next payday.

“What we’d say to people is that we are all in this together. We don’t want people to be ashamed to come forward and get the help that they need.”

The foodbank is open every weekday between 10am and midday for people to collect or donate food or uniform. Sue Gray report: The names of the people who attended Downing Street lockdown parties and who they are