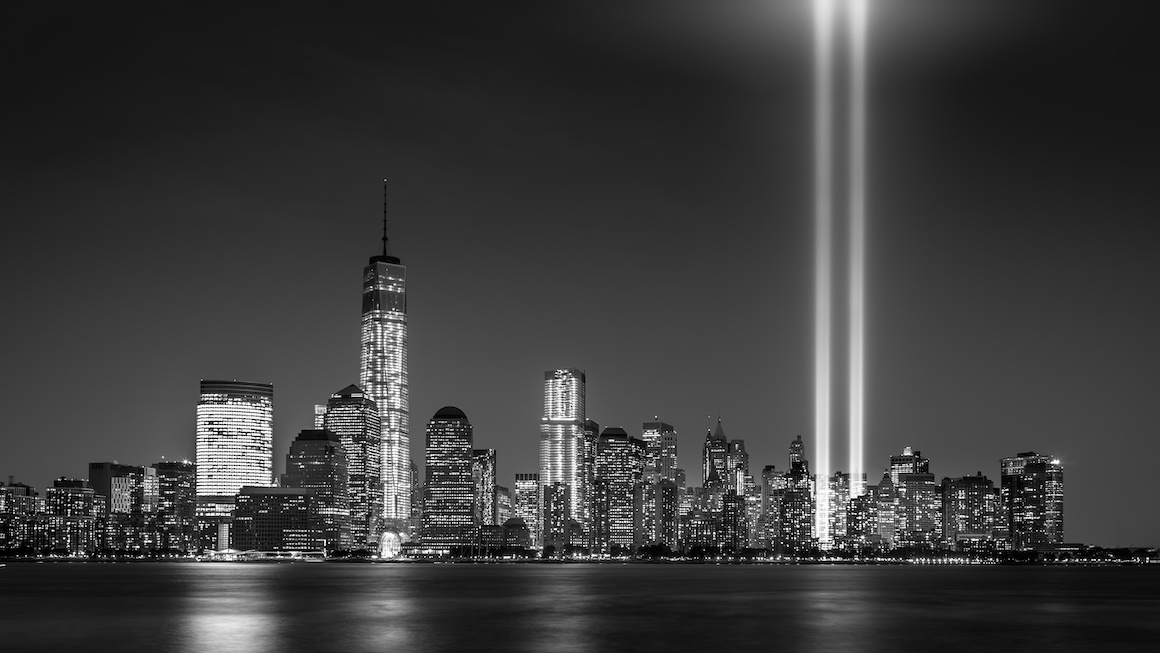 It was a painfully clear morning the morning the world changed.  We didn’t have a TV at the time. The first news we heard was by phone from a client I was consulting for, telling me a plane crashed into the World Trade Center.  I told them to cancel the event we had planned. I thought it was a small prop plane.  It was inconceivable that it could be anything else.

We turned on the radio and the reports came in, increasing in pitch and intensity and horror.  When the second plane hit, we knew it was no accident.  As the other reports came in, for Washington and for Pennsylvania, my husband and I looked at each other and realized there was no telling how many other planes had been weaponized, or where they might strike.

I went out for cigarettes (I had quit but forget about that) and saw people riveted to TV’s in stores and delis.  After the first few minutes I couldn’t watch anymore and went home to resume our vigil by the radio.  The worst part to hear, the part that sent me sobbing into his arms, was that the first Tower had fallen.

I had represented the World Trade Center a few years earlier, as part of its PR agency of record.  I felt so proud to be working with an iconic landmark.  I still had the business cards of people who worked there. Did they make it out in time? Did they burn to death, or did they jump?

After the second Tower fell, Michael and I realized we needed to be with people.  We walked outside and every bar on Second Avenue was packed, everyone silent, everyone watching the collapse, the videos playing over and over.  Mayor Giuliani stepping up to the cameras, his voice cracking when he said he saw people jumping from the towers. Every time the wind shifted, bitter acrid smoke filled the streets.  Everyone had coughing fits, and our eyes burned and stung.  A few hours later we saw the slow parade of people returning home… people covered in dust, their eyes glazed over.

The following days and weeks and months in New York we saw hundreds of flyers with pictures scotch-taped at every bus stop, outside every hospital.  Have you seen my brother/father/spouse/sister/son/daughter.  S/he was hearing a blue suit. A red dress. A fireman’s uniform. A police uniform,  A chef’s whites. The hope was as heartbreaking as the funerals for 343 firemen and 72 policemen, day after day after day, at churches and synagogues all over the city and the region. The  heartbreak also spread to other cities and states and countries.  Everybody lost somebody.

Back home in NYC, I grew to hate the sound of bagpipes. Everyone outside wore a stunned expression, sadness, shock that lingered for weeks….as did the smoke from The Pile. We saw the smoke anytime we looked at the sky. At the sound of an airplane overhead, pedestrians exchanged worried and frightened glances. It’s hard to believe it happened 20 years ago.  It still feels like yesterday. I still feel a stab of anxiety when I hear a plane overhead.

That’s the story of where I was on 9/11 and how I found out about it.  What’s yours?  Share your thoughts in the comments….and no politics, please.

First refugees evacuated from from Afghanistan arrive in Wales

An actor, two big bees and a lot of experts: a week spent tackling the planet’s problems | Environment 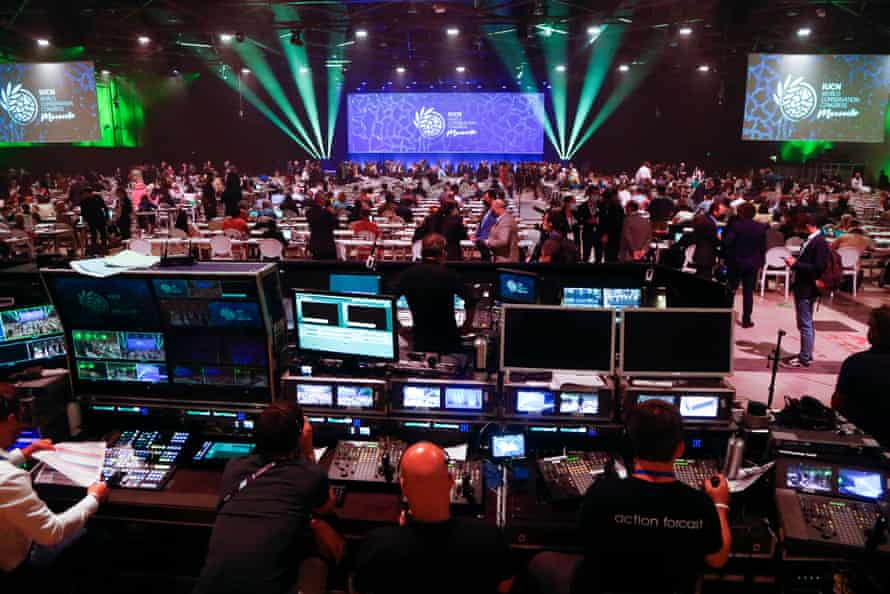