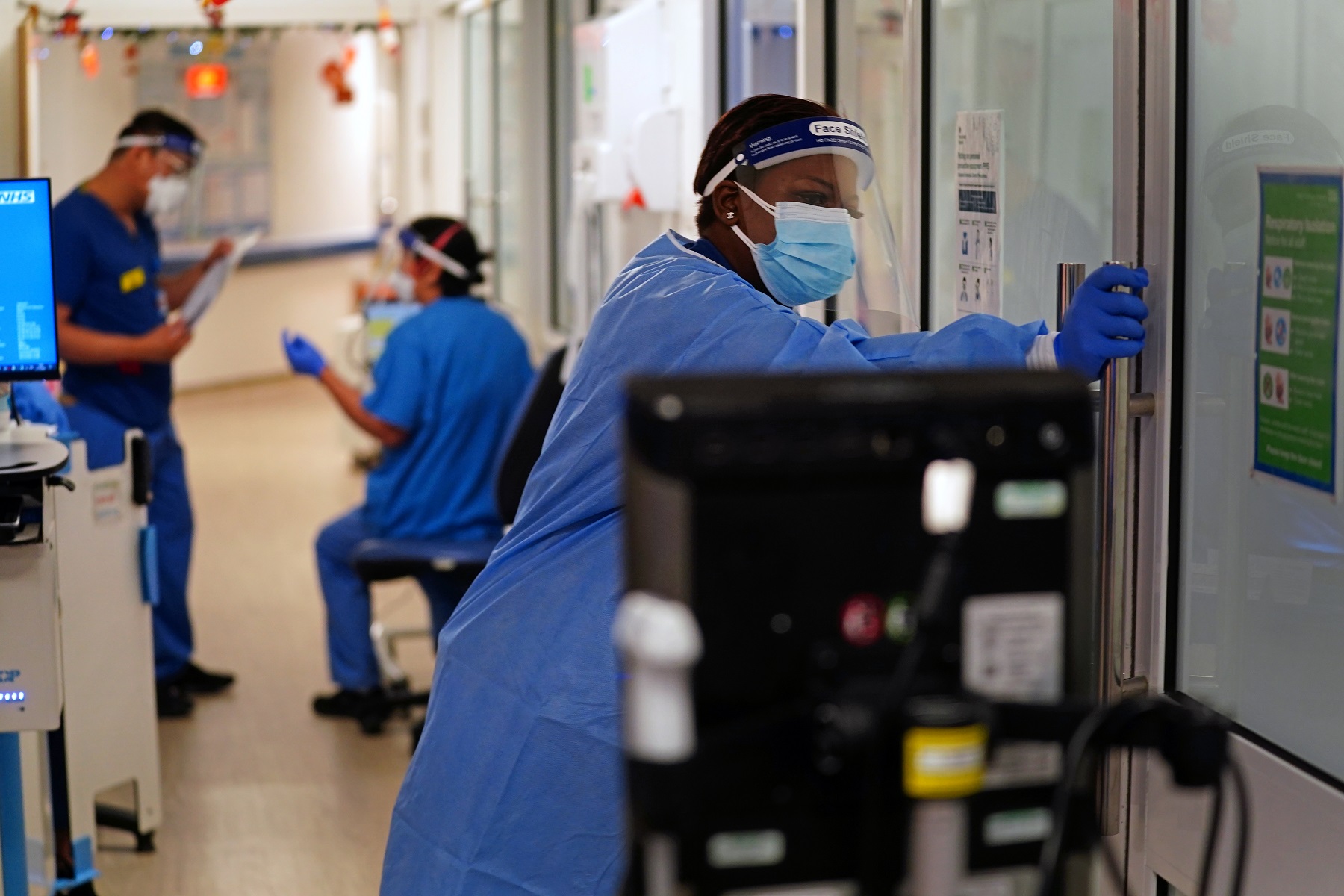 TODAY marks one year since the peak of coronavirus-related hospitalisations in Wales.

On January 12, 2021, there were a record 2,879 people in hospital with either confirmed or suspected Covid-19 infection, or who were recovering from the disease.

That month marked a low point for the pandemic in Wales, and across the UK, with the Alpha variant first identified in Kent running rife and the coronavirus vaccine programme – only a few weeks old – yet to offer widespread protections against the spread of the virus in the general population.

The nation was still reeling, too, from the snap lockdowns introduced across the UK just days before Christmas, as political leaders scrambled to stem the wave of hospitalisations caused by the new Covid wave. This time last year, more than one-in-three hospital beds in Wales was occupied by someone with coronavirus.

That rate is now, thankfully, significantly lower. The latest figures show that around one-in-seven hospitalisations in Wales are currently Covid-related, and while the patients numbers have grown again since mid-December, the current number of coronavirus patients in Welsh hospitals is now 1,131.

Vaccination has played a huge role in these improvements, reducing the risk of serious illness for people who become infected. And research indicates the Omicron variant, that has spread across all parts of Wales, spreads more quickly but is less likely than other strains to cause severe illness.

But while Omicron may lead to fewer hospitalisations, Wales has reported record numbers of cases in recent weeks, leading to disruption as thousands of people isolate – and the health sector has not escaped this.

The British Medical Association warned the Omicron wave was having a “severe impact” on the NHS, with a poll of its members suggesting one-in-five doctors had needed to self-isolate in the past fortnight.

Welsh health minister Eluned Morgan also said on Tuesday that the current staff absence rate in the NHS was around eight per cent, either due to employees being off sick or self-isolating.

What next in Wales?

Ministers in Wales are currently reviewing the rules on a weekly basis, with any changes typically confirmed on Firdays. This week in the Senedd, following pressure from the leader of the Welsh Conservatives, Mark Drakeford suggested the rules here could be relaxed if the scientific modelling shows Wales is passed the peak of the Omicron wave.

Currently, though, that modelling suggests the peak is still 10 days away, although cases are predicted to drop rapidly once that high-point arrives, the first minister said.

“If we are very fortunate, and it’s a very big ‘if’, and we find that we have passed that peak and we are on a reliable reduction in impact of coronavirus upon us, then we will look to see what we can do, as I say, to relax some of the protections that we’ve had to put in place,” Mr Drakeford said. “But we will not do it until we are confident that the scientific and medical advice to us is that it is safe to move in that direction.”

‘Extraordinarily warm’: winter is fastest-heating season in most of US | Climate crisis

'I blew up like a huge balloon, it was terrifying'