One in EIGHT childhood asthma cases are linked to gas stoves, study warns

Roughly one in eight cases of childhood asthma in the US are a result of air pollution given off by gas stoves, new research shows.

This puts emissions from gas cooking at the same asthma risk level as breathing in secondhand smoke.

Asthma affects roughly six million US children each year and nearly 13 per cent of them get it from breathing in the myriad toxins that a gas stove belches out every day.

Findings from the team at the Rocky Mountain Institute in Colorado suggest that the roughly 35 per cent of American homes that use gas stoves should mitigate the spread of toxins like nitrogen dioxide and benzene by switching to an electric induction stove.

Their research is the latest installment in a growing body that shows the danger of having a gas stove in the home, which can emit carcinogenic toxins that put people at risk of severe health effects. 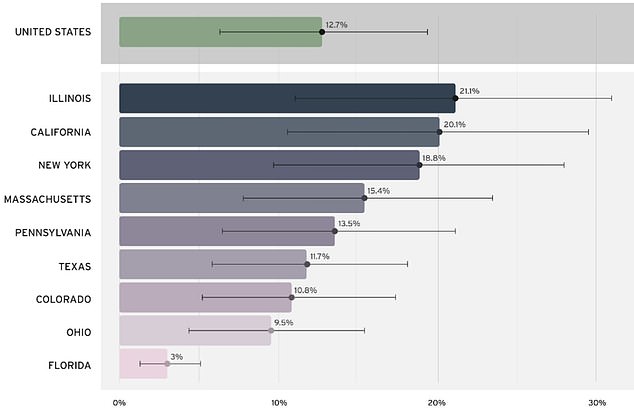 Nearly 13 per cent of asthma cases in children on average can be blamed on the toxins produced by gas ranges. That is considerably higher in several states for which data was available including California, Illinois, New York, Massachusetts, and Pennsylvania 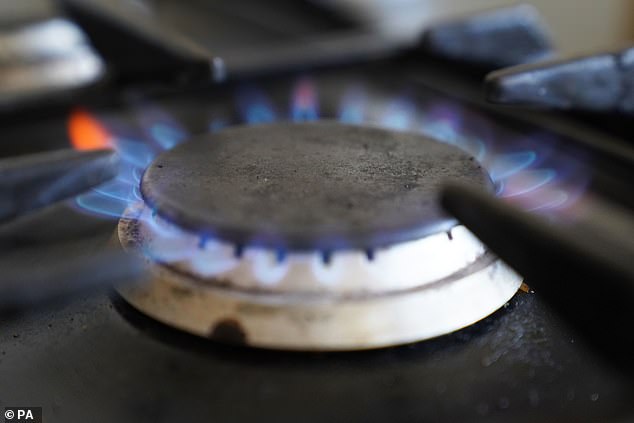 Toxins such as benzene, methane, nitrogen dioxide are produced when a gas range is used

Brady Seals, manager of the carbon free buildings program at RMI who led the research said: ‘The PAF [population attributable fraction] calculation is a common epidemiological tool that can help show us what reduction we would see if the risk factor was removed/reduced to an ideal scenario. In this case, getting rid of gas stoves could reduce the proportion of childhood asthma by 12.7%.’

The researchers from Colorado as well as Australia and New York analyzed the risk posed to children from gas emissions and the proportion of American households that have gas stoves, concluding that having the stoves greatly increased the risk of asthma.

The authors relied on 2019 census data to determine what proportion of American children are exposed to asthma-causing toxins produced by gas stoves, borrowing methodology from a 2018 analysis that found 12.3 per cent of pediatric asthma cases in Australia were attributable to cooking on gas ranges.

In some states, the proportion of childhood asthma cases linked to gas ranges is even higher than the nationwide average. Illinois had the highest PAF number at more than 21 per cent, while New York’s came in at nearly 19 per cent.

‘Said another way, if we theoretically got rid of all the gas stoves in NY, we could prevent an estimated 18.8% of childhood asthma,’ Ms Seals said.

Children living in homes with gas stoves are 42 percent more likely to have asthma, according to a 2013 report.

Gas stoves introduce toxic pollutants into the air even when they are turned off. Cooking on a gas range creates nitrogen dioxide, a known precipitator of asthma.

In fact, in 2019 alone, nearly two million cases of childhood asthma were estimated to be due to nitrogen dioxide poisoning.

That is the same pollutant associated with major highways. Because of the more enclosed nature of an indoor room when compared to outside, the pollution in a gas stove kitchen could be stronger than it is on a major freeway.

Gas stoves can also emit methane, which can cause a person to have trouble breathing and cause a rapid heartbeat.

Benzene may also be leaked from switched off gas stoves. The chemical has been linked to the development of multiple cancers – though experts believe the amount of benzene leaked by stoves is not enough to pose serious danger. 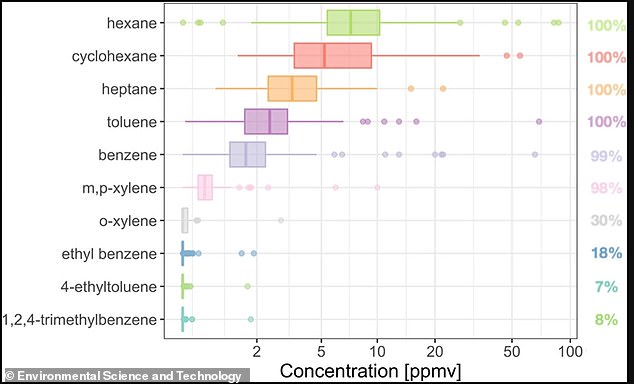 Researchers have found the prevalence of about a dozen dangerous chemicals in gas stoves. One of them, hexane, has been linked to nerve damage. The cancer-causing benzene was detected in nearly every stove in a recent sample of gas ranges

Previous studies into the harmful emissions have found that gas stoves give off a cocktail of toxic compounds such as hexane, which is known to cause permanent weakness and nerve damage in the feet, legs and hands of people who suffer long-term exposure.

It is looking increasingly likely that gas ranges will be phased out over time in exchange for more energy efficient electric ranges. The Environmental Protection Agency does not have regulatory jurisdiction over indoor pollution caused by gas stoves, so another federal official is seeking to fill that gap.

Consumer Product Safety Commissioner Richard Trumka Jr. said last month that the agency would begin collecting comments from the public on the issue this spring, potentially putting new regulations on the books by the end of the year.

Commissioner Trumka said: ‘I think we ought to keep that possibility of a ban in mind, because it’s a powerful tool in our tool belt and it’s a real possibility here.’

The gas industry, meanwhile, is fighting back against the researchers’ findings. The powerful American Gas Association trade group lambasted the team’s conclusion that it argued is ‘based on data that are either not validated or do not accurately reflect risks associated with gas cooking.’

Approximately 25 million Americans have it, including about six million children

It’s a common but incurable condition which affects the small tubes inside the lungs.

It can cause them to become inflamed, or swollen, which restricts the airways and makes it harder to breathe.

The condition affects people of all ages and often starts in childhood. Symptoms may improve or even go away as children grow older, but can return in adulthood.

Symptoms include wheezing, breathlessness, a tight chest and coughing, and these may get worse during an asthma attack.

Treatment usually involves medication which is inhaled to calm down the lungs.

Triggers for the condition include allergies, dust, air pollution, exercise and infections such as cold or flu.

If you think you or your child has asthma you should visit a doctor, because it can develop into more serious complications like fatigue or lung infections.

ITV Dancing On Ice: 6 couples competing in week one

January edition of OUR NEWS is here – Action Fraud Alert