Amber Stevens went to bed on Sunday night expecting her paddock could get a little wet, nothing more. You didn’t get big floods in Tichborne – hadn’t for 70 years.

The next evening, she was huddled on top of a water tank, with her baby Finn, husband and two dogs, watching a sea of flood water engulf her home in the usually barren central west of New South Wales.

“We woke up [on Monday] and there was water everywhere,” she said on Wednesday. “We just didn’t have time to leave.”

About 140mm of rain had lashed down the night before, pooling water around the house. Then it started coming up through the floorboards.

By 4pm on Monday, there was no access in or out of the house. The water tank was the last place to shelter.

“I had my six-month baby on my hip in a sling the whole time,” Stevens said. “He was petrified, he just froze. He wouldn’t have anything to eat, he was crying. We sat on that water tank for two or three hours.”

The family was rescued later that evening. Stevens put her baby in a bag and he was winched up to a helicopter. She did the same for the two dogs. Then she and her partner followed.

The second she was reunited with her little boy, he clung to her chest and wouldn’t let go. Then, after the shock of it all, he fell asleep.

The family was flown to the Parkes evacuation centre where they waited for a four-wheel drive to ferry them to a friend’s house – water rising up on the windscreen.

Stevens and her family are still in shock. They expect to be camped out at their friend’s place until Christmas. They aren’t insured for flooding – they never even considered it.

She was told it would never flood where they lived. When the water came up, they barely had time to collect the animals, let alone valuables.

Residents of Forbes were on Wednesday evening watching to see how far the Lachlan River would rise – with flooding expected to stretch into the weekend.

The Lachlan was expected to reach the record 10.8 metre-level set in 1952, the Bureau of Meteorology said, which would see about 500 homes inundated, according to local flood plans.

Josh Gavin, 34, and his grandparents are already surrounded by water.

“I’m on the south side of Forbes, which is the part that’s cut off from everywhere else,” Gavin said. “I can get out of the house and drive around this end of town but can’t leave.”

They have enough supplies including food and medicine to last them a week. They still have power and have been drinking boiled water since the last flood, he said.

To pass the time, Gavin has been flying his drone, checking updates on Facebook and building a video game – he’s a game designer.

“For the most part, we are as safe as we can be. It’s slow-moving, so unlike Eugowra,” he said. “We’ve just to wait.”

Nathan Whiteside has been assisting evacuees in nearby Orange. Since Monday, he’s transformed the Orange Ex-Services’ Club into a makeshift evacuation centre for dozens of flood evacuees.

Hundreds of people from Eugowra were flown to the relative safety of the regional hub after flood waters inundated the entire town. About 200 residents – about a third of the town – were moved to Orange.

When they arrived, Whiteside said many have nothing but the sodden clothes on their back. They’re given a voucher for meals and clothing before they’re re-homed at a hotel, motel or the local university campus. Often, they’re in shock, he said.

“We have staff walking dogs up and down the street while their owners have dinner and check on each other.”

The club has also been accepting donations – water, vouchers and money, mostly. Bedding and pillows have to be stockpiled because there’s nowhere to take them.

Whiteside visited Eugowra on Tuesday to drop off items. He said it was hard to describe.

“I’ve never been to a war zone but that’s what I envision it’s like,” he said.

“There were houses washed away, 800 metres from where they should be. Cars and caravans dislodged, moved and ruined – including police cars, ambulances. It came up so quick trucks had to evacuate.”

Whiteside said many evacuees, like Stevens, weren’t insured for flooding. It’s expensive and some simply can’t afford it. Or they think “it’s never flooded, we’re safe”.

“The water went a metre through his house. It’s never been there before and it hasn’t just trickled through. It’s come out of nowhere. It was just devastating for someone who knows the town as a kid. It’s only a little town but it’s going to cost a fortune to rebuild it.”

One silver lining came for Stevens on Wednesday morning. After a giant community callout, the family’s two horses were found – rattled, but safe – in the paddock next door.

“All our fences were gone, the heavy metal gates were ripped out of the ground, but they were safe,” Stevens said. “The tears haven’t stopped coming, but I know we will be.” 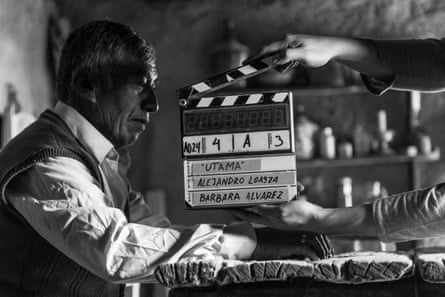