A federally-funded study will test the power of magic mushrooms as a smoking cessation for long-term users.

The $4million research grant marks the first allocation of Government money to study the medicinal benefits of psychedelics in 50 years.

Researchers at Johns Hopkins University, University of Alabama Birmingham, and New York University will launch the project in December and recruit 66 smokers.

Participants will be given psilocybin, the active ingredient in mushrooms, as well as therapy. They will be compared to a control group given a placebo and therapy.

It is thought that psilocybin in a therapeutic setting will help rewire people’s brains and curb their addiction.

Cigarette smoking remains the leading cause of preventable death in the US with roughly half a million deaths occurring each year.

There are still 30million cigarette users in the US.

In 2018, about 55 percent of adult smokers had made a quit attempt in the past year, but only about 8 percent were successful in quitting for six months to a year.

Most of the available smoking cessation tools, such as patches and nicotine gum, fail at helping people quit and stay away from tobacco. 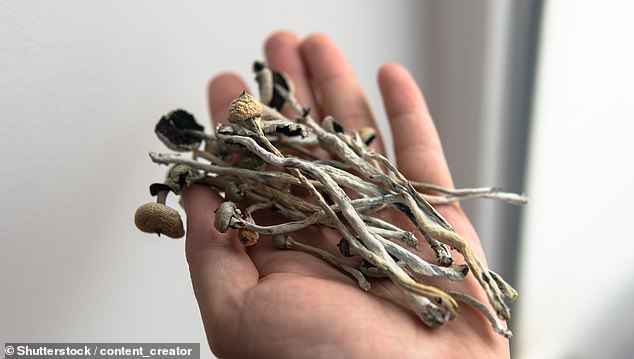 Researchers from three universities will recruit 66 smokers (22 per site) to receive either psilocybin or niacin in addition to talk therapy. They will continue following subjects over the course of a year to determine whether the drug helped them quit long term. 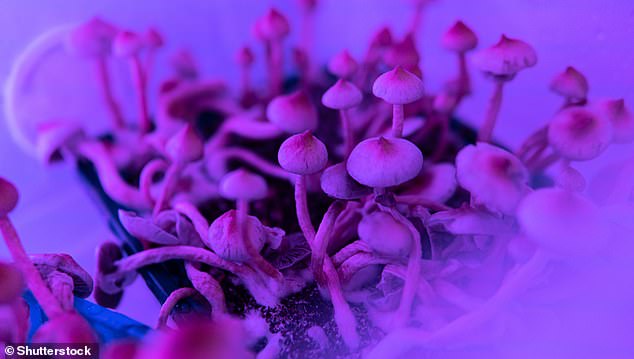 ‘Magic mushrooms’, generally a recreational drug, contains psilocybin which has shown to have therapeutic benefits for people with mood and substance use disorders.

The therapeutic power of shrooms

A 2014 study found that psilocybin helped 10 out of 15 people stop smoking for at least one year.

Compare that to the approximate 35 percent success rate for patients who took varenicline, considered to be the most effective smoking cessation drug.

An August study found that psilocybin was effective at helping heavy drinkers abstain.

Those in the test group who received psilocybin were twice as likely to give up drinking and 83 percent more likely to stop drinking heavily.

An April study by scientists at UC San Francisco and Imperial College London found that psilocybin fostered greater connections between different regions of the brain in depressed people.

This fred them up from long-held patterns of rumination and excessive self-focus, helping to rewire their brains.

The team, led by Johns Hopkins University School of Medicine psychedelics researcher Dr Matthew Johnson, will enroll 66 smokers across their three cities to diversify the pool of subjects and increase confidence in the results.

Participants will receive either oral psilocybin — 30mg in session one and either 30mg or 40mg in session two — or a dose of oral niacin, a type of B vitamin used as a placebo, with sessions one week apart.

The psilocybin sessions with trained professionals, which can last hours, will also include cognitive therapy sessions focused on identifying negative patterns of thought that can lead to behavioral and mental health problems.

Dr Johnson said last year when the grant was issued: ‘The historical importance of this grant is monumental… Psilocybin does have very real risks, but these risks are squarely mitigated in controlled settings through screening, preparation, monitoring and follow-up care.’

The study will build off work that Dr Johnson has done for years. In a 2014 study on the topic, he reported that longtime smokers who had failed many attempts to drop the habit did so after a carefully controlled and monitored use of psilocybin.

The abstinence rate for the study participants was 80 percent after six months, substantially higher than typical success rates in smoking cessation trials.

Research into the benefits of psychedelics to treat substance use disorders has enjoyed a renaissance over the past 20 years.

An August study published in the journal JAMA Psychiatry, for instance, found that of 93 heavy drinkers, those who received psilocybin treatments were twice as likely to give up drinking, and 83 percent more likely to stop drinking heavily.