Cash-strapped NHS bosses advertised hundreds of thousands of pounds’ worth of diversity roles in just one month, it was revealed today.

Sixteen vacancies for diversity, equality, inclusion and wellbeing officers were put online by trusts in England and Wales in October.

The roles have a combined annual salary of more than £700,000. For comparison, the same cash could pay for six GPs, 19 nurses or 20 paramedics.

Campaign groups hit out at health service for forking out ads for more ‘diversity demagogues’.

With the NHS backlog spiralling to 7million, there is ‘no excuse for resources to be wasted’, they said.

It comes amid the never-ending NHS crisis, which has seen ambulance, emergency department and cancer performances plummet to record lows in recent months.

Health chiefs have warned the situation will get even worse due to a £21billion black hole in their funding, which may see services cut.

Ex-Health Secretary Sajid Javid vowed to stamp out ‘waste or wokery’ in the health service. But Steve Barclay, who now holds the role after being appointed by Prime Minister Rishi Sunak, is yet to set out his position. 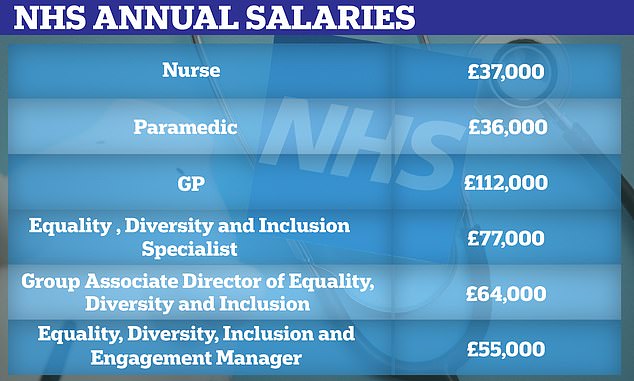 The NHS posted 16 job vacancies at trusts in England and Wales in October that focused on diversity, equality, inclusion and wellbeing. The roles have a combined annual salary of more than £700,000. The same cash could pay for six GPs, 19 nurses or 20 paramedics. The graphic shows the annual salaries of a nurse, paramedic and GP in England and the diversity roles 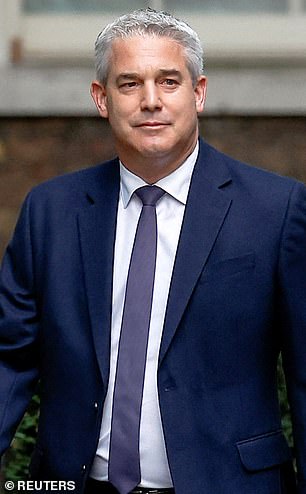 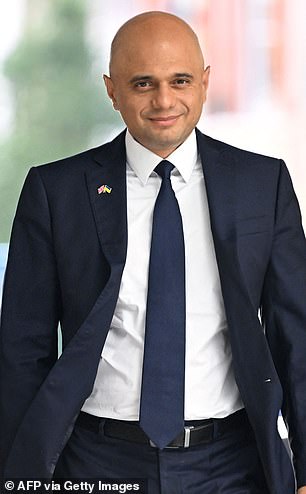 Former Health Secretary Sajid Javid (right) vowed to stamp out ‘waste or wokery’ in the health service. But Steve Barclay (left), who now holds the role, is yet to set out his position

WHAT ‘WOKE’ DIVERSITY ROLES IS THE NHS HIRING?

But two of the jobs have short-term contracts of less than a year, meaning the actual total cost to the health service is £644,415.

Jobs included a five-month stint as an Equality, Diversity and Inclusion (EDI) Specialist at the Black Country Integrated Care Board in Wolverhampton, which paid an annualised salary of £77,274 (£32,198 for five months).

Key tasks include ensuring that EDI is ‘central’ to all work across local NHS organisations and ensure colleagues have the ‘knowledge and skills’ to be ‘champions of inclusion’.

Meanwhile, Manchester University Trust is hiring a Group Associate Director of Equality, Diversity and Inclusion, which comes with a £63,862 salary.

And a £55,049-per-year Equality, Diversity, Inclusion and Engagement Manager is being sought by the Royal Free London Trust.

The East Midlands Ambulance Service is looking for a Wellbeing and Inclusion Advisor, who will pocket £32,934 per year.

Joe Ventre, digital campaign manager at the TaxPayers’ Alliance, which compiled the figures, told MailOnline: ‘The last thing taxpayers expect to fork out for is diversity demagogues in the health service.

‘While patients face mounting backlogs, there can be no excuse for resources to be wasted on these right-on roles.

‘Now more than ever, NHS trusts should be focusing funds on frontline services.’

An NHS spokesperson said: ‘The NHS in England employs more than 1.4million staff across more than 800 hospitals and while it is up to individual trusts to decide how best they support their own staff, NHS England is reducing its workforce by up to 40 per cent.

‘The NHS remains one of the most efficient health services in the world, spending a far lower proportion on administration costs than comparable countries, to ensure we deliver maximum benefit for patients for every pound of taxpayer funding.’

The NHS has repeatedly complained about a crippling lack of resources to fund its services.

A previous investigation by MailOnline in August found five diversity roles, offering £76,000 per year to staff in senior equality roles.

Four out of the five roles offered flexible working, with some actively encouraging people to work from home.

And NHS pay data, released this month, showed the health service spent a mammoth £57million on communications last year, a 13 per cent hike year-on-year, with some staff taking home £108,000 per year.

Health bosses this month warned cancer, mental health and GP services may be squeezed as a result of the £21billion funding blackhole.

They said there was no room to cut costs without turning to core services, such as the amount spent on cancer, mental health and primary care — which medics and campaigners already say is too little.

Meanwhile, more than 7million people in England waiting for routine NHS ops such as hip and knee replacements.

Leading experts fear the ‘grim milestone’ — the equivalent of one in eight people — will only get topped as the pressures of winter, Covid and flu kick in.

It marks the highest total since NHS records began in 2007. Almost 390,000 patients have been forced to endure year-long waits for their treatment, often while in serious pain.

And analysis suggests the NHS is carrying out fewer operations and treatments than before the pandemic, despite pledges to shrink the ever-growing list.

In the past year, an average of nearly 257,500 inpatient treatments, including hip and knee replacements, have been performed each month – roughly 12 per cent lower than the year before the pandemic.