NASA have revealed some of the first images from its Perseverance rover after it landed on Mars.

The rover landed on the red planet on Thursday, February 18 and the world’s leading space agency have shared footage taken from the rover – it includes the first sounds to be recorded on the planet in the form of a gust of wind.

Your front-row seat to my Mars landing is here. Watch how we did it.#CountdownToMars pic.twitter.com/Avv13dSVmQ

Landing on Mars is a rush of tension, drama, and noise. Then, when the dust clears: tranquility and grandeur.#CountdownToMars
Explore in 3D in the YouTube app: https://t.co/iz9YIvEsvy
More images: https://t.co/Ex1QDo3eC2 pic.twitter.com/cj7NOpGysR

The footage begins with the successful landing of the rover on Mars, including deploying the parachute. It also shows a panoramic view of the planet featuring mountains and a delta visible in the distance. 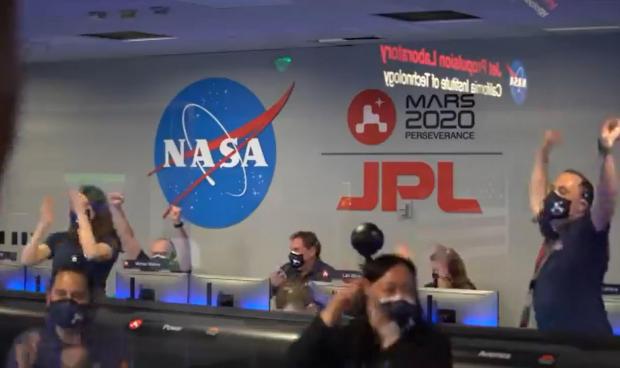 Some of NASA’s crew celebrating the landing of Perseverance

The rover – a scientific laboratory the size of a car – began its mission in July and it took more than 11 minutes for word of the safe landing to reach Earth at just before 9pm GMT on the 18th.

Perseverance is on the red planet to search for signs of ancient life, exploration and collection of samples for a future return to Earth.

It is hoped the results from the years Perseverance will spend on Mars will pave the way for humans to visit the planet.

It is known that Jezero was the site of a large lake 3.5 billion years ago and even had its own delta. Scientists believe the water itself may be long gone but somewhere in the crater or along the 2,000-foot-tall rim there will be evidence that life once existed. 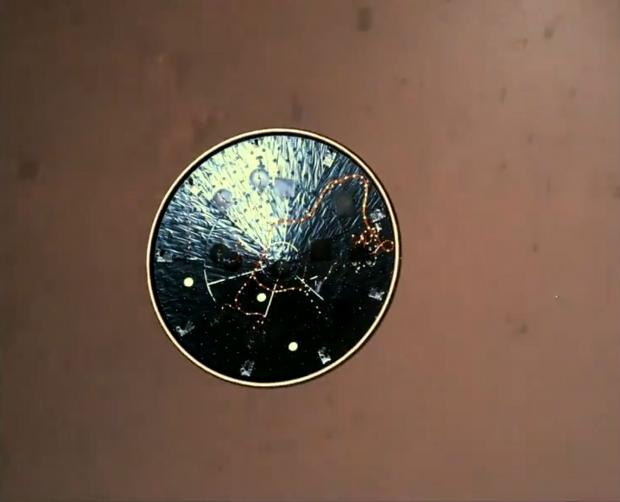 Undated NASA handout taken from video footage of the heat shield separating from the Mars Perseverance rover as it descends towards the red planet.

Perseverance has a drill it will use to gather around 30 rock and soil samples which will be stored in tubes on the surface until it returns to Earth in the early 2030s.

There will also be trials of technologies that will help astronauts make future expeditions to the red planet. Some of these include testing methods for producing oxygen from the Martian atmosphere, identifying resources including subsurface water and improving landing techniques, characterising weather and other environmental conditions.