A TRAGIC loss inspired a woman to set-up her own group helping people in South Wales and beyond.

In 2019, Jude Davies and her husband Geoff went to the Early Pregnancy Assessment Unit (EPAU) concerned that she was bleeding at five weeks pregnant.

A scan revealed a strong heartbeat, which put the couple’s mind at ease.

Just four days before Christmas, 2019, the situation escalated and Mrs Davies, from Cardiff, went to A&E.

“I apologised to my husband as I felt guilty, like somehow this was my fault.”

She was booked in for a scan on Friday, December 27.

“A few days later, I had been having contractions throughout the day and I suddenly became really hot,” said the 42-year-old.

“The pain seemed to stop, but the bleeding didn’t – I knew I’d lost the baby.”

Mrs Davies was taken into A&E while drifting in and out of consciousness and rushed to resus with dangerously low blood pressure. She was later told she had likely miscarried.

“I tried to put a brave face on,” said Mrs Davies.

“It was so hard. I kept thinking of everything that had happened – we had gone from excitement and looking forward to the future to absolute heartbreak.

“I felt angry as everything around us carried on. Christmas came, the children laughed, everyone else seemed to enjoying themselves and all I wanted to do was curl up in a ball and ignore it all.”

Further heartache followed at her EPAU appointment on December 27, 2019. The baby – who the couple planned to call Morgan – had stopped growing but a manual extraction was needed.

“My world came crashing down around me again,” said Ms Davies.

Mrs Davies said she was given a phone number for a bereavement nurse, but that she felt she needed more support.

“Because this happened before 20 weeks, we don’t have a birth certificate or death certificate – there’s nothing to say baby Morgan ever existed except for that six-week scan,” said Mrs Davies.

“I think often society thinks a miscarriage is trivial, but I have found it so hard.

“I grieve for the loss of my babies and the hopes and dreams we had. We haven’t just lost a baby; we lost the future we saw ourselves having.”

Following the tragedy Jude and Geoff set up a not-for-profit group to help others which has now been established for just over a year.

Morgan’s Wings has donated care packages to Royal Gwent Hospital in Newport and Nevill Hall Hospital in Abergavenny. In future the group will donate to Grange Hospital in Cwmbran. 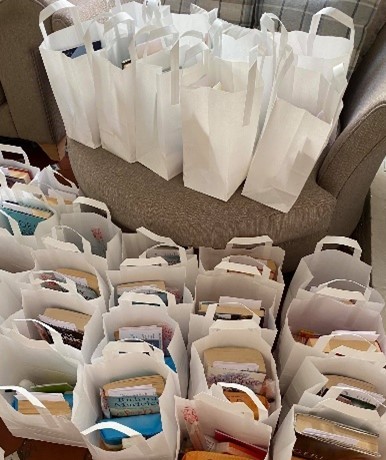 Morgan’s Wings also offers remembrance boxes on a UK-wide basis and certificates of life which can be sent worldwide.

“It’s a mixture of emotions because the people who come to us have sadly suffered a miscarriage, but I’m also quite proud to offer this support.

“We just want people to know that support is out there.”

Jude and Geoff Davies, along with some friends, are currently undertaking a sponsored marathon throughout March to raise money for Morgan’s Wings. Their JustGiving page is available here. 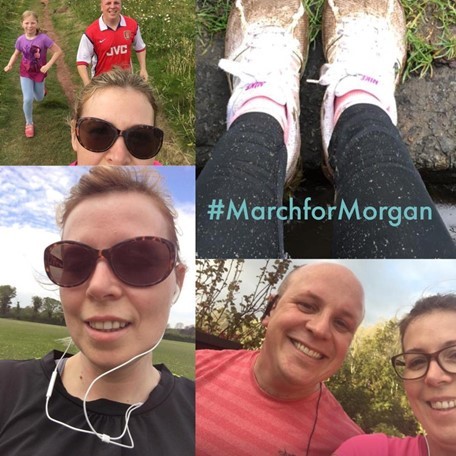 They are aiming to raise at least £250 to help people affected by miscarriage by providing hygiene packages and memory boxes.