A WOMAN of colour has won Miss Wales – for the first time in the competition’s 70-year history.

21-year-old Darcey Corria, from Barry, has been crowned Miss Wales 2022.

She’s the first woman of colour to have ever taken the title; her mother is white British, and her father has Jamaican heritage.

Ms Corria said:”I’m absolutely elated to win and feel so grateful to be Miss Wales 2022.

“I want to thank my friends and family and everyone who supported me along the way.

“I’m so excited to see where this journey takes me but more than anything I feel privileged to be the first woman of colour to hold the Miss Wales title.

“I would like to see more diversity on the Miss Wales stage in the future and I want to use my year to inspire more girls like me to know that they can be Miss Wales or anything else they want to be.

“Growing up I didn’t see girls who looked like me in the media.

“I want to show little girls from the BAME community can realise that they too can take up space and have their dreams come true.” 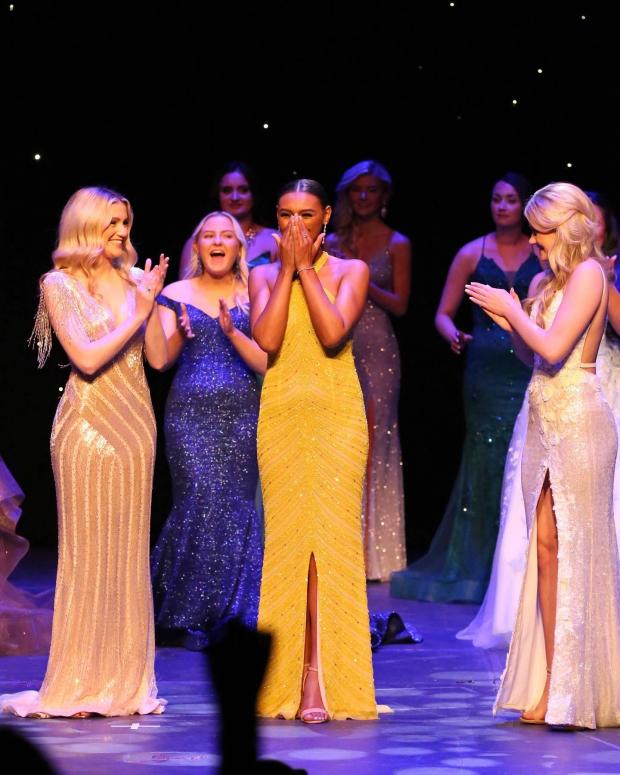 Darcey Corria is announced as winner of Miss Wales 2022

Ms Corria is a black rights campaigner and has been actively involved in the Criminal Justice in Wales Anti-Racism Delivery Plan called Together Stronger.

She volunteers for Race Equality First and helps women from black, Asian and minority ethnic (BAME) backgrounds integrate in to the community through health and fitness.

Ms Corria has also trained to be an Ask Me Ambassador for Welsh Women’s Aid this year. Working in the care sector, she is a ‘dementia friend’ helping raise awareness and understanding of the condition.

What did the final involve?

All finalists also had one-to-one interviews with a panel of six judges.

Contestants also took part in a Miss Wales Empowerment Day and attended a charity ball, where Ms Corria was presented with the ‘Spirit of Miss Wales’ Award for her work to combat racism.

Ms Corria will spend a year in her new role, making appearences and representing Wales at Miss World.