Why couples trying for a baby should avoid a ‘quickie’: Men who focus on enjoying themselves in the bedroom boast higher sperm count, fertility study suggests

By Victoria Allen for the Daily Mail

Couples trying to conceive should avoid a ‘quickie’ and focus on enjoying themselves in the bedroom, a study suggests.

For men may boost their sperm count – and their partner’s chances of getting pregnant – the more excited they are.

Sperm count was in some cases up to 58 per cent higher when researchers gave men virtual reality (VR) pornography that made them feel like they were taking part in the experience compared with video and printed explicit material.

While the study made use of pornography, a fertility expert involved claimed it would apply to sex, but admitted more research was needed. 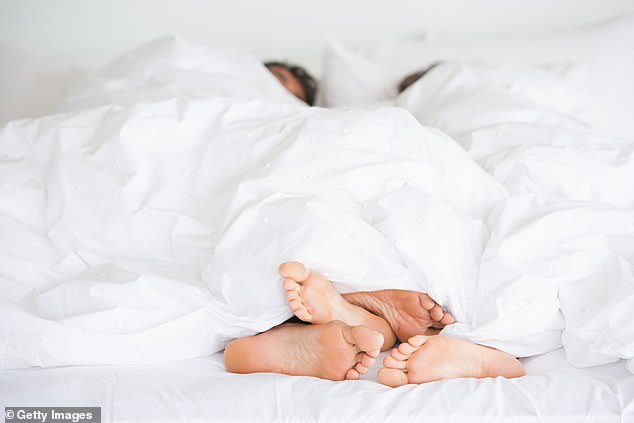 Commenting on the results, co-author Allan Pacey, professor of men’s health at the University of Sheffield, said: ‘This study reinforces the view that having good sex can help couples trying to conceive a baby.

‘It is not just about having a quickie on the day of the month when the woman is ovulating. There is growing evidence men produce better sperm samples for conceiving when they are more aroused.’

The study, published in the journal Reproductive Biology and Endocrinology, involved 63 donors who supplied several sperm samples in a clinic.

It looked at the number of swimming ‘motile’ sperm in each sample, which are the best indication of fertility and whether they can get a woman pregnant.

When men had not ejaculated for 14 hours before providing their sample, they produced 33million extra motile sperm watching the VR pornography compared with the video version. This increased their sperm count by 58 per cent on average.

The apparent effect of being more aroused was reduced when men had gone longer without ejaculating before the experiment, a well-known method which tends to increase sperm count anyway.

Researchers said they could not be sure men did enjoy the VR pornography more or if higher sperm counts were linked to this, but said it was the ‘most likely’ explanation.