Many Tears Animal Rescue has welcomed a litter of new puppies after being battered by Storm Arwen over the weekend.

The rescue centre was hit hard by the storm and was forced to put a call out for help from kind-hearted animal lovers.

One of their puppies died, damage was done to their buildings, and they were left without power for a number of hours.

They were also forced to cancel their Cabin Coffee Day which was due to take place on Saturday because the building was unsafe.

And while they remain “devastated” by the weekend’s events, the rescue centre has welcomed a “rainbow” in the form of the new litter of puppies.

A post on their Facebook page said: “After every storm, if you look hard enough, a rainbow appears.

“Today, at Many Tears, our rainbow has appeared. We recently welcomed a beautiful German Shepherd named Frisby to the rescue.

“It was all hands-on deck as our staff members and volunteers rushed to our veterinary surgery to help the new arrivals.

“Mum and pups are all doing well, and we will keep you updated on their progress as the weeks go on.”

The puppies will be unavailable to rescue until they’re eight weeks old and will be put on the Many Tears website when they are ready for rescue.

The rescue centre provided an update on the damage caused by the storm earlier on Monday.

A post from owner, Sylvia Van Atta, said: “The weather has died down and now it’s very peaceful at the rescue once again.

“The roof of the barn and classroom has temporarily been fixed, but this will need to be completely ripped off at the end of the week and started from scratch again.

“We are still devastated at the loss of Florence the puppy, but Libby the mum and her remaining puppies are doing well and are all warm, cosy and settled again.” 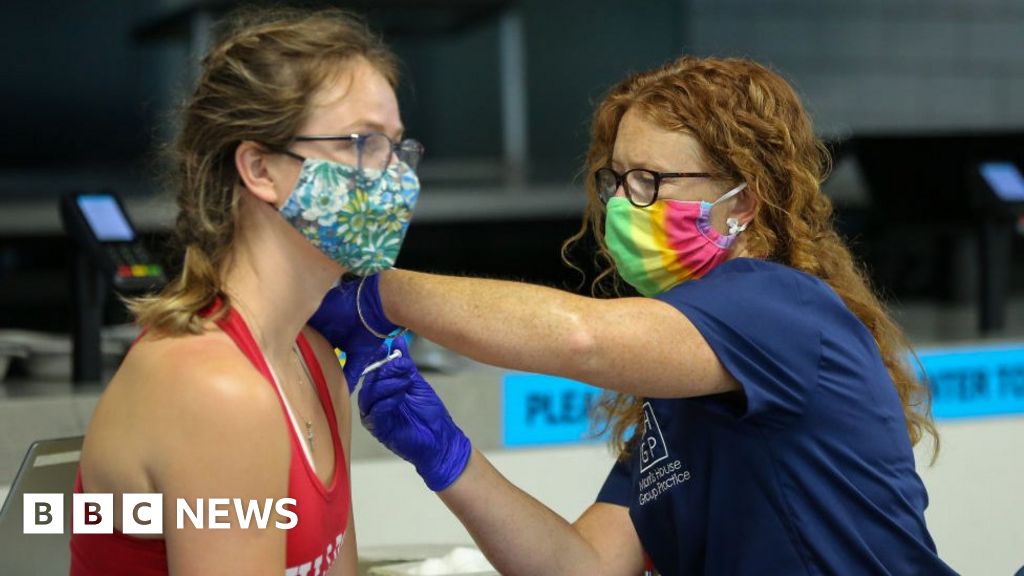 Covid: All UK adults should get booster, say advisers