Lisa Marie Presley, 54, suffered a ‘full’ cardiac arrest at her California home Thursday and needed CPR and a shot of adrenaline to jump-start her heart.

She later died at the hospital, with her mother Priscilla confirming the news saying ‘my beautiful daughter Lisa Marie has left us.’

The daughter of rock-legend Elvis Presley and actress Priscilla was taken away from her Calabasas home in an ambulance after being resuscitated.

Cardiac arrest occurs when the heart suddenly stops beating and denies the rest of the body oxygen-rich blood, shutting off supply to the brain and causing someone to go unconscious. 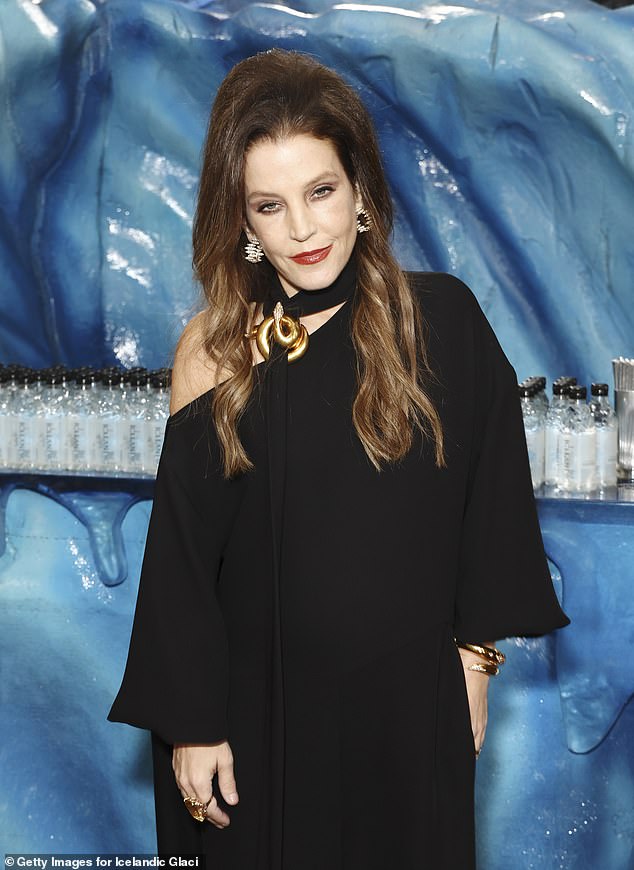 Lisa Marie Presley , 54, was rushed to a hospital after EMTs responded to her home for a ‘full cardiac arrest.’ She later died at the hospital 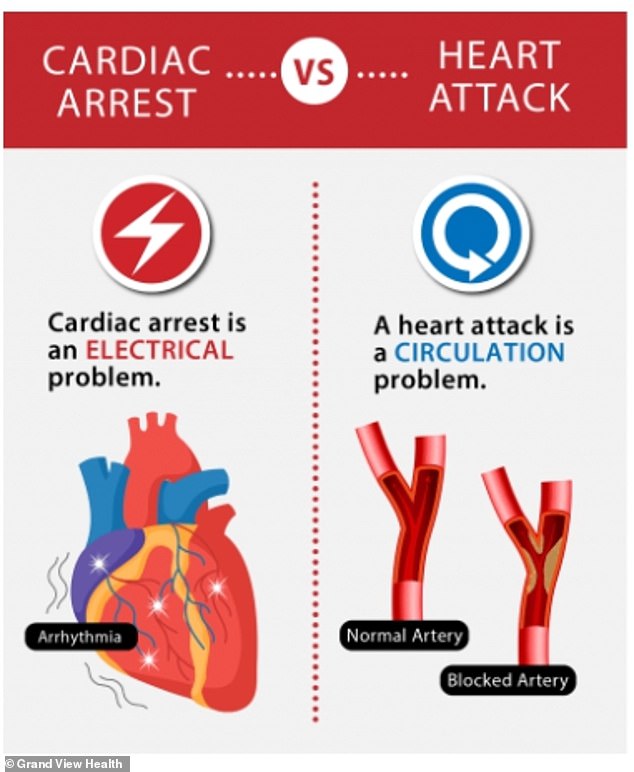 Cardiac arrest occurs when a person’s heart suddenly stops beating. It is different from a heart attack as it is usually caused by an issue with the hearts electric rhythm

When blood stops flowing to the brain, lungs and other vital organs, their function is greatly diminished and key body process needed to keep a person alive are halted.

WHAT IS A CARDIAC ARREST?

A cardiac arrest occurs when the heart suddenly stops pumping blood around the body, which is usually due to a problem with electrical signals in the organ.

This causes the brain to be starved of oxygen, which results in sufferers not breathing and losing consciousness.

Cardiac arrests are different to heart attacks, with the latter occurring when blood supply to the heart muscle is cut off due to a clot in one of the coronary arteries.

Drug overdose and losing a large amount of blood can also be to blame.

Giving an electric shock through the chest wall via a defibrillator can start the heart again.

In the meantime, CPR can keep oxygen circulating around the body.

Brain cells can die within minutes of being deprived of oxygen.

Experts told DailyMail.com that a person could suffer permanent brain damage if they are not resuscitated within four minutes.

Unlike a heart attack, cardiac arrest is not caused by issues with the circulation of blood, but instead when the rhythm of the heartbeat is disrupted.

Heart attacks occur when an artery blockage deprives the heart of enough oxygen, causing cells in the organ to die. The heart does not stop beating during a heart attack, unlike some cases of cardiac arrest.

The American Heart Association (AHA) says that heart tissue scarring caused by a previous event like a heart attack or the development of cardiovascular disease can also be risk factors.

Other risk factors include the thickening of the heart muscle – usually because of high blood pressure, some medications, substance abuse and blood vessel issues that can trigger during serious activities or an enlarged or inflamed heart.

In rare cases, cardiac arrest can be caused by a build-up of potassium in the body, called hyperkalemia.

These patients will be treated with calcium and insulin therapies to negate the effects of potassium in the blood.

In these cases, they will also be given diuretics, which increase urination to clean the mineral out of the body.

The AHA recommends the use of adrenaline to boost blood flow in the body when trying to resuscitate a cardiac arrest patient.

The chemical works by causing blood vessels in a person’s body to contract, and redirect blood towards key organs like the heart and lungs. A 1mg dose will usually be given alongside CPR.

More than 350,000 Americans are hospitalized because of cardiac arrest each year, with 60 percent of patients being men.

Some people stay unconscious after having a cardiac arrest, and need intubation and ventilation with a breathing machine to keep their lungs working.

Patients will be put through a series of x-rays and blood tests to find the cause of the cardiac arrest.

A 2017 study led by the University of Iowa found that cardiac arrest patients spend an average of 12 days in the hospital.

Nearly all cases that strike a person outside of a hospital, 90 percent, will be fatal, estimates suggest.

Ms Presley has suffered addiction to opioid pain killers in the past.

She previously revealed she is ‘grateful to be alive’ after both her father and ex-husband Michael Jackson had died of drug overdoses.

University of Kansas researchers have linked opioid abuse to cardiac arrest, as the drug can be toxic to the heart, degrading its health overtime.

The damage it causes to the lungs is also linked to respiratory depression – when the organs fail to properly exchange oxygen for carbon dioxide.