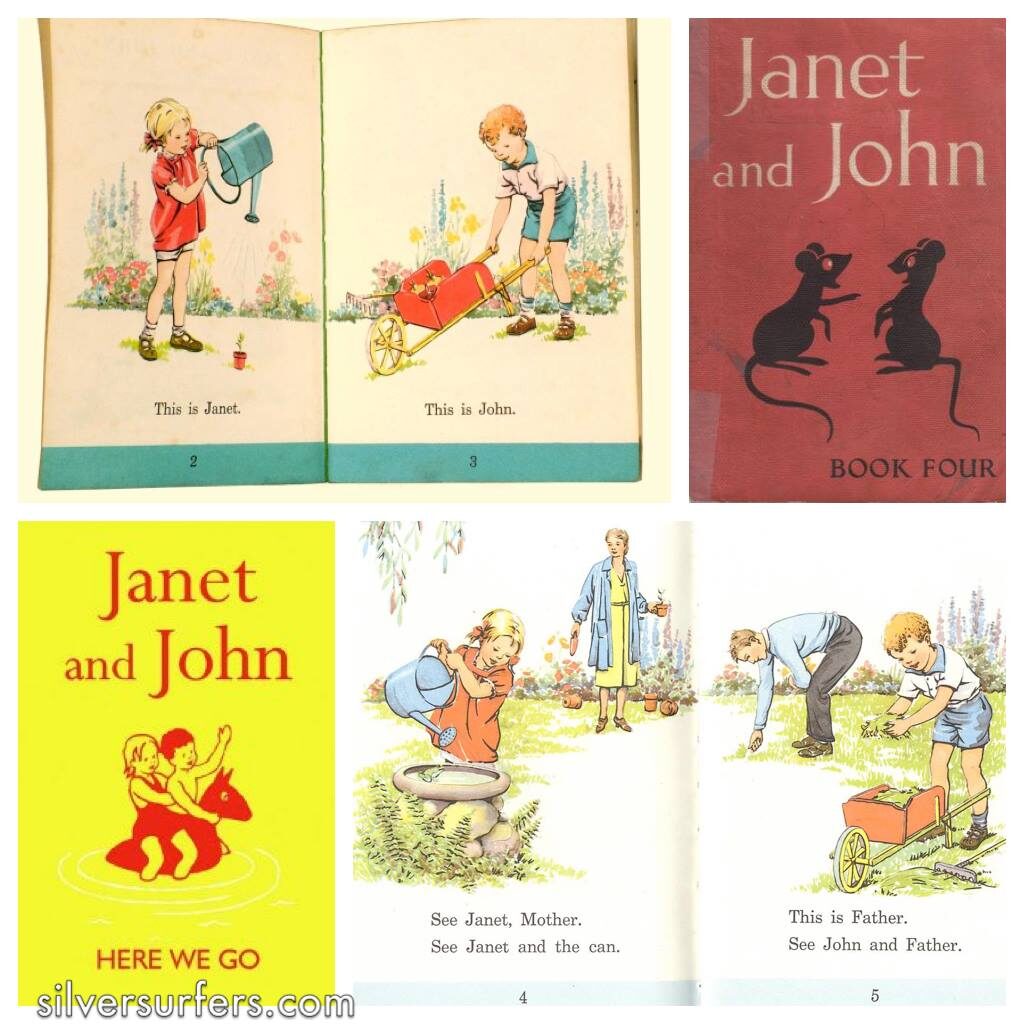 If you were at infant school in the UK during the 1950s and 1960s there is a good chance you learned to read with the Janet and John series of books.

Originally published in the UK by James Nisbet and Co in 1949 the Janet and John reading scheme was one of the first to use the “look and say” approach. Using limited vocabulary, the books were based around the daily lives of a brother and sister with words frequently repeated, the idea was that children would memorise them and therefore read.

This method of learning to read contrasts with the phonics method where children are encouraged to decode groups of letters, which is the method employed in most schools today.

The series was a great success and by 1968 the Janet and John books were being used as a teaching aid in 81% of British schools.

The first volumes of the Janet and John series were called Books One to Four with additional volumes in 1950 – Through the Garden Gate; Off to Play; I Know a Story – Here We Go in 1951 and Once Upon a Time in 1952.

By the mid-1970s the Janet and John books were looking increasingly outdated with their representation of a middle-class nuclear family. New theories were also being developed on how children learn to read and books and with ‘real’ stories were becoming more popular the Janet and John series was finally discontinued in 1976.

During the 1990’s the books were regularly satirised by the king of innuendo Terry Wogan on his BBC Radio 2 show where he read out stories in the stilted diction of Janet and John but with a very adult themed humorous slant!

Do you remember reading the Janet and John books at school?

How to create a showstopping Christmas flower display