Kate Ellis is an Americana singer /songwriter born in Louisiana, raised in New York and now based in London.

Kate’s southern country-folk roots come from her father who was an important early musical influence – he once played guitar with Hank Williams on the famous Louisiana Hayride, where Elvis and Johnny Cash started out.

Kate’s emotional and seductive vocals take you into a world of private beauty, reflection and feelings. The music is always intimate and evocative – you listen and want to be there.

For example, here are some videos of singles released from her first album “Carve Me Out”:

Ones You Love The Most:

Night Before The Dawn:

A journalist for the Observer said: “Kate Ellis writes hauntingly beautiful songs and has an amazing voice, I’m a fan!”

Kate has also performed in festivals and concerts in the US, continental Europe and the UK. From Black Deer, The British Country Music Festival, Maverick and the Belfast Nashville Songwriters Festival, a ‘Whispering’ Bob Harris ‘Under The Apple Tree’ show in Harrogate, London gigs at venues like The Water Rats, Green Note and Half Moon, to gigs in Manchester, Liverpool, Paris and Manhattan.

Her dad’s record collection shaped the music Kate loves and writes, so she decided to make a series of short videos called: “My Dad’s Records” where she shares and talks about some of her favourite tracks from her father’s albums.

In Kate’s own words: “I’ve been thinking a lot about my musical background and I think it really starts with my father’s albums. He had a bunch of albums that I just sort of adopted when I was younger and that he would play, and songs from those albums that he would sing to me and my sister. I fell in love with these songs as a child and they really shaped the music I love today and how I think about music, how I hear it, and what I’m trying to accomplish with my songs.” 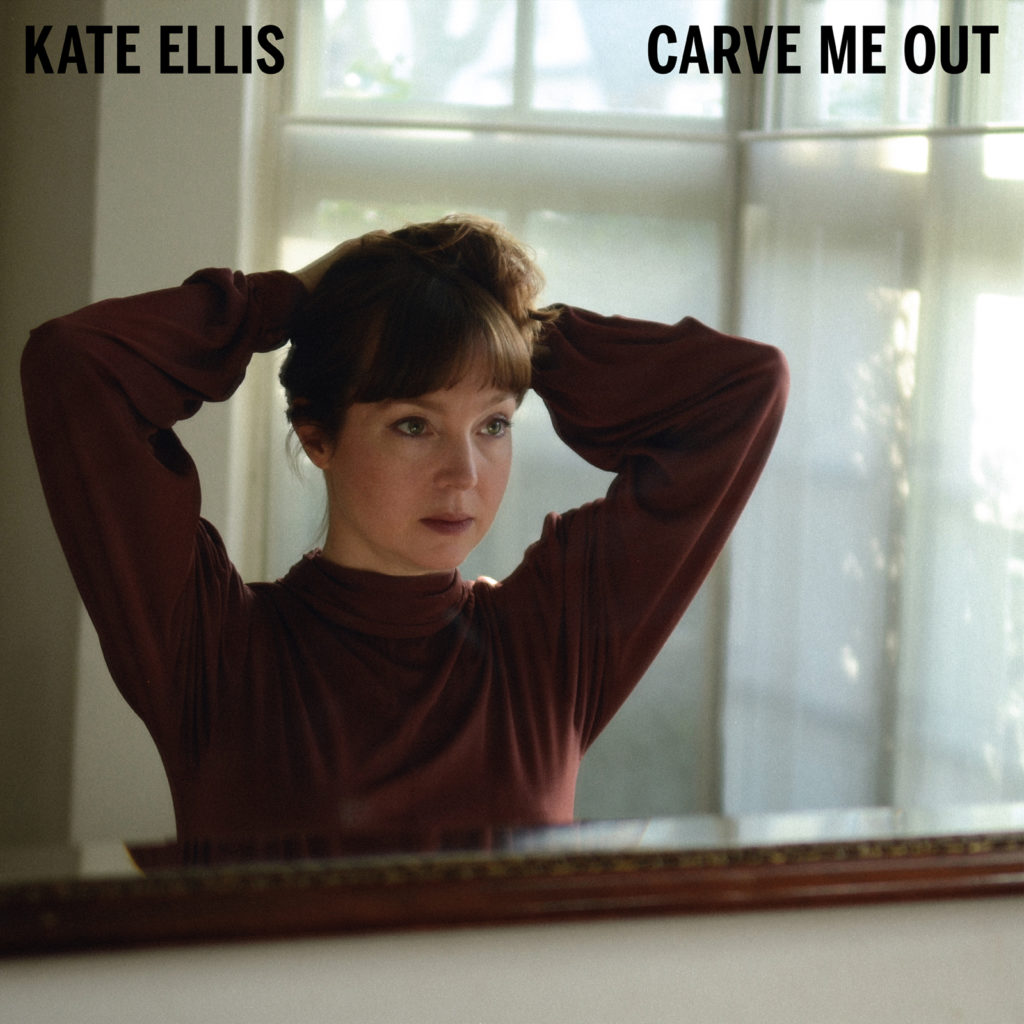 This record is Kate’s first album and the title track is a song that Kate wrote the morning after her mother died. In her own words:

“I woke up in dream state after a few hours sleep and wrote “Carve Me Out” in one go. The process was one of instant download – the music and lyrics just spilled out onto the paper.

In Joan Didion’s memoir on grief called “The Year of Magical Thinking”, she describes how, when one is confronted with something that you can’t quite take in, the mind creates alternative realities in an attempt to make sense of something that makes no sense to you. I think this is what was going on when I wrote this song.

I also read somewhere that when someone is dying, it is like they are travelling farther and farther away on a ship. I think in some way I thought my mother had just gone somewhere too far away, “beyond these pastures…beyond these seas…” and what I most needed to do, what was imperative at that very moment, was to find a way to get to her and bring her back. I felt I had to bring her back to me because I couldn’t bear to let her go.

So I was going to find “a sturdy wooden ladder” or a “mighty wooden ship” that would take me to her. I was going to climb on “a giant raven” or a “shooting star”. Whatever it took, I was going to find a way to get to her. I didn’t care how far I had to go or how long it was going to take. “Carve Me Out” became the title track on my debut album. In the end, I wrote it because I just wanted to bring my mother back to me. And in some ways, through this song, I did.“

You can see a live performance of this song here:

Getting Kates music and following Kate

You can buy the album “Carve Me Out” direct from Kate Ellis via Bandcamp here: https://kateellis.bandcamp.com/merch or at all the usual online places here: http://smarturl.it/kateellis3

You can get more info on Kate Ellis and sign-up to her newsletter on her site at https://www.kateellis.com

Kate is currently in the studio recording her second album.