A “SELFLESS” volunteer from Barry has earned the inaugural Bryan Foley Award.

The Bryan Foley Award was established in 2021 to commemorate the late Bryan Foley for his tireless community work in Barry.

Janet Davies is the first recipient of the award, which celebrates people’s dedication and commitment to the voluntary sector.

Who is Janet Davies?

Ms Davies has been involved as a leader in the Scout movement for almost 30 years, with her contribution being recognised in 2015 when she was presented with an award at the Scout and Guide Fete.

Ms Davies has worked as a Beaver Colony leader and her work as the Starship leader at Barry Island in St John’s Church has helped the group thrive.

She was also involved in starting up the Ty Hafan Scout Group with Cathie Steele, an initiative Ms Davies says she would not have been able to achieve without the support of the late Bryan Foley.

Ms Davies was nominated by Dot Connell, who said in her nomination:

“Jan was of course a friend of Bryan’s – who wasn’t!

“But she knew him well and she displays many of the same qualities he had.

“For this reason, and for the unique, special and selfless person that she is, I would like to nominate Janet Davies for the Bryan Foley Award.”

What happened at the award ceremony?

On Wednesday, May 25, Ms Davies was presented the award by the Mayor of Barry, Cllr Helen Payne at the Cemetery Approach Community Centre.

The event was attended by representatives of many organisations Mr Foley was a part of and his family and friends. Aled Foley, Cllr Helen Patne, and Ms Davies gave speeches. 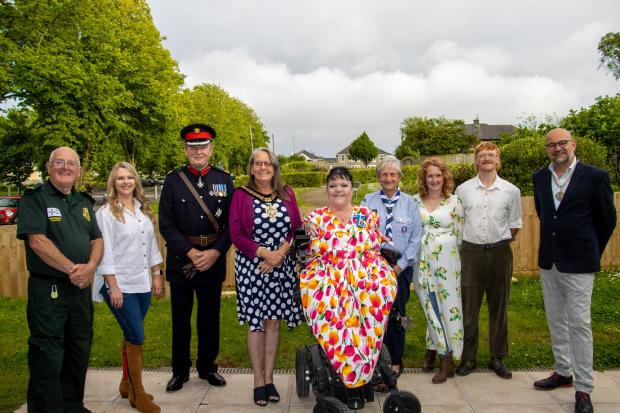 The Bryan Foley Award will open again later this year for nominations.