Antarctica holds an almost mythical appeal. Detached from the rest of the world, its beauty is unique. It is a continent that has never seen a war, and where testing military capabilities is strictly forbidden. It is, as the Antarctic Treaty reminds us, “a natural reserve devoted to peace and science”.

And this impressive wilderness is the place I will be calling home for the next five months, as I embark on a once-in-a-lifetime opportunity to work for the UK Antarctic Heritage Trust (UKAHT) at Port Lockroy, Antarctica. As a conservation biologist, I’m drawn to Antarctica for lots of reasons, not least my interest in the major role it plays in our climate system, and the opportunity to monitor the gentoo penguin colony that calls Port Lockroy home.

I’ll live and work on this small island on the Antarctic peninsula until March next year. It is a place with astonishingly rich wildlife. Here, the gentoos are kept company by numerous species of sea bird, seals and visiting whales. It’s the stuff of dreams for wildlife enthusiasts like myself.

My love of wildlife and exploration began years ago, cemented while studying geography at Glasgow, where I was able to travel to far-flung destinations to conduct wildlife research. Since then, my work has taken me to Peru, Australia and the Caribbean. But until now, opportunities to work alongside spectacular wildlife in the white expanse of Antarctica have been few and far between.

The continent’s desolate, challenging landscape has a rich history offering heroic tales of exploration, jeopardy, discovery and scientific advancement. These tales include the first-hand experiences of those that lived and worked on the Antarctic decades ago; these now sit at the heart of UKAHT’s work.

Working with the other members of this year’s Port Lockroy team – base leader Lucy Bruzzone, postmaster Clare Ballantyne and shop manager Natalie Corbett – I’ll spend the season welcoming visitors to this tiny spot on the world map. Now a historic site and museum, and home to the world’s most remote public post office, the site is completed by a small gift shop. Here, visitors can buy a souvenir to take home, their purchases directly supporting the trust’s important work in heritage conservation in one of the most challenging environments on the planet. A Nissen hut completes the site and will play bunkhouse for our small team during the austral summer. The site has no running water, flushing toilet or wifi, but forgoing these basic facilities seems like a fair trade, to me at least.

Aside from the penguins, museum and post office, as a conservationist, climate change is always on my mind. Certainly no more than when I’m about to relocate to the continent that gave birth to climate science. Why is Antarctica such an important piece of the climate jigsaw puzzle? Antarctica’s vast white surface helps to reflect the sun’s rays, reducing the amount of heat that is absorbed, known as the albedo effect. The Southern Ocean around Antarctica absorbs a significant amount of carbon dioxide, and so Antarctica plays an important part in regulating climate change. The melting of the Antarctic ice sheets could also have devastating consequences for coastal communities across the globe. Antarctica reminds us all of the urgent need to take action to limit and mitigate climate change.

If you caught the most recent episode of Frozen Planet II, you’ll have seen the consequences of climate inaction on the wildlife in polar regions. Warming temperatures means more rain instead of snow, with deadly consequences for penguin chicks whose downy feathers only provide protection against dry cold. Penguins are a bioindicator species, which means that changes to their population indicate changes to the broader health of the environment. During my time at Port Lockroy, I’ll be working on a long-term penguin study of the gentoo colony. The information collected will help us better understand environmental changes and the potential broader impact on both wildlife and the environment.

As I make my final preparations ahead of the long journey, my mind races thinking of the wonderful sights I’ll see, the history I’ll encounter and the wildlife I’ll observe first-hand. The chance to live alongside charismatic, unique species in such an awe-inspiring natural habitat overrides any concerns of being far from home with no shower or flushing toilet for weeks on end. How bad can it be?

David Attenborough once said that Antarctica “is the loneliest and coldest place on Earth, the place that is most hostile to life. And yet, in one or two places, it is astonishingly rich”. I can only hope to be as captivated by Antarctica, its heritage and by my 1,000 or so new neighbours, smelly as they may be. I of course won’t truly know what awaits me at the bottom of the world, until I step foot on the snow covered rocks of Goudier Island. I’ll let you know.

Dr Mairi Hilton is a conservation biologist and researcher. Follow Mairi and team throughout the season via the Port Lockroy blog 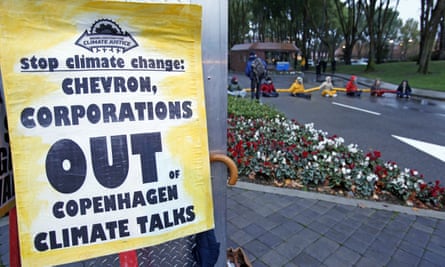