How can I ease the discomfort of restless legs? DR MARTIN SCURR answers your health questions

I suffer nightly attacks of restless legs syndrome, for which I take a small daily dose of pramipexole. But it’s leaving me exhausted and quite poorly in the day. I’m at my wits’ end.

Restless legs syndrome (RLS) is a deeply unpleasant sensation in the lower limbs which is only resolved by movement — hence the name.

The urge to keep moving the legs is worse at rest, but particularly at night when it can be bad enough to disrupt sleep, which can impair daytime well-being, too.

While the cause of RLS is not entirely clear, we know there can be a genetic element and there’s some evidence that it might be related to levels of dopamine, a chemical messenger in the brain that helps control muscle movement: dopamine levels naturally drop at night.

Pramipexole is one of the most commonly prescribed treatments for RLS — it belongs to a group of drugs called dopamine agonists, which work by mimicking the effects of dopamine. 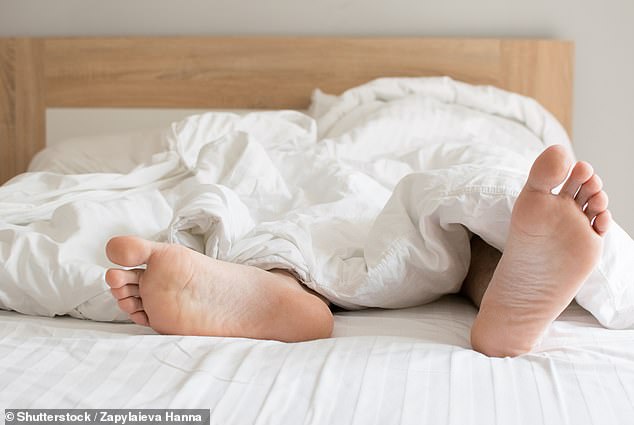 The urge to keep moving the legs is worse at rest, but particularly at night when it can be bad enough to disrupt sleep, which can impair daytime well-being, too

However, while they are effective at treating RLS, they can cause side-effects such as light-headedness, fatigue and nausea.

In your longer letter you ask if an alternative drug, pregabalin, might be a better choice. Both pregabalin and a similar drug called gabapentin have been shown to be effective for RLS. Although dizziness and sleepiness are known side-effects of these medicines, too, you have everything to gain from a trial of either one, starting at low doses, and I would suggest mentioning this to your GP. (However, these drugs may not be suitable for people who are obese, severely depressed or have an unsteady gait.)

It may also be that you need iron replacement if your blood level of ferritin (a measure of iron stored in your body) is below 75ng/ml — low levels of iron can affect the activity of dopamine in the brain.

Iron tablets or injections can restore ferritin levels, relieving the symptoms of RLS, although it is likely that your doctor will have considered this when the diagnosis was made. I hope this helps.

My husband and I have been married for 51 years but his mental recall has recently declined. He puts things in the wrong place and needs simple instructions repeated several times. Our daughters shrug off my concerns about dementia and the GP will only assess him if he requests it himself, but he insists he’s fine.

From your description of the changes in your husband’s mental sharpness, my suspicion is that he has mild cognitive impairment — a change in brain function, with memory impairment the most common symptom.

A GP can make an initial assessment using a standard questionnaire, called the mini-mental state examination. If his score is low, he may need to be referred for a brain scan and more detailed tests by a clinical psychologist.

But he may also need blood tests to check, for example, his thyroid function and vitamin B12 levels as these are possible causes of cognitive decline. Another possibility is ‘masked’ depression — depressive illness without obvious mood change, or side-effects of any regular medication that he is taking. 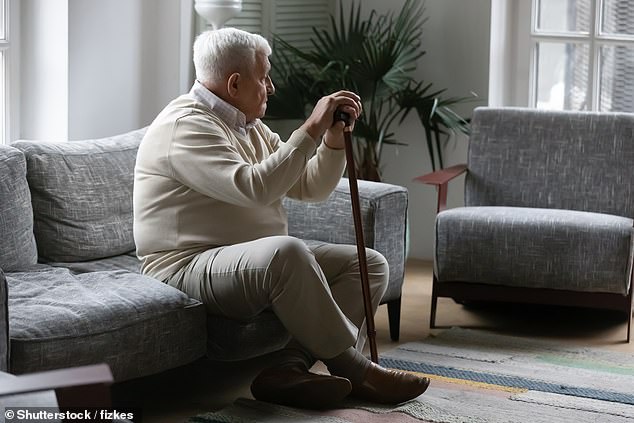 From your description of the changes in your husband’s mental sharpness, my suspicion is that he has mild cognitive impairment — a change in brain function, with memory impairment the most common symptom

I would suggest you convene a family meeting with your daughters to lay out your concerns to your husband.

Have examples of his lapses ready: the aim is to allow him to talk about his own anxieties and at least accept he should seek a medical opinion.

Explain that one in six over-70s has mild cognitive impairment yet half do not go on to dev- elop dementia.

As I explained in a recent column on this, there’s no drug shown to help mild cognitive impairment, but some research suggests that regular physical activity, a nutritious diet and cognitive training have promise.

I am hopeful this approach will persuade your husband of the need to see his GP.

In my view: Woe betide patients who can’t go online

GPs of my generation lived in a golden era and, although not free of problems, I never thought I’d see a time when medical care in the community would be so depleted.

When I started out, a GP was contractually obliged to see every patient aged over 75 once a month. The health visitor for the practice would also keep a regular eye on the frail and elderly.

Both services have been cut away and, worse, the advent of technology (email and video calling) has left those unable to use these even more abandoned.

A whole sector of our population has been thrown to the wolves. Who cares for the widowed, frail elderly who are not online, unable to use a smartphone, or have no family to fight for them?

Every practice should be compelled to cater for their needs — and this includes reinstating regular health visitor checks. Lives depend upon it.

Have we learnt nothing from being caught off guard by covid? In a compelling dispatch from the Oxford lab behind coronavirus jab, scientists say they fear too little is being done to prepare for the next pandemic

Inspiring new study that proves you CAN conquer Type 2 diabetes – even if you’ve had it for 15 years! As one patient found, swapping bread and pasta for a low-carb diet helped her lose more than six kilos

Revealed: How cases of deadly asbestos cancer are rising in women who joined the workforce decades ago

How cases of deadly asbestos cancer are rising in women