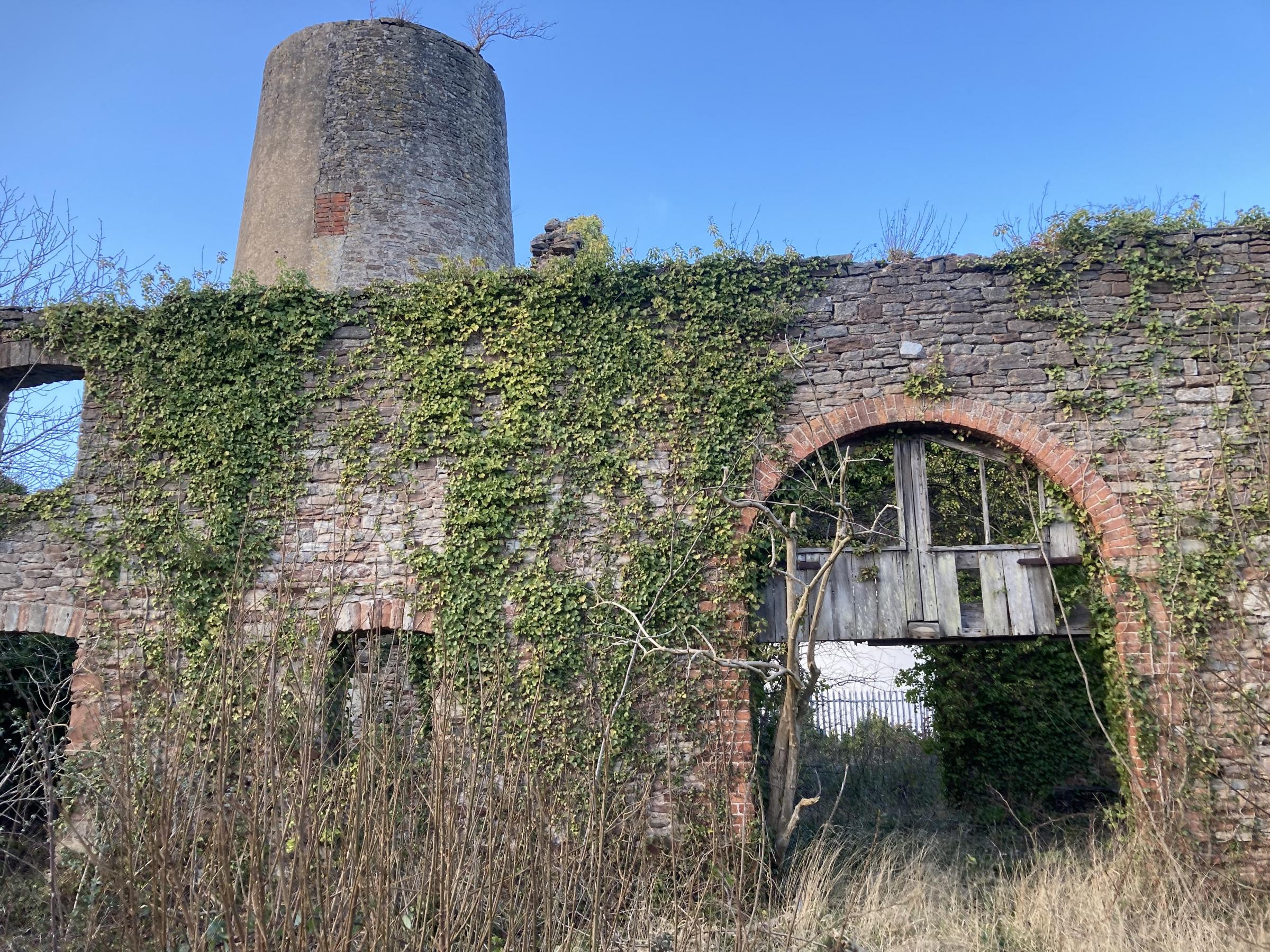 The landscape that unveils itself within and without the Barry and District is one of contrast.

On the confines of Barry the odd survivors of our expansive industrial past survive. One such structure that offers us a mantle of history more than 100 years old is the site that everyone who lives at the Bendrick – and familiar with the old hospital at Sully – will know: the round tower at Hayes Road the Hayes Mill.

In the 1980s I was introduced to the Hayes mill structure by the eminent Barry historian and well respected teacher Gerald Beaudette.

He had some years earlier studied the Hayes mill, and gave me a copy of the illustrated report he had made. I was fascinated then and I still am now, that such a structure that dates to the dying days of the end of the Napoleonic war, can offer a ‘blast from the past’.

Not every piece of the Hayes mill dates to the original construction dates of 1812 and 1813, and not all of it is still with us, as part of the structure stretched across where Hayes road is today, and alas made way for the road building. But we can say that the best sections – the tower and main building – are still with us at Hayes mill.

Hayes mill is a Grade II Listed building, although overgrown this active memory of the pre-Victoria era, does still hold some rare secrets. For in that tower most of the metal and also wooden machinery are still in place; although the sails for the mill have long since been removed for safety reasons.

The building of Hayes mill; Hayes farm, along with another farm complex at Cog – towards the eastern outskirts of Sully (also mainly still standing) were the brain child of an entrepreneur that came down all the way from Brecon, a certain Evan Thomas. It was the developing opinion among politicians and landowners that the days of the small farmer were numbered, so the new farms such as at Hayes would be constructed as ‘Model farms’.

At these farms the former farmers who once had been tenant farmers in the area, would be rehoused with their families along with others at one location. These model farms would then make as much greater profit from the landscape.

Hayes mill, was a revolution locally in grinding, it had large sails, and the cap holding the sails revolved to catch the wind. It does make one wonder what the mill would have made of the recent 100 mile an hour winds? The gearing was constantly updated, as the value in grain increased throughout the 1800s, and to assist the milling at times of low wind, oil engine technology was added in the early 1900s; and with electricity arriving later. However, the Second World War was the death nail of the mill.

The land around the mill in 1939, had been requisitioned by the war office until just after 1945. Times had changed, and with the even more commercial (now removed) ‘Rank-Hovis mill’ on the number 2 dockside; that had been built as early as 1906, Hayes mill came across hard times. With most of the farm land sold off for the vast chemical works to the north, it was shortly after 1947 that the mill saw production cease – the mill would close forever.

Therefore we are still lucky that the builders of the 1800s built structures to last; a lot longer than many would last today – with modern building techniques. The great wind mill tower is still mainly whitewashed, so that protects the machinery inside a little.

We also see a great deal of the yellow and terracotta brick arches still standing; from the Barry and Cadoxton brick works – for later additionals at Hayes Mill. The structure makes the best use of local quarries for it’s stone. Facing the road also is still part of the wooden entrance way to the main granary, barn and office block; that is directly connected to the mill tower.

I can only hope that Hayes mill can last, the test of time. For it is not for me to suggest it’s future, but lets keep something of our Barry and District for our generations to come.

Many thanks for joining us on this journey this week for more of the Barry and District that we all love and cherish very much.

Life may actually flash before your eyes on death – new study