Shocking images have shown a GP practice after it was trashed by a patient.

Chairs, tables, and Christmas decorations can be seen upturned and strewn about a patient waiting room following the shocking attack.

A family doctor who works at the practice in Derby said it was a ‘miracle’ no one was hurt in the incident yesterday.

She slammed a rising tide of violence towards GPs and said time spent planning how to keep the practice secure for staff and patients would now detract from patient care. 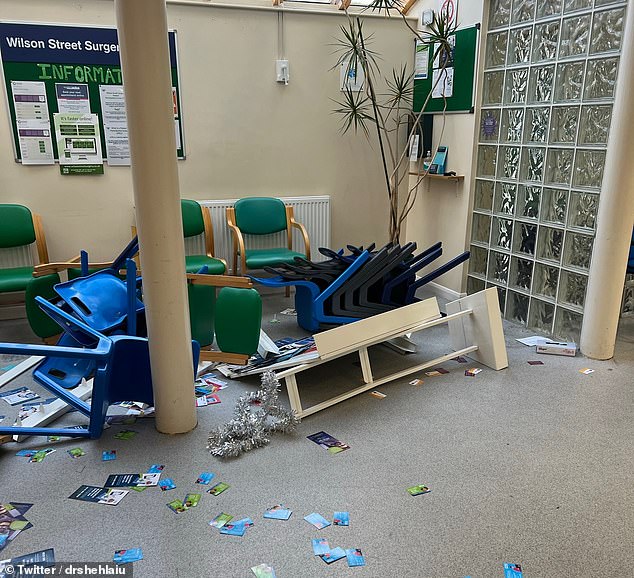 Chairs, Christmas decorations and health information leaflets can be seen strewn across the patient waiting room following the attack 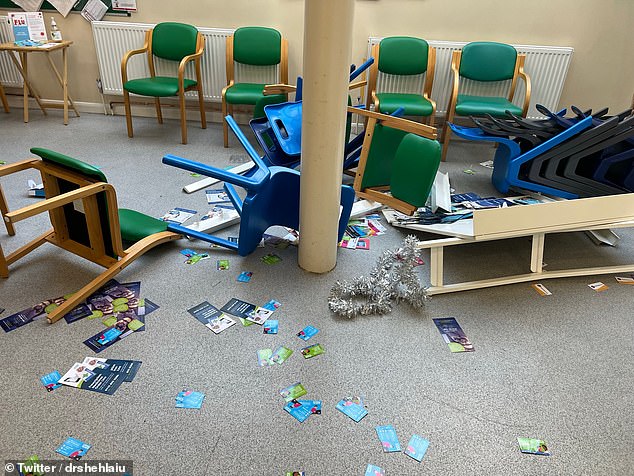 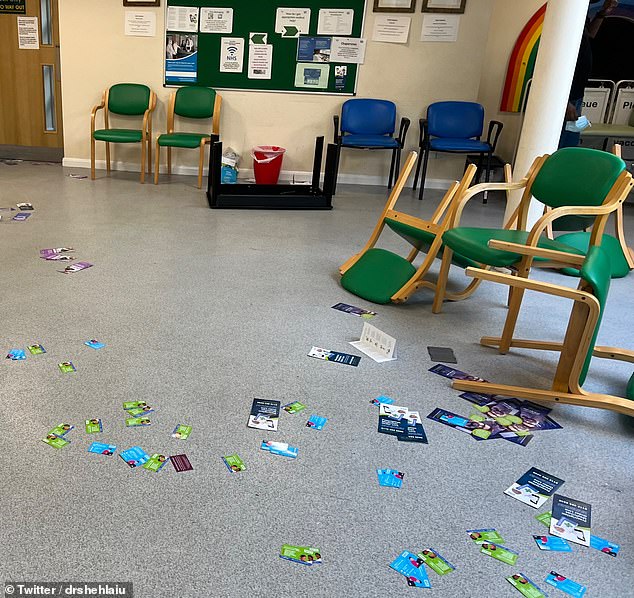 The family doctor has said they will now need to plan how to improve security at the surgery, time that could have been spent on patient care

Posting about the attack on Twitter, Dr Shehla Imtiaz-Umer, who works at Wilson Street Surgery, said GPs are facing a rising risk of violence at work from patients.

‘Negative media narrative, anti-GP rhetoric, unrelenting demand & unrealistic expectations leads to this level of violence. Where will it end?’

She added it was a miracle no one had been hurt during the incident and said that improving security at the surgery would now come at the expense of patient care.

‘Instead of caring for patients, we have to plan security for our patients’ & colleagues’ safety,’ she said.

‘Unacceptable for anyone to have to work under these circumstances with escalating attacks.

‘It was a miracle that no-one was physically harmed.’

It is unknown if the individual behind the attack on the surgery has been arrested or is under investigation by police.

The attack comes just months after research showed there were 1,068 ‘violent incidents’ logged at doctors’ practices across the UK last year. 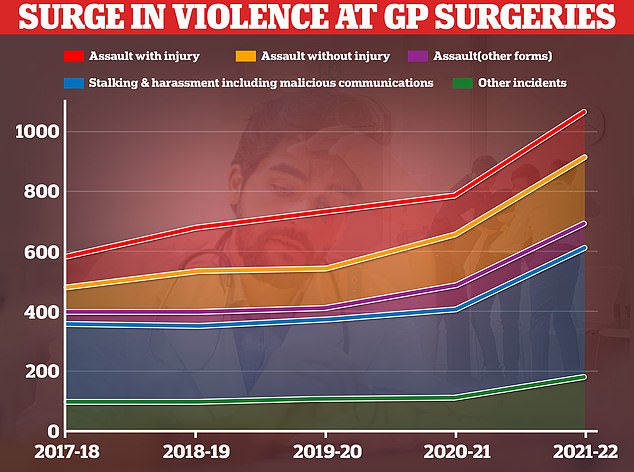 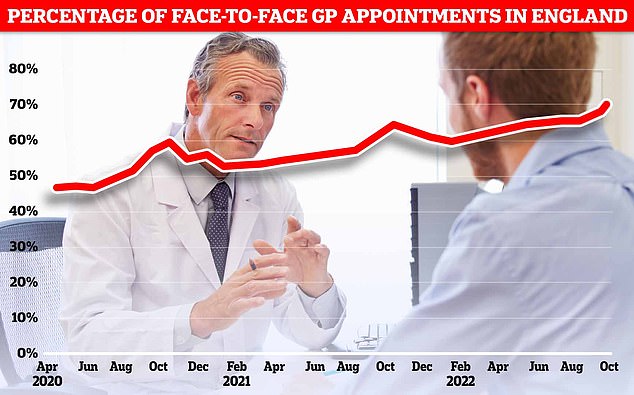 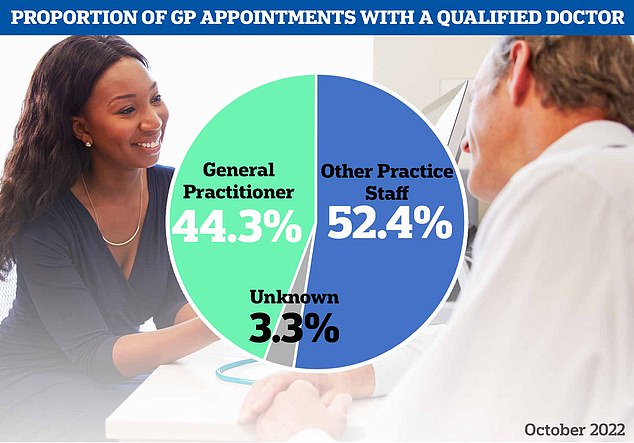 However, NHS Digital data also reveals that just 44 per cent appointments in October were with a GP — the lowest proportion since the pandemic began. The majority of appointments were with other practice staff, such as a nurse, health visitor or physiotherapist

Most callouts were due to threats of violence, verbal assaults and ‘malicious communications’. But 182 cases involved physical assault.

The data on violence was collected from 32 UK police forces under Freedom of Information requests made by the British Medical Journal.

The rise in violence and harassment has occurred amid a background of patient frustration over the lack of access to family doctors.

The proportion of face-to-face appointments among GPs in England has failed to recover to pre-pandemic levels.

However, family doctors say they are dangerously overworked and forced to rush through too many appointments per day, meaning they could miss important signs of health problem among their patients.

The latest GP appointment data for England shows family doctors, who earn an average of £110,000, held 32million appointments in October — the most since the pandemic began.

This means the proportion of patients seen in-person bounced back to its highest level since March 2020, when the UK was plunged into its first national lockdown.

Seven in 10 consultations in England were face-to-face in October.

The rate dropped as low as four in 10 during the early days of the pandemic, as Britons were told to stay at home to limit the spread of the virus.

Despite 80 per cent of patients being seen in-person pre-Covid, top doctors have suggested the figure may never return to this level.

Officials had told GPs to see more patients in-person to boost access, reduce the risk of missed diagnoses and tackle disparities across the country.

Dozens of patients treated in corridors, 40-hour A&E waits and warnings to think twice about calling 999: ‘Twindemic’ leaves the NHS struggling at Christmas – so how is YOUR hospital affected?

What WAS the ‘Davina McCall effect’? And what might ketamine help with? Test your knowledge with MailOnline’s ultimate health quiz for 2022

Woman arrested and Strep A inquiry launched after girl, 8, dies

How Jake Spencer-Churchill, 5, is beating ADHD after the NHS wronging said...