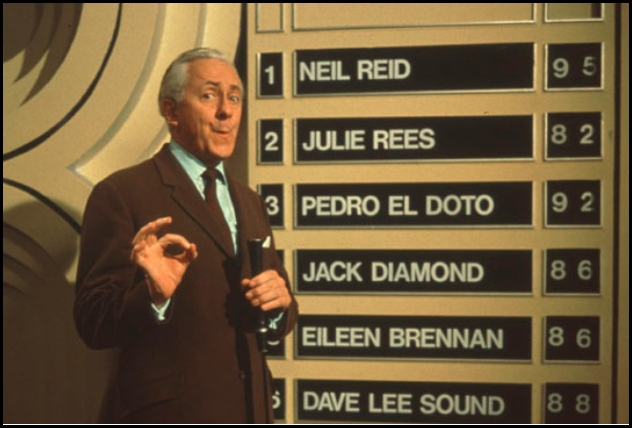 Opportunity Knocks and New Faces were the forerunners to the many X-Factor and Britain’s Got Talent style talent shows that have aired in subsequent decades.

Many of the acts that appear on the plethora of present-day shows are seldom seen on our screens again compared with the generation of performers who established long and successful careers thanks to these early talent shows.

Devised and presented by Hughie Green Opportunity Knocks began life as a radio series in 1949, hit our screens in 1956 was dropped but ran again in 1964 and then became a huge ratings hit.

The BBC show took the form of six acts which were graded on their performance by a device that measured the decibels of the audience applause called a ‘clap-o-meter’.  A studio winner would then be announced but it was ultimately viewers postal votes that crowned the actual winner the following week.

Opportunity Knocks with Hughie Green at the helm ran until 1977. Revamped in 1987 it ran for another 3 series first with Bob Monkhouse as host (this time with telephone voting) and then with Les Dawson.

Su Pollard scored highly on the clapometer in 1974 but was narrowly defeated by a singing Jack Russell terrier and the show made a national star of Pam Ayres, our very own humorous, idiosyncratic poet…‘And I mean that most sincerely, folks!’ 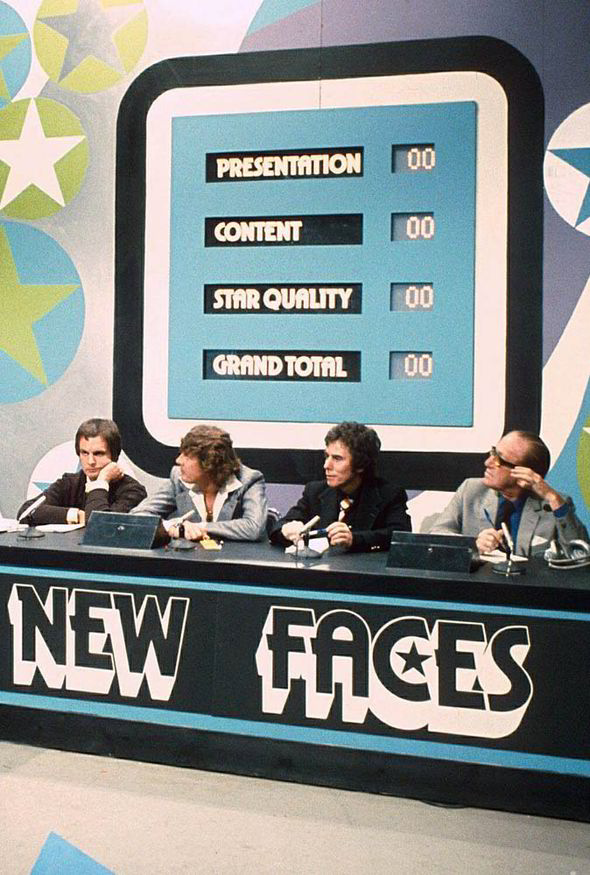 Commercial television’s version of the talent show came in the form of New Faces first airing on ATV in 1973. New Faces took the Opportunity Knocks format and added to it by having a celebrity judging panel who would rate the acts on presentation, content and star quality. The judges were well known in their own right and included the likes of Arthur Askey, Ed Stewart, Lionel Blair, Terry Wogan, Noel Edmonds and the regular ‘nasty’ judge, Tony Hatch, who could give current day Simon Cowell a run for his money.

New Faces discovered acts such as Lenny Henry, Marti Caine, Les Dennis, Jim Davidson, Gary Wilmot and Victoria Wood who all went on to have long careers and made their mark in the entertainment world.

Originally hosted by Derek Hobson New Faces aired from 1973 to 1978, was briefly revived in 1986 and ran for a further 2 years, hosted by Marti Caine.

Do you remember watching these early talent shows? Have you ever entered one yourself?