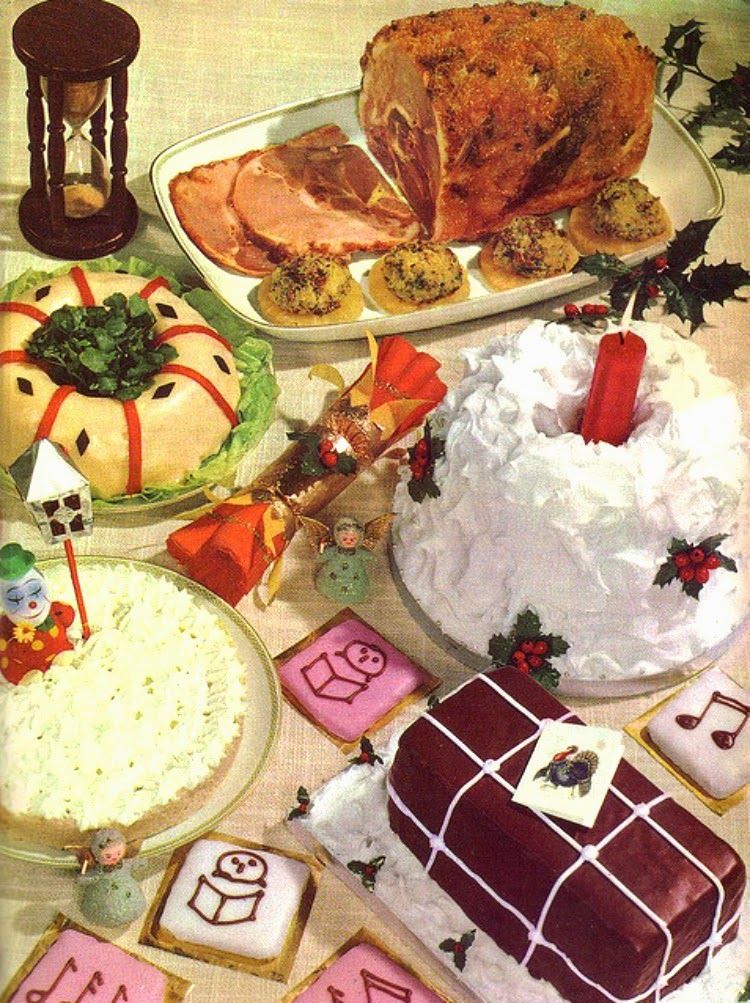 The origins of what we have on our festive table today started after the second world war when families sat together around the table for the first time in years. Rationing was in force until 1954 so for almost a decade Christmas dinner was big on unrationed vegetables and potatoes and beef or goose were the meats of choice.

It wasn’t until the 1960s with chicken and turkey becoming more affordable that they replaced beef and goose as the mainstay Christmas meat.

Most families will have a traditional Christmas pudding to finish dinner on Christmas day or sherry trifle as a slightly lighter alternative, both of which are may be made from recipes handed down through the generations. The pudding is often doused in brandy and set alight at the table.

What did you eat for Christmas dinner as a child? Did your family light the Xmas pudding? Has it changed much since?

A uniquely British tradition, crackers were invented by a confectioner named Thomas Smith in the early 1850s when he started adding a motto to his sugared almond bon-bons which he sold wrapped in a twisted paper package.

One evening in front of the fire in around 1860 it is said that Thomas Smith came up with the idea of adding the banger, two strips of chemically impregnated paper that made a loud noise on being pulled apart, upon hearing the crackle of a log.

The sweet inside was soon replaced with a small gift, by 1900 the paper hat had been added and by the 1930s the motto had been replaced by jokes or limericks and so we have the cracker we know and love today.

It is thought that the idea of wearing a paper crown may have originated from the twelfth night celebrations where a King or Queen was chosen to oversee the festivities.

Some families made their own crackers out of empty toilet rolls and tissue paper.

Did you have crackers on the Christmas table at your house when you were a child? Were they shop bought or did you make your own?

Candles were first used in ancient times during the winter solstice celebrations as a way to remember that spring would be coming again soon.

One of the first records of candles being used at Christmas was during the middle ages where a big candle was used to represent the star of Bethlehem.

Many Christmas tables are adorned with a candle centrepiece.

Do you have candles on the table during your Christmas dinner? Did you have them as a child? Did anyone make the Blue Peter Advent Crown?

Tell us your childhood memories of your Christmas Meal

Lozenges and pastilles for sore throats and coughs – Sweets or medicine? 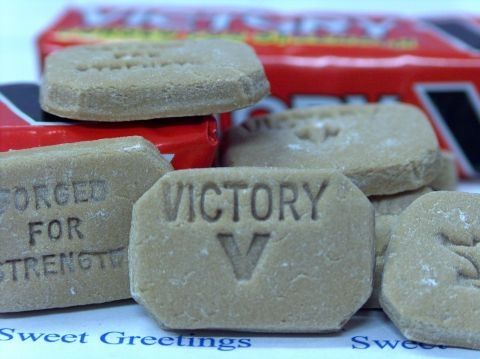