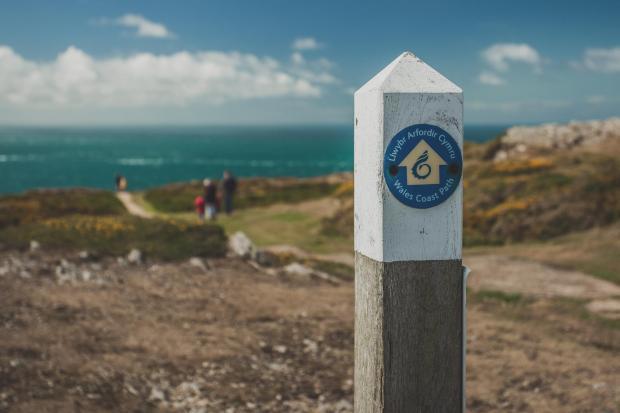 EXPERTS in a fledgling group in the Vale of Glamorgan are using drones, lasers and echo sounders to monitor how Wales’ coast is eroding.

For the first time, detailed standardised data is being collected on how shorelines across Wales are moving.

As rising sea levels increase the risk of coastal flooding, the data will help policymakers decide where to invest millions into protecting seaside homes and businesses.

A small group of scientists at Vale of Glamorgan council are coordinating the efforts to use groundbreaking technology to monitor the Welsh coast from Flintshire to Monmouthshire.

The Wales Coastal Monitoring Centre was set up in 2019, with only two full-time staff and several university placements. Funded by the Welsh Government, the centre is collecting standardised data which is made freely available on its website.

Gwyn Nelson, programme manager, said: “For the first time, we’re taking a national approach to monitoring the coast of Wales. We’re collecting data which will help inform all local authorities and risk management authorities in Wales to make decisions about protecting against flooding and coastal erosion.”

Eight months ago, eyewitnesses walking along the coastline in Gwynedd reported hearing a “massive rumble” before seeing a giant 40-metre-wide part of the cliff fall into the sea. The major landslide at Nefyn, just metres from several holiday homes, prompted authorities to warn people to stay away. One family reportedly lost half of their garden to the landslide.

Eight years ago, hundreds of people in Rhyl were evacuated from their homes just before Christmas, after a storm surge led to massive waves breaching sea defences and flooding homes. RNLI and emergency services ferried people to safety with evacuees cared for at the town’s leisure centre.

In the next few months, work is expected to begin on a huge £25 million scheme to protect hundreds of homes in Cardiff from coastal flooding along the mouth of the Rhymney river.

And in the next few decades, a seaside village near Snowdonia could be abandoned to the sea. Residents living in Fairbourne may have to leave by 2054 due to the coast eroding.

Because of this threat of the sea flooding communities along the Welsh coastline, the Wales Coastal Monitoring Centre was set up two years ago. The threat is increasing due to the climate crisis, as global warming melts the ice caps and causes sea levels to rise. Even if the world manages to cut carbon emissions and limit global warming, sea levels would still rise.

But measuring exactly how sea levels are rising and the coast across Wales is eroding has not been done in a standardised way, before the centre was set up. “When I started in this role,” Mr Nelson recently told councillors in the Vale of Glamorgan, “I was handed a massive cardboard box that was full of hard drives and DVDs with various formats of different data, that had been collected by all the different 15 maritime local authorities in Wales.

“But we’re now collecting methodical, standardised scientific data so that we can get a real good understanding of how that beach is performing and what the natural variations are.”

Looking forward, the monitoring centre is working with a robotics team at Aberystwyth University on a research project. The project is developing cheap robots which collect data with high accuracy, using remote control cars to drive along beaches.

Other novel technologies used by the centre include drones with laser scanners to map shorelines, surveyors using electric trikes instead of traditional quadbikes to reduce emissions, and self-driving boats mapping the seabed with laser scanners and echo sounders.

Staff from the centre have also worked with schools, like the seaside Barry Island Primary, to help teach the next generation about climate change, coastal erosion and floods.

“The predictions now are that the rate of sea level rise will increase potentially drastically as a result of human contributions to carbon dioxide,” Mr Nelson said, “so if we can help as individuals by reducing our carbon footprint, and going into schools and teaching about it, we should help to reduce the rate at which sea levels will rise.

“The sea level is going to continue to rise, and it’s not going to stop, so we have to make a decision as to is it economically viable to continue to protect properties, or do we look to other means like adaptation techniques.”

Adapting homes and businesses for the increased risk of flooding is a similar but separate issue. Last September, the Welsh Government announced new rules that mean property developers must consider the risk of climate change-induced flooding or coastal erosion in any new building plans. The policy, known as Technical Advice Notice 15, was published alongside new maps of coastal areas in Wales showing areas at future risk of flooding.

While not taking into account future flood defence schemes, these maps showed large parts of Cardiff at risk of flooding and rising sea levels, including Grangetown, Canton and Splott, as well as large parts of Newport, Aberystwyth, Swansea Bay and Tenby.

When first announcing the policy, climate change minister Julie James said: “Flood risk and coastal erosion in Wales is increasing as a result of climate change. Serious flooding events are becoming more frequent and some areas currently at little risk will become vulnerable to flooding as our climate continues to change.”

Residents in Fairbourne, the village near Snowdonia which will soon be lost to the sea, have been described as Britain’s first “climate refugees”. And as global temperature and sea levels rise further, the problem of coastal erosion and flooding will likely affect increasingly more people in Wales. But the work of the small team at the Wales Coastal Monitoring Centre will make it much clearer to understand exactly how the Welsh coast is changing.

Covid: One of the sickest patients home for Christmas