DR MICHAEL MOSLEY: How your birth order can affect your health – and wealth!

As a younger brother, I can, to a degree, identify with Prince Harry and his battles with his ‘nemesis’, William. From a very early age I was aware of having a formidable older sibling, a rival for my parents’ attention.

But, unlike William, my older brother John hasn’t shouted or pushed me around since we were children. And to be fair to John, I also screamed and shouted a lot, and on one occasion, when I was ten, I threw rocks at him.

Harry is clearly very angry with his brother and hugely resents being ‘the Spare’.

Of course, the royals have their own special problems to deal with, but to what extent does your position in the birth order of your family really matter?

And what are the long-term effects on the sibling relationship? 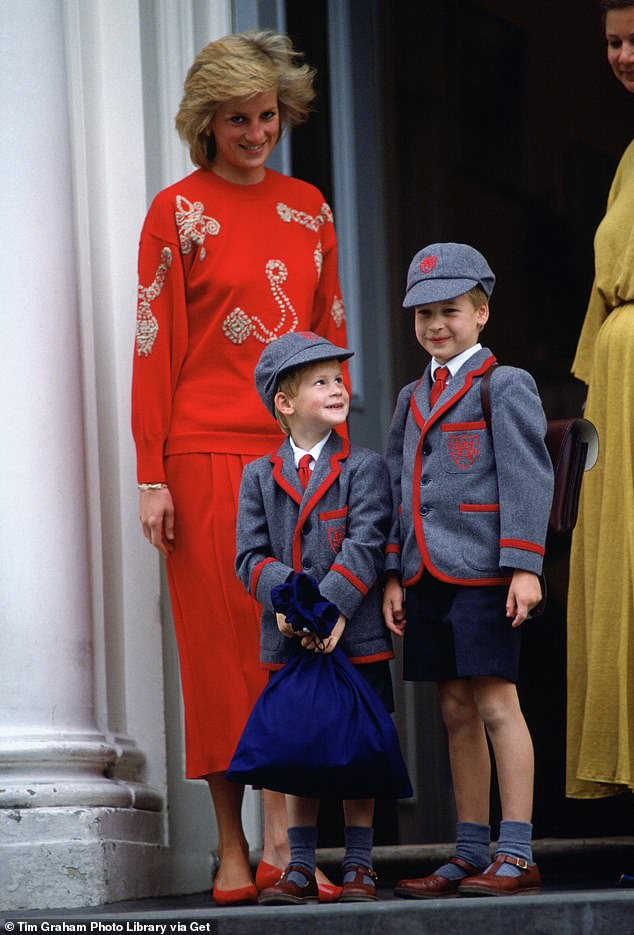 As a younger brother, I can, to a degree, identify with Prince Harry and his battles with his ‘nemesis’, William

To find out more, this week I spoke to Toby Ingham, a wise and very experienced psychotherapist, who pointed out that sibling rivalry has a lot to do with how parents themselves behave.

‘Parents are different by the time they have a second or third child,’ he told me. ‘They have learnt more about how to look after and manage their children.’

In other words, parents tend to become more relaxed, but less attentive, the more children they have. Our eldest son, Alex, certainly got more of our attention in the first year of his life than any of our other children, as evidenced by the fact that the family album contains a lot more photos of him as a newborn.

But, as Toby also pointed out, being the oldest child has its challenges: ‘An older sibling may feel that they have been pushed aside too quickly when a new baby arrives. Ideally, parents should recognise this and help their children get to know each other and minimise jealousy. The whole family must adapt.’

Again, I remember very clearly when Alex was two, he shouted ‘leave baby behind’ when we were bundling up his younger brother, Jack, to go on a family trip. I’m happy to report that now, in their 30s, they get on very well.

I would be surprised if what I’m describing doesn’t resonate with many of you.

But what does science say about the long-term effects that your place in the family pecking order has on your personality — and your health? 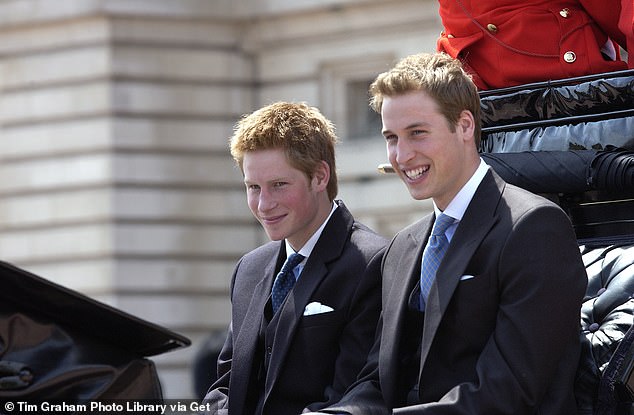 Parents tend to become more relaxed, but less attentive, the more children they have

You have probably read somewhere that firstborns are more conservative and conscientious, which is why these people — who include Elon Musk, Richard Branson and Jeff Bezos — are more likely to become CEOs and create successful start-ups.

Middle children, like me, are said to be more open-minded and diplomatic. And as for lastborns, they’re meant to be more charismatic, creative and mischievous, which may explain why many, such as actors Mark Wahlberg (the youngest of nine) and Jennifer Lawrence (youngest of three) work in the entertainment industry.

The trouble with claims like these is they are based largely on anecdote. And sadly — ‘sadly’, because I do love the idea that birth order shapes our personalities — recent research suggests that the impact, as far as personality is concerned, is negligible.

A 2015 study of 377,000 high school students by researchers from the University of Illinois in the U.S. found that while firstborns do tend to be ‘more extroverted, agreeable and conscientious’, these differences are so small ‘they have no practical relevance to people’s lives’.

Another study, from the University of Leipzig (also published in 2015) looked at the personality traits of over 20,000 adults in Germany, the U.S. and Great Britain, and found that birth order had no measurable impact on their personality.

But the researchers did find that firstborns tend to have slightly higher IQs, perhaps because of all the extra attention they get when they are young. 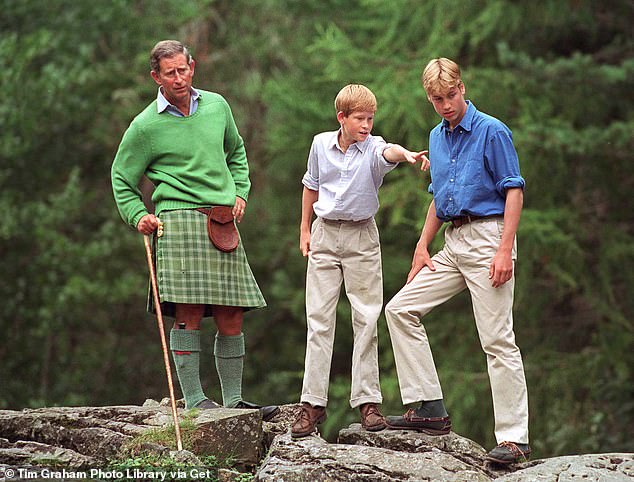 Another study, from the University of Leipzig (also published in 2015) looked at the personality traits of over 20,000 adults in Germany, the U.S. and Great Britain, and found that birth order had no measurable impact on their personality

And that could explain why research by economist Sandra Black, from the University of Texas, Austin, found that, on average, the oldest child earns 2 per cent more over their lifetime than their siblings.

But it is when we look at the impact of birth order on our physical and mental health that things start to get really interesting. In yet another study, published in 2015, of more than 26,000 Swedish girls, researchers found that firstborn girls were 29 per cent more likely to become overweight as adults and 40 per cent more likely to be obese than their more fortunate second-born sisters. While no one really knows why, studies show it seems to be true of men, too.

But when it comes to mental health the tables are turned, with younger children being far more likely to be anxious, depressed and commit suicide.

When researchers from Bristol University looked at data from the Avon Longitudinal Study of Parents and Children (an ongoing study of more than 14,500 women and their children, which started in the 1990s), they concluded that this is largely because the mothers suffered from more depressive episodes when carrying their second child, and the father was also more likely to be absent. Which is particularly interesting in light of the Harry-William psychodrama that is playing out.

But whether you’re on Team Harry or Team William, I think we can all agree that the situation is desperately sad, and we can only hope they find a way to patch things up. In private.

A new, more contagious Covid variant is sweeping the U.S. and is likely to take off here. Officially, it’s called XBB.1.5, but it’s become known as the Kraken, after a legendary Norwegian sea monster.

Despite the name, it’s no more dangerous than previous variants, but it is more infectious. The best protection is to have the new bivalent Covid booster — a study in The Lancet showed that if you’re over 65 and get Covid, the vaccine cuts your risk of being hospitalised by 81 per cent and the risk of dying by 86 per cent. I had my jab before Christmas, so I’m not quaking at the thought of the Kraken.

Over the past decade men and women have been having children later in life, with worries about money and career prospects among the main reasons for the delay. But it may surprise you to learn that the average age of conception has stayed consistent over the past few thousand years, reports the journal Science Advances. Down the centuries, the average age a man has children has been 31, a woman, 23.

The scientists’ calculations were based on comparing the DNA of modern humans with DNA from the remains of our more distant ancestors. But all else being equal, is there an ideal age to start procreating?

Most women are only too aware that at 30 their fertility starts to decline.

Yet men have nothing to be complacent about: one study found that, even with a much younger partner, men over 40 are 30 per cent less likely to conceive than men under 30. And their children are more likely to develop autism and bipolar disorder. Something I may drop into conversation the next time I see my sons.

As you may have noticed, the Mail and Mail Plus have been serialising The Fast 800 Keto Recipe Book by my wife, Dr Clare Bailey. This healthy, low-calorie, low-carb diet rapidly puts the body into ketosis, which turns you into a fat-burning machine — ketones also help suppress the production of hunger hormones.

After a merry festive period, I’ve been on the diet for two weeks and have lost 3kg (nearly half a stone) and got my blood pressure and blood sugar levels back to healthy figures. I’m also feeling remarkably cheerful and energetic.

A low-carb, keto diet is sometimes dismissed as a fad, but it was developed more than 100 years ago to treat children with epilepsy. And while it was largely displaced by anti-epileptic drugs, around a third of people don’t respond to these. Now a study published in Neurology has shown that these patients improved significantly after also being put on a keto diet. It’s thought keto alters the way energy is used in your brain, helping to stabilise brain cells.

A review has found a keto diet can also help Parkinson’s disease, with scientists from the National Institute of Neurological Disorders and Stroke in the U.S. concluding it ‘improved cognitive function’ and reduced symptoms such as rigidity and pain. More studies are needed, but such research offers hope to many.

Lisa Marie to be buried next to son at Graceland