Posted on 5 February 2021 by Guest Author

As with the new Biden administration, Congress too faces a deadline for acting on Trump-era ‘eleventh-hour’ regulations. 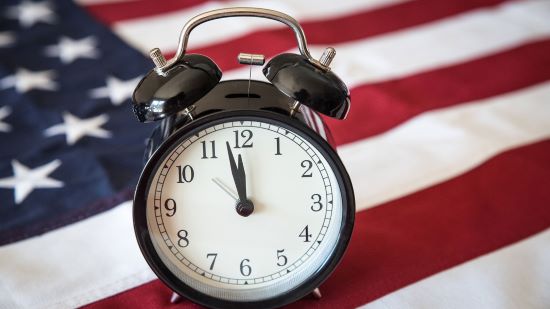 Much ink has been spilled in recent weeks, figuratively speaking, on what the Biden/Harris administration’s first 100 days in office reveal about its making climate change a top priority. Those words have flowed both at this site and many other venues.

“Biden can overturn some of them with a stroke of a pen,” they write. “Others will take years to undo, and some may never be reversed.”

Listing 64 air quality and greenhouse gas initiatives, they count one (stepping back into the Paris Climate Agreement) as having been overturned and another 21 as being “easy” to reverse. They score another 27 Trump actions as “medium” – requiring rewriting a regulation or pursuing a successful court action; and 15 as “difficult” – requiring lengthy rule-making process, legislation, or involved court action.

Clock is running for action on eleventh-hour rules

Along with the quickly-ticking clock in the White House on the administration’s first 100 days, let’s not lose sight of another clock that is also running on Capitol Hill. It is not necessarily identical, second-by-second, but just as relentless.

As is the case with so many others who have spent years working to bring climate change to the fore as a critical national and international issue, we are pleased with the day-one Biden Executive Order to re-enter the Paris Climate Agreement. Fortunately, given the din of opposition from the usual voices on Capitol Hill, that action does not require congressional approval. The U.S. will be officially back in on February 19th – and the global community can continue to welcome our return.

It’s no surprise that the fawning Senate majority of the 116th Congress did not exercise its right under the Congressional Review Act (CRA) to un-do damaging Trump rules. But even with its razor-thin 50/50 split in the new Senate, the new 117th Congress is positioned to do so, without fear of having to overcome the 60-vote filibuster threshold. There is now, at least and at last, an opportunity during its first 60 legislative workdays for the Congress to conduct serious oversight of some of the especially offensive and glaring rules finalized in the waning days of the Trump administration and, if it chooses, send nullifying legislation to the new President for signing.

A few especially egregious examples were published in the Federal Register literally at the 11th hour:

Appropriate Senate and House committees of jurisdiction now owe it to their air-breathing constituents to seek expert analyses as they review these and other Trump-era health and safety rules before the clock runs out on them for such oversight; and, where appropriate, to take action.

In some cases, nullification under the Congressional Review Act may be most appropriate and most expeditious. In some other cases, Biden administration executive action may be more appropriate. In still others, judicial action may be best.

The Trump administration itself, like the 115th Congress taking office in January 2017, proved to be prodigious and, it must be acknowledged, an effective practitioner of the using the Congressional Review Act. Its actions nullified Obama/Biden administration policies on climate change and other environmental and public health issues. That law, still untested in the courts, has been used only 17 times since it was enacted as part of the 1996 Newt Gingrich-inspired “Contract with America”; 16 of those came soon after the Trump administration took office.

There’s a saying familiar to us all: “What’s good for the goose is good for the gander.” It is especially apropos when the resulting actions enjoy bipartisan support from the public at large. This is a time when legislators should listen, and closely, to what their constituents are saying and expecting them to do.

Gary Yohe is the Huffington Foundation Professor of Economics and Environmental Studies, Emeritus, at Wesleyan University in Connecticut. He served as convening lead author for multiple chapters and the Synthesis Report for the IPCC from 1990 through 2014 and was vice-chair of the Third U.S. National Climate Assessment.

Henry Jacoby is the William F. Pounds Professor of Management, Emeritus, in the MIT Sloan School of Management and former co-director of the MIT Joint Program on the Science and Policy of Global Change, which is focused on the integration of the natural and social sciences and policy analysis on threats to the global climate.

Richard Richels directed climate change research at the Electric Power Research Institute (EPRI). He served as lead author for multiple chapters of the IPCC in the areas of mitigation, impacts, and adaptation from 1992 through 2014. He also served on the National Assessment Synthesis Team for the first U.S. National Climate Assessment.

Ben Santer served as convening lead author of the climate change detection and attribution chapter of the IPCC’s Second Assessment Report and has contributed to all five IPCC assessments.