THE number of extra deaths registered each week in England and Wales has risen to its highest level for nearly six months.

Extra deaths, known as “excess deaths”, are the number of deaths above the average for the corresponding period in the non-pandemic years of 2015-19.

A total of 10,372 deaths in England and Wales were registered in the week ending August 13, according to the Office for National Statistics (ONS).

Excess deaths have not been this high since the week ending February 19, when 2,182 extra deaths were registered, 18.8 per cent above the five-year average.

Some of the increase in excess deaths can be explained by the recent rise in deaths involving Covid-19, all of which are classed as excess deaths.

A total of 571 deaths registered in England and Wales in the week ending August 13 mentioned coronavirus on the death certificate.

This was up 8 per cent on the previous week and is the highest total since 719 deaths in the week to March 26.

But Covid-19 deaths do not account for the majority of excess deaths, suggesting there are still many more people than normal dying of other causes – a trend that has been evident since the early weeks of the pandemic.

Kevin McConway, professor of applied statistics at the Open University, said the latest figures showed “nearly 700 excess deaths unaccounted for” in the week to August 13, aside from deaths involving coronavirus.

“It’s not possible to say what is actually causing these excess deaths, because we don’t yet have data on the causes of death involved,” he said.

“In previous weeks, there was clearly a marked and prompt effect of the very hot weather in mid-July, but the weather hasn’t been particularly hot since then.

“We’ll find out eventually when the ONS can publish some more detailed data,” he added.

The trend is particularly evident for deaths in private homes, which have been well above the 2015-19 average almost every week since April 2020.

The number of excess deaths in private homes in England and Wales since the start of the pandemic now stands at 66,941, according to analysis by the PA news agency.

The recent rise in Covid-19 deaths reflects the impact of the third wave of coronavirus, which began in the UK in May and has led to a jump in the number of new cases as well as a smaller rise in hospital patients.

While the 571 deaths in the latest week is the highest since late March, it is still well below the level seen at the peak of the second wave.

Some 8,433 deaths involving Covid-19 were registered in England and Wales in the week to January 29.

The relatively low number of deaths in the third wave so far, when compared with the second wave of the virus, reflects the success of the rollout of coronavirus vaccines across the country.

Vaccinations in England are now estimated to have prevented between 91,700 and 98,700 deaths, according to Public Health England.

Overall, 156,958 deaths have occurred in the UK where Covid-19 was mentioned on the death certificate, the ONS said. 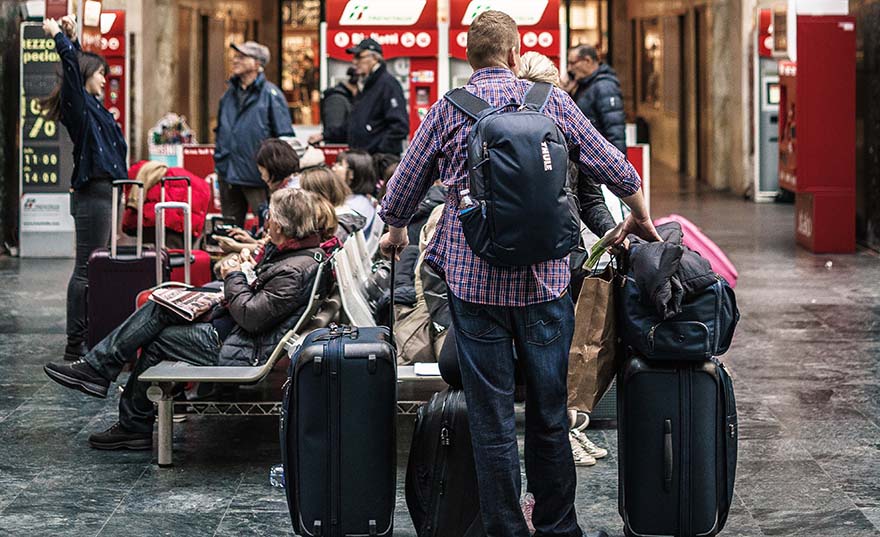 Get Social While Traveling Solo

Living longer: impact of working from home on older workers