Scott Morrison faces escalating pressure to set a more ambitious national climate target for 2030 after the New South Wales Coalition state government promised to cut the state’s emissions in half this decade.

The commitment by Australia’s largest state is backed by Liberals and Nationals in cabinet while their federal counterparts remain publicly split on climate policy.

In a pointed contrast with the language used by some federal MPs, the NSW premier, Gladys Berejiklian, said increasing the target showed the state was “serious about setting itself up for the future and helping the world decarbonise”. John Barilaro, the Nationals leader and deputy premier, said it would be good for regional communities, which would reap the rewards of new clean industries.

They said updated projections to be released on Wednesday suggested the state could attract $37bn in private investment while meeting the goal. “This is about putting the policies in place to give industry and investors certainty, not only to protect our planet but to future-proof our prosperity and way of life,” Berejiklian said.

The state commitment will add to the domestic and international pressure on Morrison to set a target of reaching net zero emissions by 2050 and significantly increase Australia’s short-term goal before the Cop26 climate summit in Glasgow in November. The existing 2030 target – a 26-28% cut – was set six years ago, and has been widely criticised as not consistent with the goals of the Paris agreement.

In an interview with Guardian Australia, the former Labor prime minister Kevin Rudd predicted the Morrison government would be forced to change direction and nearly double Australia’s emissions target for 2030 to avoid international isolation.

Rudd said he believed Morrison had begun a “massive crabwalk” on climate, pointing to the prime minister’s shift to saying Australia would reach net zero “preferably” by 2050 and reportedly discussing with News Corp some of its newspapers backing that target before Cop26.

He said he believed the next step would be the government increasing its 2030 emissions reduction target to “about 50%”. “He knows that if he doesn’t do that, he’s going to be left completely internationally isolated by everybody,” Rudd said, citing what he called “the real risk” of the European Union imposing a carbon tariff on Australian exports.

“Anything less than a target to halve emissions by 2030 risks the Great Barrier Reef disappearing and won’t be seen as credible by the international community. That’s what the independent Climate Change Authority said is our fair share of the global effort to tackle the climate crisis. And that’s what the Americans are doing.”

Rudd said a net zero commitment that deferred “the heavy lifting” until after 2030 “won’t be worth the paper it is written on”.

In recognition of growing concern about climate policy on the Liberal backbench, Morrison met on Tuesday with moderate MPs concerned the government may not set a 2050 net zero target to appease opponents in the National party. He told the group he hoped to release a roadmap explaining how the country could meet net zero emissions and to formally adopt a 2050 target, but he had not yet reached agreement with the Nationals.

Barilaro said the Nationals supported the new 2030 state target because regional NSW was “home to the skills, infrastructure and resources needed” as demand for low emissions technologies, such as batteries and hydrogen, grew. “We will continue to take action in a way that delivers more jobs and more investment for people in the city and in the bush,” he said.

NSW’s push to meet the target will be underpinned by clean energy legislation passed with multi-party support last year.

Matt Kean, the NSW energy and environment minister and a regular critic of the Morrison government on climate, said peer-reviewed modelling found the state’s emissions were projected to fall between 47% and 52% below 2005 levels by 2030.

Kean said as global demand for low carbon products and investments grew the state’s fortunes would be increasingly “tied to the fortunes of our planet”.

“International capital is looking for safe havens and trying to avoid carbon risk,” he said. “If [market participants] don’t feel that a state or jurisdiction has the right targets and policies in place, people will not invest.

“When you are competing for scarce capital against Europe, against Japan, against countries that have strong targets and plans, [not acting] will come at a cost to mums and dads on their mortgages, and small business owners. The cost will flow through the whole economy.”

‘The world will decarbonise’

The political shift came as the think tank Beyond Zero Emissions released a report that found Australia could develop green exports worth nearly triple the value of existing fossil fuel industries, but needed to act soon to avoid missing the opportunity.

It suggested surging global demand for zero-carbon products including green steel, renewably generated hydrogen and ammonia, green aluminium and critical minerals could be worth $333bn a year to the Australian economy by 2050.

Heidi Lee, Beyond Zero Emissions’ chief executive, said other nations would capture “early market share” and Australia would be left behind if it did not invest in clean exports soon.

The report said 39% of Australia’s current commodity exports were fossil fuels – mainly thermal and metallurgical coal, crude oil and liquified natural gas. The bulk of these were sold to Japan, South Korea and China, which each had net zero targets for 2050 or 2060. That suggested the value of Australia’s exports would fall by $128bn a year unless it invested in alternatives.

“In the three decades leading to 2050, the world will decarbonise,” Lee said. “Australia can choose to become a green export powerhouse and re-industrialise the nation or miss our chance by not acting today.”

The group made several recommendations for the country to capitalise on future export opportunities, including setting a $100bn national green export target for 2035, making green export investment a priority for Australian government departments and agencies, creating a $20bn “supergrid deployment authority” with a remit to back large-scale clean investments and launch a five-year national rollout of renewable energy industrial precincts in 14 regional areas. 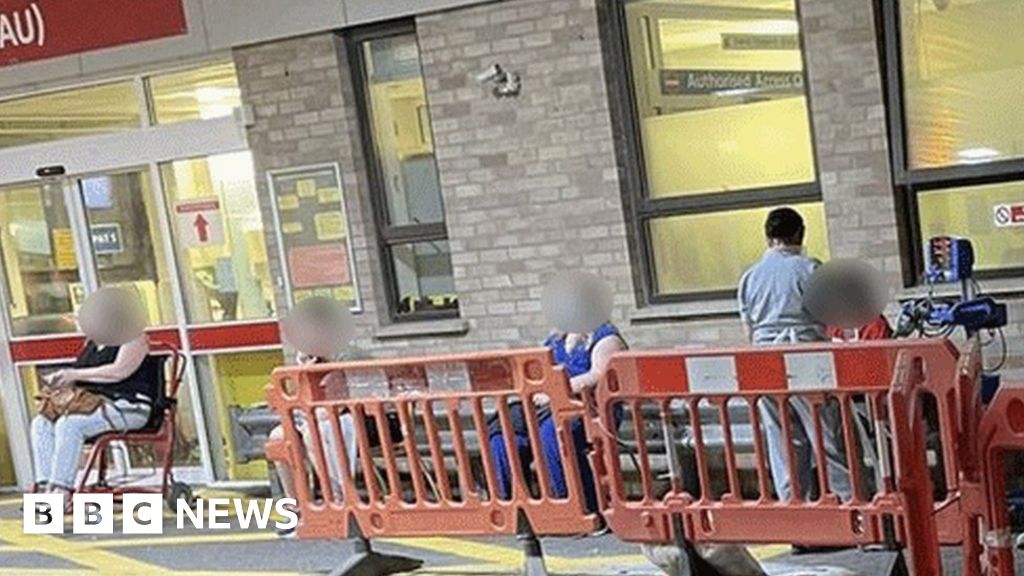 Addenbrooke's Hospital: A&E patients made to wait in car park