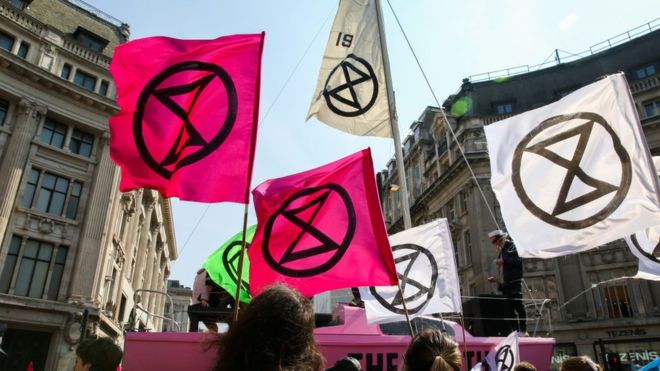 It is “hard to identify” how Welsh Government spending plans reflect its declaration of a “climate emergency”, a committee of assembly members has said.

Making the declaration, in 2019, the environment minister said she hoped to trigger a “wave of action”.

But the finance committee calls the approach to climate change in the 2020-21 draft budget “disappointing”.

Ministers said the £20bn budget has “major investment” where the evidence says “we can have the greatest impact”.

But the finance committee’s report, published on Wednesday, says: “It is hard to identify how this draft budget reflects this declaration and it is disappointing that a more radical approach to mitigate climate change has not been taken.

The committee praises spending aimed at cutting emissions of greenhouse gasses, but expresses doubts whether ministers fully grasp the environmental implications of the budget as a whole.

The report says: “There is a welcome allocation of £140m capital investment to support the decarbonisation agenda but we are not convinced that the Welsh Government has a clear understanding of the carbon impact of its spending decisions.”

Committee chair Llyr Gruffydd said: “In declaring a ‘climate emergency’, the Welsh Government is taking steps towards addressing the issue of climate change and its impact on the world.

“However, this committee feels the Welsh Government could and should have gone further to recognise the effects its own decisions and priorities are having on our climate.”

The Welsh Government said: “The draft budget will deliver major investment in the areas where the current evidence tells us we can have the greatest impact.

“This includes the largest ever capital package devoted to combating climate change.

“It will provide an extra £96m for decarbonisation measures, within the wider £140m green investment package.

“This new investment builds on the major commitments we are already making as a government that is serious about the climate emergency.”