A COMMUNITY centre has ‘finally’ opened in Barry – with residents already booking the space.

The redevelopment at Cemetery Approach – which is a joint effort between Barry Town Council (BTC) and Vale of Glamorgan Council, has been ongoing since 2015.

In 2017 the completion of the Cemetery Approach Community Gardens – including fencing, seating, planting and paving – was celebrated and Willis Construction Ltd started building the community centre.

The project was near completion in September 2019, but an arson attack destroyed the building, meaning it had to be ‘started from scratch’.

The community centre has free Wifi, a sound system, projector and screen, a full-equipped kitchen, storage areas packed with play equipment and tables and chairs, plus sanitizer stations throughout the building.

The toilets include disabled and baby changing facilities, with the centre’s patio doors overlooking the patio and scenic garden.

Barry’s Mayor Margaret Wilkinson cut the ribbon – this is her last event as Mayor before someone else takes on the role.

Watch our Facebook video of the ribbon cutting here.

Cllr Wilkinson said: “I think this is a great addition to Barry and we already have bookings and plans with schools.”

Once the ribbon was cut Barry’s town clerk, Emily Forbes, gave a speech which included: “It’s been a long journey to get where we are today.

“In 2019 the building was nearly ready when there was an arson attack, which was devastating for us.

“We has to start again from scratch, then Covid happened… we’re finally here – it’s really good to finally open.” 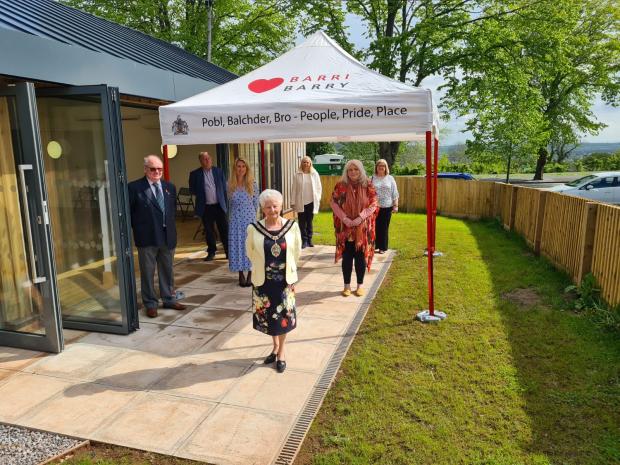 The space can be used by groups and communities, plus it can be hired for events including wakes and parties. Those wishing to enquire about bookings should contact Barry Town Council.

The Council were pleased to be able to open the centre – Councillor Bronwen Brooks said: “It’s so fantastic to see the community centre finally open after all the trials and tribulations.

“It’s lovely, bright, and airy and blends in well with the environment – I’m so pleased, it looks really well established.”

Councillor Nic Hodges aded: “It’s very rare this happens – community centres tend to be built on new estates. This one has been established in a residential area, while keeping important access to the cemetery.

“This isn’t about profit – it’s about providing an affordable service which is and will be. The gardens also provide a nice spot to wander – especially in the last year.” 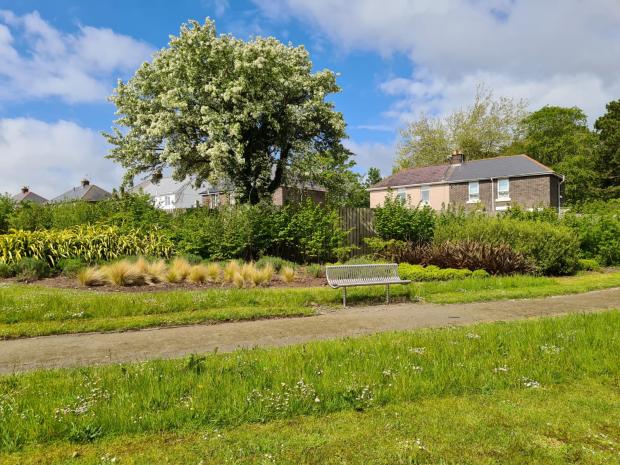 The full list of attendees at the official opening of Cemetery Approach Community Centre was as follows:

Covid: How should I protect myself now?