Today the Joseph Rowntree Foundation has published its latest report on poverty, which shows as many as a quarter of unpaid carers in the UK are living in poverty.

Written Statement: Response to Report of the Task and Finish Group on Leasehold Reform

Vale Eyecare – new service in the Vale for Eye problems. 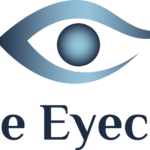