AN ICONIC mural celebrating Cardiff’s ethnic diversity has been painted over to make way for a McDonald’s advert.

Located at Mischief’s Café Bar, James Street, the mural had recreated a photo taken by local artist Shawqi Hasson, as part of his “My City, My Shirt” photography project with fellow Cardiff creative Yusuf Ismail.

Live update. Feel a bit sorry for these guys. Only doing a job. But sad to watch. pic.twitter.com/ISsRe8ss80

Local resident Cathy Owens took a video of the mural being painted over and shared it on Twitter. She described it as “the worst thing you can imagine is happening right now to the best mural in Cardiff”.

How the mural on the side of Mischief’s now looks. Photo: Rebecca Wilks

“It’s astonishing that something so beautiful can disappear so quickly,” Cathy told The National.

“I’m sure McDonald’s haven’t realised the sensitivity of painting over the most beautiful mural in Cardiff. I hope they can respond positively because there are so many ways in which we can help the young people of this community express themselves in a positive way.”

HUGE NEWS. @mcdonaldsuk, taking over the building where the incredible mural by @unifycreative_ sits, have completely painted over it!

This is exactly how the capitalist system works, it dehumanises Black lives, Black art and Black culture. pic.twitter.com/XzOtLTg3N9

The woman in the series that the mural featured is Maimuna Yoncana, who moved to Cardiff five years ago from Guinea-Bissau in West Africa. 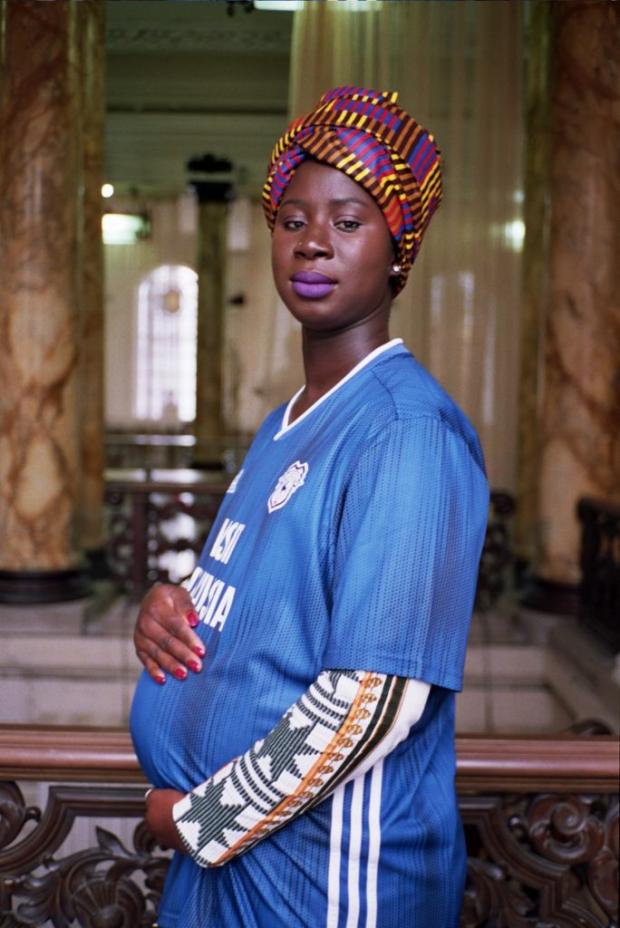 This photo of Maimuna Yoncana was the basis for the mural. Photo: Shawqi Hasson

“I was grabbing some coffee, and I saw her. We’re both Black, but there are all these subtle nuances to Black skin. She was just glowing,” Yusuf Ismail told our reporter Rebecca Wilks at the time.

“I walked over to explain the project – I’m sure she didn’t really grasp what I meant. I was rambling.”

Fortunately, she agreed to be photographed. Maimuna was heavily pregnant, and posed in the Cardiff shirt with a hand resting on her bump. She gave birth less than a month later, to a baby girl. 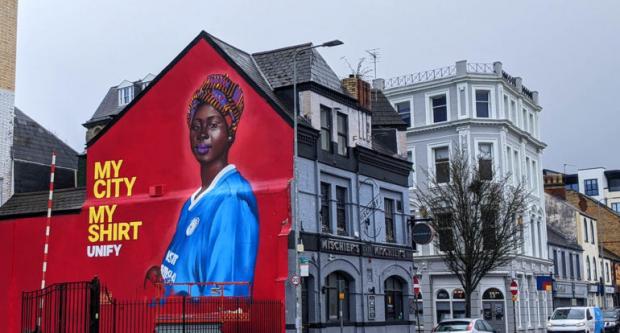 How the mural on the side of Mischief’s used to look. Photo: Rebecca Wilks

It is understood that the space will now be occupied by a mural of two buns. 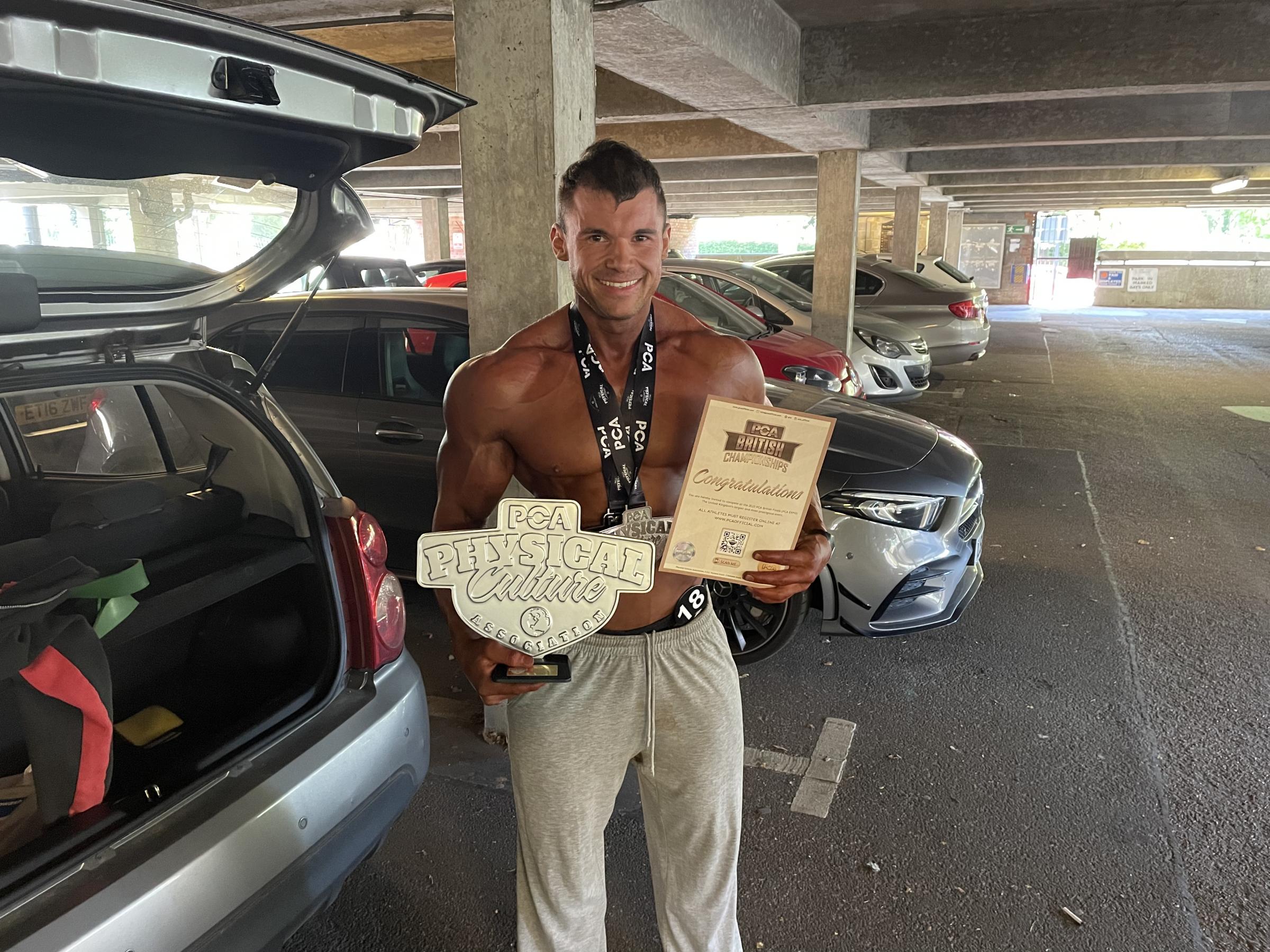