INVESTIGATIONS are taking place after a burned-out car was found in Barry.

Officers from Vale Council Enforcement attended to the burned-out vehicle in Mount Pleasant in the Cadoxton area of Barry earlier this week.

They arranged for it to be removed on May 4 and have asked anyone with information about the vehicle to contact them.

A spokesman for the team said: “Evidence was found that the waste was being burned on the highway.

“A suspect has been identified and will be PACE interviewed in due course.”

A PACE interview is one which is conducted in line with the Police and Criminal Evidence Act 1984.

A suspect was also identified in relation to a separate fly-tipping incident, in the Regent Street area, who will also be PACE interviewed “in due course”.

This resulted in a day of target action – focused on the lane between Lombard and Regent Street in Barry – on May 5.

Waste Crime Unit officers were at the scene and have confirmed: “A number of separate fly-tipping sites, in that lane, have been investigated and suspects identified.

“Appropriate action will be taken.” 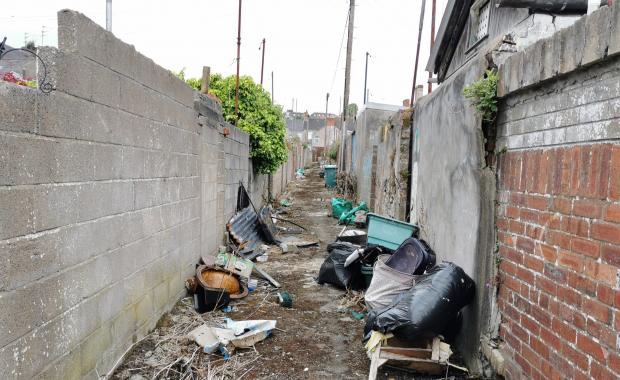 People can report fly tipping in the Vale of Glamorgan here.