By Hannah Mcdonald For Mailonline

Kung fu legend Bruce Lee might have died from drinking too much water, doctors have claimed nearly 50 years after he passed away.

The martial arts supremo-cum-Hollywood star died aged 32 in the summer of 1973 while in Hong Kong.

An autopsy at the time showed Bruce had died from brain swelling, which doctors blamed on him taking a painkiller.

His untimely passing sparked rumours he may have been assassinated by Chinese gangsters, poisoned by a jealous lover, or the victim of a curse. Another theory was that he died from heatstroke.

Now, researchers have reviewed the evidence to rule that Bruce actually likely died of hyponatraemia.

‘In other words, we propose that the kidney’s inability to excrete excess water killed Bruce Lee,’ the team of experts wrote in the Clinical Kidney Journal. 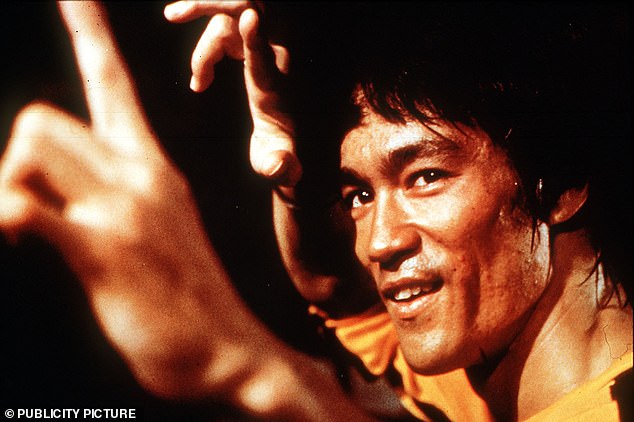 Film star and martial artist Bruce Lee’s mysterious death may have been as a result of drinking too much water, a new study has claimed

Hyponatremia means the sodium level in blood — which your body needs for fluid balance — is abnormally low.

An imbalance causes cells in the body to swell, including ones in the brain.

The study claims Bruce had multiple risk factors for hyponatraemia, including that he was drinking high quantities of liquid, using cannabis — which increases thirst — as well as other factors that decrease the ability of the kidneys, such as the use of prescription drugs and alcohol.

His wife Linda revealed how Bruce had a fluid-based diet of carrot and apple juice in the run-up to his death.

And Matthew Polly — who wrote the biography Bruce Lee, A Life in 2018 — refers to repeated water intake on the evening of his death. 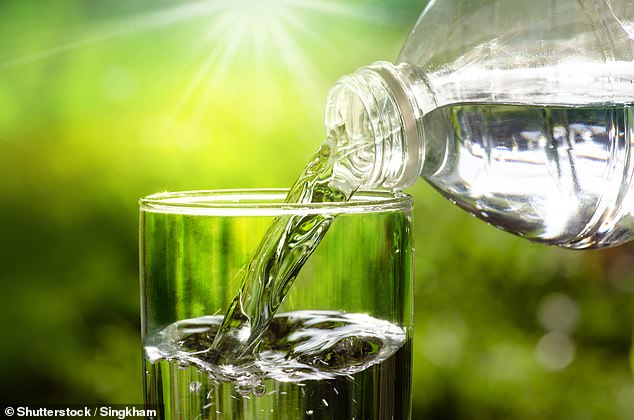 Matthew Polly – who wrote the biography Bruce Lee, A Life in 2018 – refers to repeated water intake on the evening of Lee’s death

The study concluded: ‘We hypothesize that Bruce Lee died from a specific form of kidney dysfunction: the inability to excrete enough water to maintain water homeostasis, which is mainly a tubular function.

‘This may lead to hyponatraemia, cerebral oedema (brain swelling) and death within hours if excess water intake is not matched by water excretion in urine, which is in line with the timeline of Lee’s demise.’

The researchers wrote that the fact the drinking of water was noted when it is ‘such a commonplace activity’ means it was likely ‘noticeably higher’ than those around him on the day he died.

Bruce has also been reported to have frequently used cannabis and in one letter described himself as ‘stoned as hell’.

Cannabis use can increase thirst and Mr Polly refers in his book to repeated use of the substance on July 20, 1973 — the day Bruce died. 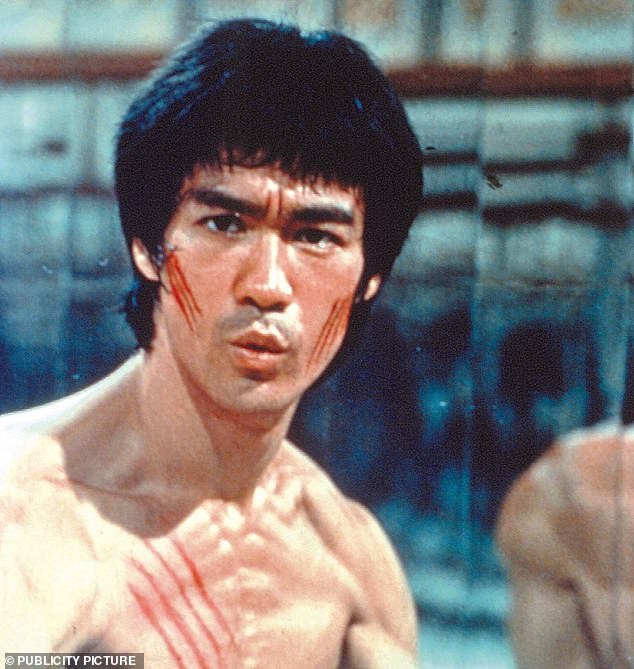 ‘In other words, we propose that the kidney’s inability to excrete excess water killed Bruce Lee,’ the scientists wrote (Pictured: Bruce Lee in Enter The Dragon)

The researchers suggest this may have been driving Bruce to drink excess water.

‘Ironically, Lee made famous the quote “Be water my friend”, but excess water appears to have ultimately killed him,’ they wrote.

He had a near-miss in May 1973 after collapsing and going into spasms following an editing session in a sweltering dubbing room with no air conditioning.

A doctor diagnosed him with cerebral oedema and Bruce admitted that he had eaten some Nepalese hash shortly before the episode.

Hyponatraemia means the sodium level in your blood is below normal and is the most common electrolyte disorder. It is more common in elderly people.

Your body needs sodium to be able to balance fluids and control your blood pressure, nerves and muscles.

The normal blood sodium level is 135 to 145 milliequivalents per litre.

Causes of hyponatraemia include:

What are the symptoms of hyponatraemia?

Symptoms of hyponatraemia include:

How is hyponatraemia treated?

Treatment for hyponatraemia varies on the severity but the first step may be to cut back the amount of liquids you drink or adjust your diuretic (water pill) usage.