Box sets are brilliant for these situations; getting stuck into an interesting new series can help you pass the time and give you something to look forward to, as well. 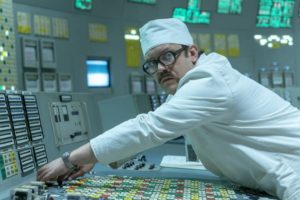 Though less than a year old, Chernobyl is already rated one of the best ever TV series on IMDB. This compelling docudrama tells the stories of those closely involved in the Chernobyl disaster and makes for utterly fascinating viewing.

Find it on: NOW TV, which offers a 7-day free trial 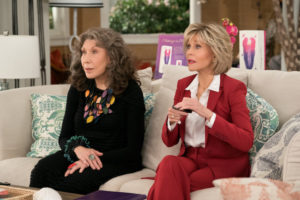 Jane Fonda and Lily Tomlin make a fantastic duo in this brilliant comedy series. The two lifelong friends are blindsided later in life when their husbands announce they’re gay and in a relationship. The two women decamp to the beach house to pick up the pieces and start again. Hilarity ensues.

Find it on: Netflix, which offers a 30-day free trial 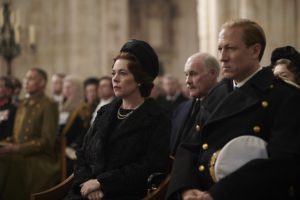 Olivia Coleman in The Crown

This historical drama about the reign of Queen Elizabeth II blends history and storytelling and makes for compelling viewing and an interesting look back over the major events of her reign. The first and second series begin with Claire Foy as The Queen, followed by Olivia Coleman, who takes over the role in series three and four.

Find it on: Netflix, which offers a 30-day free trial 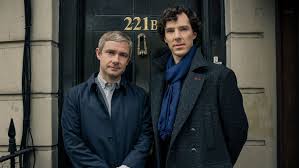 Whether you want to relive Sherlock or enjoy the famous series for the first time, all three series are available to watch on BBC iPlayer. Watch as the nation’s favourite detective takes on the world. 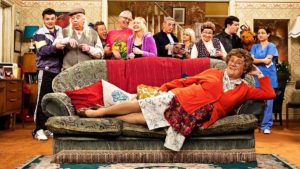 If you need some comedy in your life, you can watch Mrs Brown’s Boys back from the very beginning in series one. The show follows loud-mouthed Irish matriarch Agnes Brown, whose favourite pastime is meddling in the lives of her six children. 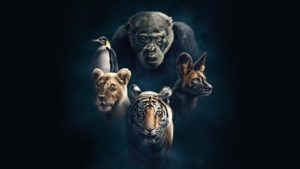 In lieu of being able to explore the world yourself, David Attenborough makes the perfect alternative. The series Dynasties follows five extraordinary endangered species fighting for survival. Also available on iPlayer is Frozen Planet, Planet Earth, Blue Planet and Africa.

Do you have any suggestions of great box sets for our Silversurfers community? Share your suggestions, and where to find them, in the comments below! Information from the Vale Council